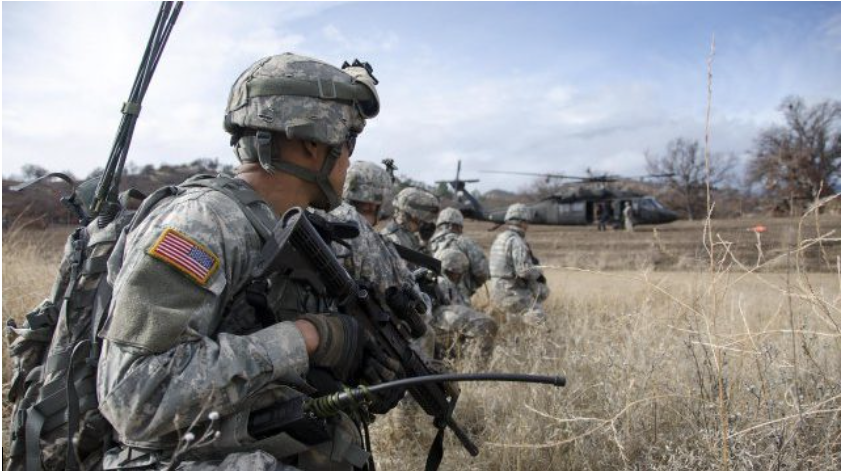 In his State of the State speech on February 12, the governor announced that at least 150 California National Guard troops will join a federally funded Counterdrug Task Force he said he will be "redeploying up north to go after all these illegal cannabis farms, many of which are run by the cartels that are devastating our pristine forests and increasingly themselves becoming fire hazards."

“There are legitimate concerns in Northern California particularly as it relates to illegal cannabis grows. They are getting worse, not better,” Newsom said.

However, Humboldt County sheriff William Honsal told NBC news, "We're seeing a reduced amount of trespass grows on public land in the last few years. We’ve had to actually turn away help because we don't see the trespass grows the way we used to.” The sheriff said cartels are "pulling out" of the business to focus on methamphetamine and heroin trafficking. On the day before Newsom's announcement, the Humboldt County Sheriff's Office announced its largest one-time seizure of heroin its history—12 pounds found during a traffic stop. Honsal said the suspects were Mexican nationals with cartel ties.

Honsel told the Eureka Times-Standard that, while he welcomes more resources sent to rural areas of California, Humboldt County "only identified a handful of trespass grows last year. We believe this is due to our enforcement efforts and the significant increase in marijuana supply and the rock bottom price (marijuana) is getting on the black market.”

Honsel credited the CAMP program in bringing down the trespass grow problem. CAMP (Campaign Against Marijuana Planting) eradicated over 600,000 marijuana plants in California last year, only half of the plants taken in 2017. The program peaked in 2009 when nearly 4.5 million plants were reportedly taken.

The federal Domestic Cannabis Eradication program claims to have removed 2.5 million marijuana plants in California in 2017, down from 3.8 million in 2016. That program also hit a peak in 2009 when 7.5 million plants were reportedly taken.

Cal NORML joined the Civil Liberties Monitoring Project of Humboldt county in suing over CAMP's tactics in the 1990s, pushing the program towards public lands. Read more on CAMP.

"Ultimately, the only thing that will stop large-scale profiteers and the environmental and public safety harms they cause is marijuana legalization at the federal level,” said Cal NORML director Dale Gieringer. Cal NORML would like to see lower barriers to entry for farmers seeking licensing under the state’s new regulatory system, as well as lower taxes on the regulated market in California.

(This report provided by CANORML.)