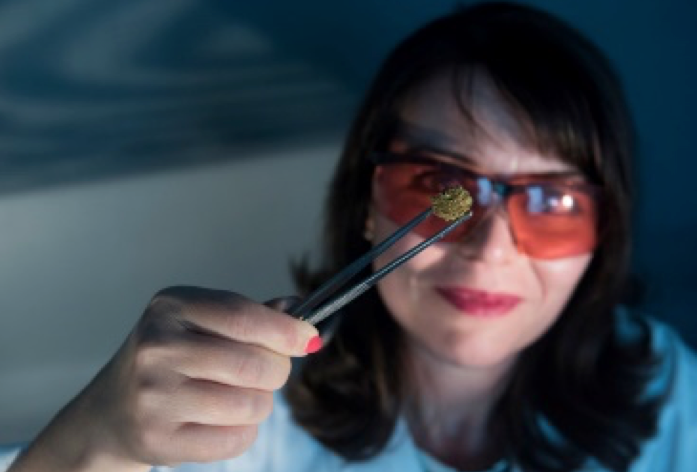 420 FILE--One in five batches of marijuana has failed laboratory testing since new state safety requirements kicked in July 1, according to data from the California Bureau of Cannabis Control.

Failures have been triggered by inaccurate labeling or contamination from pesticides, bacteria or processing chemicals.

Those testing requirements and results have left some retailers with severely limited inventory over the past few weeks, as cultivators and product manufacturers scramble to get compliant products to market.

There was a big gap at the beginning of the month with the supply of marijuana buds in particular, according to Nick Rinella, chief operating officer of Verdant Distribution, a Long Beach-based independent cannabis distributor.

The state has licensed just 31 testing labs, most located in Northern California, and many of them aren’t yet taking customers. As a result, Rinella said cannabis safety tests are taking between one and two weeks.

And this week the first cannabis product was recalled from store shelves because it doesn’t meet new standards regarding pesticide levels.

While that’s concerning, in the short term, industry experts believe it’s also a sign that California’s cannabis industry is maturing and starting to look like other regulated markets, such as alcohol and food.

California launched legal recreational marijuana sales and imposed new rules for the cannabis industry on New Years Day. But state regulators gave businesses a six-month grace period to comply with some rules, including a requirement that they could only sell products that had been tested for safety by a licensed lab.

That grace period ended July 1, and the state says since then labs have tested 5,268 batches of marijuana, about 20 percent of which failed to meet state standards. 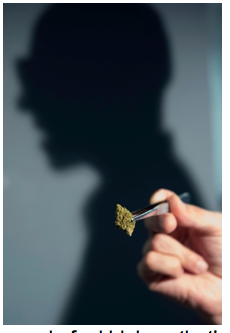 Those numbers would likely be higher if companies weren’t paying for independent lab tests before putting their products through the official supply chain, according to Verdant Distribution founder Brian Blatz.

“Smart brands are pretesting first, then testing again in the labs,” he said.

More than two thirds (68 percent) of the cannabis batches that failed in state tests did so because of inaccurate claims on the labels. Specifically, labels often over-state the amount of THC — the compound in cannabis that makes people feel high — that’s actually in the cannabis, according to Bureau of Cannabis Control spokesman Alex Traverso.

While that’s not necessarily a safety hazard, it can lead consumers to overpay for products that aren’t as strong as advertised.

Nearly one in five of the failed tests (19 percent) were related to pesticides. In some cases, the cannabis tested for traces of pesticides that are totally forbidden; in others, it tested with higher levels of pesticides than the amount deemed safe by state law.

Los Angeles-based company The Bloom Brand announced Wednesday it was recalling four vaporizer cartridges with cannabis oil that doesn’t meet state standards for safe levels of the pesticide Myclobutanil.The fungicide is commonly used on food crops, such as grapes and almonds, but is believed to be unsafe when heated — a process that’s common for marijuana smokers.

The Bloom Brand cartridges were sold to 100 stores throughout the state between July 1-19. It’s not yet clear how the products got to market after July 1 with unsafe levels of Myclobutanil.

“We are working closely with (state cannabis officials) to remedy this issue and expect clean, compliant products to be back on shelves in three weeks,” the company said in a press release.

Sign up for The Localist, our daily email newsletter with handpicked stories relevant to where you live. Subscribe here.

Some marijuana is testing positive for pesticides that cultivators never used, according to Micah Anderson, president of the Southern California Responsible Growers Council, a cannabis trade group. He said product from several growers who’ve taken over former vineyards, for example, failed initial tests because the soil was contaminated, with stricter limits on pesticides allowed in marijuana than in wine.

“For growers, this will definitively be the biggest challenge they face,” said Cliff Yeh, co-founder of Encore Labs, a cannabis testing center in Pasadena.

There are 60-plus banned or regulated pesticides. Growers can pass the majority of the limits on the pesticide guidelines, Yeh said, but if they fail on a few the whole batch is considered a failure.

Around 6 percent of lab test failures since July 1 have been due to microbial impurities, such as mold and bacteria. The most common microbes showing up are the fungus aspergillus and the bacteria e.coli and salmonella, all of which can develop in marijuana if it isn’t properly stored with careful controls for humidity.

Another 5 percent of failed marijuana samples have involved concentrated waxes and oils that tested positive for residual solvents, such as ethanol, butane and isopropanol. Those chemicals are used to extract THC and other active ingredients from marijuana plants.

Some additional marijuana testing requirements will be phased in Dec. 31.

And more as yet unspecified adjustments are expected, with the state still crafting permanent industry regulations. But just three weeks after the latest testing requirements took affect, Rinella said shelves at marijuana shops are starting to fill back up with product deemed safe for consumers.

Profit margins for most licensed cannabis companies remain thin as they struggle to make it through turbulence that comes when a gray market is fully legalized, Blatz said. But the producers that do survive are competing to see who will be the first Anheuser-Busch of cannabis.

“Because the market is still maturing, there’s not really brand loyalty yet,” he said. “But it’s coming.”

(Brooke Staggs writes for the Orange County Register. This piece was posted most recently at CaNORML.org).