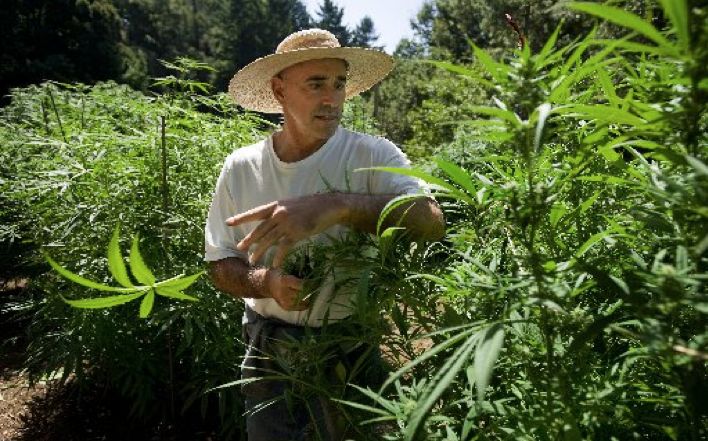 420 FILE—(Ed Note: The LA Times headline on April 23: “LA has yet to license a single marijuana manufacturer, leaving businesses shut out of the city’s legal market.”  Budget Advocate Co-Chair Jay Handal is not surprised.)

As we hit the end of April, the new marijuana state law has yet to be implemented.

Why is it that Los Angeles is constantly run as a broke and broken City?

How is it our Mayor can continually tout the great awards the City receives, yet we can't even afford to purchase tree stump removal machines?

Now, an opportunity to bring in fresh new revenue, and we screw it up.

For years, marijuana cooperatives have operated under "Prop D", allowing them limited immunity.

January 1 opened all new doors and opportunities, but because we are broke, we obviously did not have the funding to fully fund and staff a new department.

So, again I ask, why is it that four months after the start date, there are still many Prop D compliant shops waiting for their permits?

How about this: on January 1, all Prop D shops should have received a 180-day temporary permit to operate, then have their paperwork received, checked, and permanent permits issued, or temp permits revoked?

Gee, what a novel concept … efficiency.

And, what about the rogue shops and enforcement? They still operate with impunity.

The cannabis page has a link to report illegal shops, but nothing happens.

Shops get raided, and re-open within weeks with the same operators in the same buildings.

Once again, a lack of true leadership in our city.

(Jay Handal is Co-Chair of the NC Budget Advocates, treasurer of the West Los Angeles NC and Los Angeles Police Commission Hearing Examiner. He is also a consultant to the cannabis industry. Mr. Handal’s views are his own.)