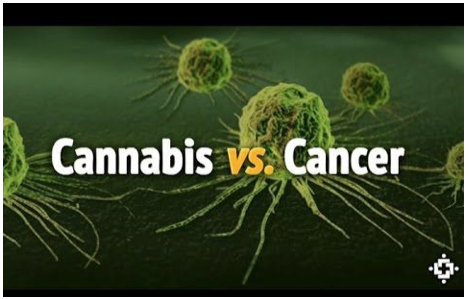 420 FILE—I receive this question in my email recently looking for some hope for her mother’s health crisis. This is what she wrote:

My mother is battling cancer. She has lost 35lbs and now weighs less than 100 pounds. Watching this illness ravage her body has been devastating for our family. She has had chemotherapy and radiation, and it made her so sick. I heard that cannabis actually kills cancer. Is cannabis really a treatment for cancer, or just a way to control the nausea, vomiting, pain and lack of appetite from chemotherapy? I want so badly to help her in any way that I can. Thanks,

And this is how I responded:

I am so sorry to hear about your mother’s illness. Unfortunately, cancer has become so prevalent that it has an impact on most people: either they have been diagnosed, or they know someone who has been diagnosed.

Traditional cancer treatments are very difficult to endure and are toxic to our normal cells as well as the cancer cells. It is possible to die from the treatment for cancer, and not the actual disease. Therefore, it is imperative to know all the tools and options available in this fight for life. This is a huge subject, so I will touch on several topics and provide resources for additional education and guidance.

To really understand how cannabis fights cancer, its important to know how our Endocannabinoid System (ECS) works. Here is the link to a short but informative video on the ECS:

Originally, cannabinoids (compounds in the cannabis plant (phytocannabinoids), as well as those produced in our bodies (endocannabinoids) were used to manage wasting, nausea/vomiting, and pain for cancer and HIV patients. When it was discovered that cannabinoids were targeting and killing cancer cells, interest in the anticarcinogenic properties of cannabinoids surged. Since the discovery of the ECS in 1996, several cannabinoids have been shown to exert anti-proliferative, and pro-apoptotic (programmed cell death) effects and inhibit cancer cell migration, adhesion, metastasis, and invasion in several cancer types including glioma, lung, thyroid, lymphoma, skin, pancreas, uterus, breast, prostate and colorectal carcinoma.

Research on cannabinoids has contributed to the understanding of the biological actions of these molecules and of their medical significance, in almost every bodily function and disease process. You can review the research on cannabinoids for cancer therapy, here: https://www.ncbi.nlm.nih.gov/pubmed/28948607.

In the search bar, type “cannabinoids cancer” and you will see more than 1,000 medical research papers to choose from. If you want to narrow your search, specify the type of cancer, i.e., “cannabinoids breast cancer.”

Watch this short video on how cannabis and cannabinoids kill cancer cells:

One of the outstanding cancer researchers, Dr. Christina Sanchez, explains the research they have done over the last 15 years on how the cannabinoids work to kill cancer cells:

Cancer therapeutic drugs (chemotherapy) are well-known to cause nausea, vomiting, pain, and loss of appetite. This video is a brief overview of how chemotherapy affects the body:

On the other hand, cannabis is well known to relieve nausea, vomiting, pain and loss of appetite (the “munchies”).

Here is a video on how cannabis manages the side effects of chemotherapy:The nausea and vomiting related to chemotherapy can be hard to describe. It can be horrible, depending on the chemotherapy drug. THC is the best cannabinoid to employ to relieve nausea. The quickest and most effective method of consumption is via vaporization. The onset of action is about 15 seconds, which is a godsend for patients. Unfortunately, it only lasts for a couple of hours, so whenever possible, follow up with an edible, which will have a much slower onset, 1 to 2 hours, but lasts for 6 to 8 hours. Ideally, the edible will kick in just as the effects of the inhalation start to diminish, and will last for several hours. Dosage is a very important factor in the success of cannabis therapy, so if you don’t have a medical professional to consult with, start with a low dose and increase the dosage slowly, until you find the lowest effective dose.

Finally, because cannabis is a Schedule 1 drug (no medical application, highly addictive and unsafe; NOT true) along with heroin and LSD, very little human research has been done, but here are some personal accounts of how cannabis impacted cancer patient’s quality of life.

I hope these resources will bring comfort and benefit to you and your mom. Please contact me if you would like personal guidance on cannabis therapy.

(Susan Marks RN, BSN, PHN is a medical cannabis educator and consultant based in Los Angeles. You can contact her at hello@dearnursesusan.com)