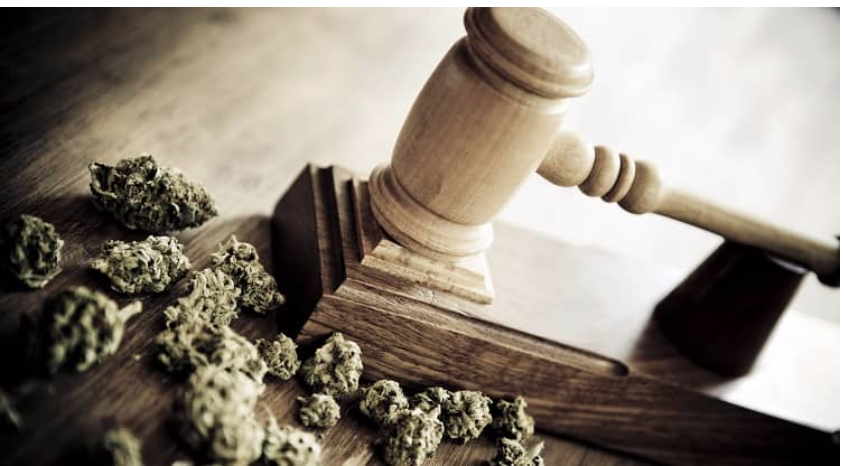 420 FILE--The California Department of Justice met its deadline on Monday for sending data on cannabis convictions to the district attorneys of every county in the state, so the DAs can begin the process of expunging those convictions from the records of more than 200,000 people.

But that doesn't mean the problem is solved. People with pot convictions on their records should be diligent about making sure that their records are cleared, because the law mandating that the state expunge those records has left some holes.

The situation could be a lot worse. When Proposition 64 passed in 2016, legalizing recreational pot use, it contained a provision for "resentencing and destruction of records for prior marijuana convictions." That's only fair, of course. Somebody busted for holding a joint before legalization shouldn't have to suffer the indignities of being a convict while there's a store down the street selling buds and vape pens. But the state included no mechanism for getting those records expunged, and Californians were forced to endure and arduous and expensive process of petitioning the courts.

Enter Assemblymember Rob Bonta (D-Alameda), who introduced a bill, AB 1793, which automates the process. With the passage of that bill last year, the state DOJ was ordered to turn its conviction records over to county district attorneys by Monday. That's done. Now the DAs have until July 1, 2020 to go through all those records and decide which should be expunged — and which should not. The DAs in turn must send their decisions to the courts, which make the final determination. But Bonta's bill included no deadline for the courts to act, and there's no guarantee they'll do so in a timely fashion.

"It could be years," before some people's convictions are expunged, said Rodney Holcombe, a staff attorney with the Drug Policy Alliance, which backed the Bonta bill and which has helped people across the state get their records cleared.

When the bill was introduced in January of 2018, I asked Policy Analyst Blaine Corren of the Judicial Council of California whether the court system was prepared to handle the task. He wasn't sure.

"The bill may apply to literally tens of thousands of individuals," he said. (It's actually more than 200,000). At the time, Corren was going on the assumption that the courts might have to do the spade work to actually gather all the records. That turned out not to be the case — the DOJ has now done that for the courts — but just the task of adjudicating them all is still a massive undertaking. Corren didn't respond to requests for comment on the current situation, and messages life with the Judicial Council were not returned.

Bonta didn't respond to questions about why the courts weren't given a deadline in his bill, other than to note that the bill appropriated $13.9 million for the task, which should be enough to get it done in a timely fashion.

California NORML, which also pushed for the bill, is generally happy with what it got, but is also worried about the possibility of a slow-roll by the court system. "It could definitely be years," noted Ellen Komp, that group's deputy director, agreeing with Holcombe. "The courts are already clogged."

For that reason, Komp advised that "people still need to be proactive" to make sure their records have been cleared. Calling the public defender's office is a good first step.

There's another reason people need to be vigilant, she said: The Bonta bill contains no provision for letting people know that their records were not cleared. "Few people even knew before this that they could apply" to have their convictions expunged, she noted. For people who want to appeal decisions by either the county DA's office or the courts, that problem still exists. They might apply for a job or try to rent an apartment, only to find out that "their assumption that they had a clear record turns out to have been wrong."

William Armaline, director of the Human Rights Collaborative and associate professor of sociology at San Jose State University, has been a leading advocate for expungement, and supported the Bonta bill. He said he's heard several takes, from people in and out of government, on how efficient the courts will be: "Everything from 'Don't worry about it' to 'Oh my god, the courts have no idea what's coming,'" he said.

Finally, this all assumes that county DAs are all on board, and willing to get the records to the courts by the deadline. Some might not be. Despite the legal requirement of meeting the deadline, Armiline said, "I'm frankly concerned that the DAs are going to drag their feet on the front end as well." Some might just be of a conservative "tough on crime" bent and philosophically opposed to expungement, where others might not want to lose the convictions on their records, even if those convictions are years old, as many are.

District Attorneys now have the power to write off that pot bust. But nothing is forcing them to follow through with the law.

(Published most recently at canorml.org)