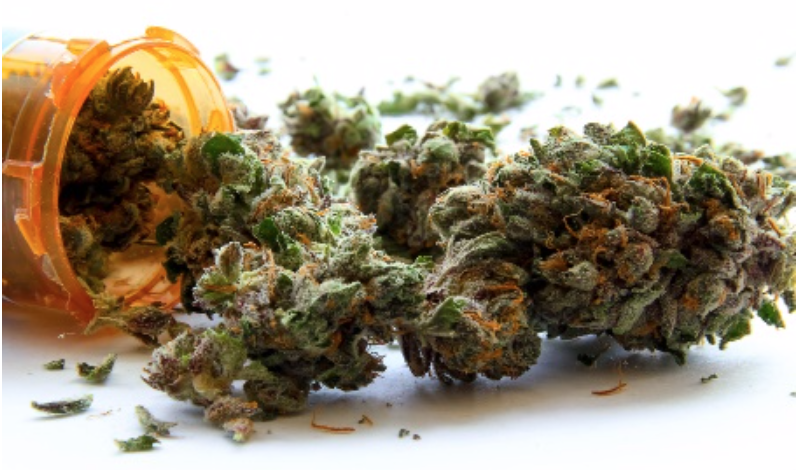 420 FILE--In the struggle to address rising levels of opioid misuse and mortality, an unlikely ally has emerged: marijuana.

The relationship between cannabis and opioid use is among of the best-documented aspects of marijuana policy. In short, the science demonstrates that marijuana is a relatively safe and effective pain reliever — and that patients with legal access to it often reduce their use of conventional opiates.

Over 35 controlled clinical trials, involving over 2,000 subjects, have been conducted to assess the safety and usefulness of cannabis or its components for the treatment of chronic pain. Many of these trials specifically evaluate the plant’s ability to target hard-to-treat neuropathic pain.

An exhaustive literature review of over 10,000 scientific abstracts by the National Academy of Sciences, Engineering, and Medicine determined: “There is conclusive or substantial evidence that cannabis is effective for the treatment of chronic pain in adults.”

In clinical trial settings, pain patients provided with cannabis as part of their treatment typically reduce their use of opioids.

It’s worth looking at in some detail.

For instance, in one recent study — which assessed cannabis use among the elderly — investigators reported that over 18 percent of the study’s participants “stopped using opioid analgesics or reduced their dose.” They concluded: “Cannabis can decrease the use of other prescription medicines, including opioids.”

Another clinical trial, which looked at cohort of over 1,200 cancer patients over a six-month period, concluded that nearly half of respondents reported either decreasing or eliminating their use of opioids when given access to cannabis during their treatment.

In yet another recent trial, Columbia University scientists documented that using cannabis along with “sub-therapeutic” — that is, lower than usual — doses of opioids resulted in pain relief at a level “comparable to an effective opioid analgesic dose.” These findings point to the “opioid-sparing effects of cannabis,” investigators concluded.

Given this reality, it should hardly come as a surprise that in states where cannabis is legal, rates of opioid-specific abuse, hospitalizations, and mortality fall. One particularly notable study reported a 20 percent decrease in opioid-related deaths one year following the enactment of medical marijuana legislation — and a 33 percent reduction in mortality by year six.

Assessments of pain patient cohorts in medical cannabis access states affirm this observational data. For example, the Minnesota Department of Health in 2017 reported that over 60 percent of state-registered patients using cannabis for chronic pain “were able to reduce or eliminate opioid usage after six months.”

Minnesota’s findings are hardly unique. 2016 data gathered from patients enrolled in Michigan’s cannabis access program reported that marijuana treatment “was associated with a 64 percent decrease in opioid use, decreased number and side effects of medications, and an improved quality of life.”

A 2017 assessment of medical cannabis patients in Illinois revealed that participants in the state-run program frequently reported using marijuana “as an alternative to other medications — most commonly opioids, but also anticonvulsants, anti-inflammatories, and over-the-counter analgesics.”

The available scientific data to date is consistent and persuasive: For many patients, cannabis offers a viable alternative to opioids.

It’s time for lawmakers and health officials to recognize the well-established power of medical marijuana to treat chronic pain — and to acknowledge its emerging role in combatting the opioid abuse crisis.

(Paul Armentano is the Deputy Director of NORML — the National Organization for the Reform of Marijuana Laws. This perspective was provided CityWatch by OtherWords.org.)