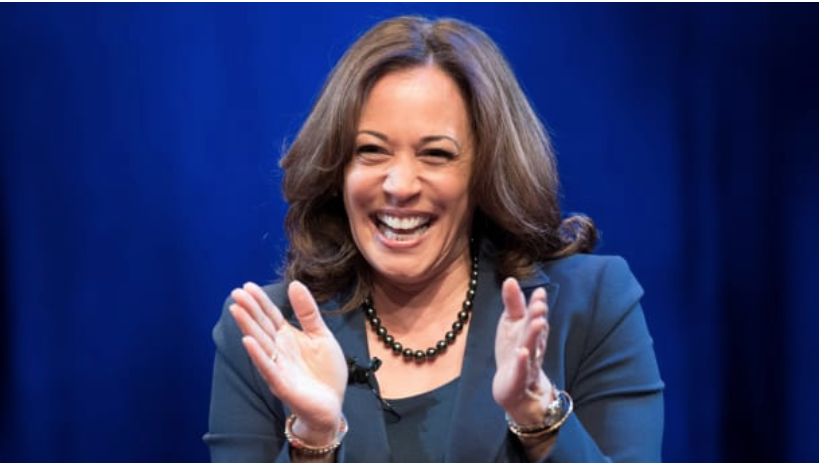 420 FILE--California Senator and Presidential Candidate Kamala Harris has admitted she smoked pot in her past, and says she is "absolutely in favor of legalizing marijuana," harkening to her half-Jamaican heritage and citing the mass incarceration resulting from cannabis prohibition, particularly of young black men.

Interviewed on The Breakfast Club radio show in NYC, Harris called for more research into marijuana's effect on developing brains, and into measuring impairment of drivers using cannabis.

Harris said she smoked joints (not blunts) when she was in college, while listening to music by marijuana-lover Snoop Dogg and Tupac Shakur. "Do you remember the high?" she was asked. "I do," she replied. Asked if she might start smoking again, she said, "I think it gives a lot of people joy, and we need more joy in the world."

Harris said she always supported medical marijuana, although while she was sitting AG she said nothing when the Federal government moved to shut down state-legal medical marijuana shops, including well-respected shops in her own home city of San Francisco where she had been District Attorney.

As DA of San Francisco, Harris opposed Prop. 19 to legalize recreational marijuana in California in 2010. “Spending two decades in court rooms, Harris believes that drug selling harms communities,” said Harris’ campaign manager Brian Brokaw at the time. “Harris supports the legal use of medicinal marijuana but does not support anything beyond that.”

In 2014 while running for re-election as AG, she laughed it off when it was pointed out that her Republican opponent was in favor of full adult-use legalization. (“Marijuana can cause the giggles,” jokes Cal NORML director Dale Gieringer.)

When the ultimately successful Prop. 64 was on the ballot to legalize adult-use marijuana in California in 2016, Harris declined to comment on any ballot measures, saying as acting AG her office was responsible for writing official titles and summaries of initiatives.

"We're happy California's Senator Harris has evolved on the marijuana legalization issue and hope to dialog with her and her staff as her campaign moves forward," said Cal NORML deputy director Ellen Komp. A recent poll showed that 54% of Californians are happy with legalization, and national polls are showing strong support for legalization everywhere.

"Calling for more research is a bit of a dodge," Komp added. "There have been tens of thousands of studies on marijuana's effects, going back to the 1970s and even earlier."

Cal NORML sits on a California Highway Patrol task force that is looking at ways to measure driving impairment from cannabis use, and UCSD is completing a state-funded study this year comparing oral swab tests with a tablet-based computerized test for impairment on the roadway. More on cannabis and driving.

Harris is one of several presidential candidates who favor marijuana law reform, some of whom have advanced bills to legalize it at the federal level, such as Cory Booker, Elizabeth Warren, Kirsten Gillibrand, and Tulsi Gabbard. The newly-declared candidate Amy Klobuchar says she has opposed federal moves to dismantle Obama-era protections for state-legal marijuana businesses. As for Joe Biden, he owes us an apology for his past.

California NORML, the state chapter of the National Organization for the Reform of Marijuana Laws, is a nonprofit membership organization that has been advocating for the rights of cannabis consumers in California since 1972.