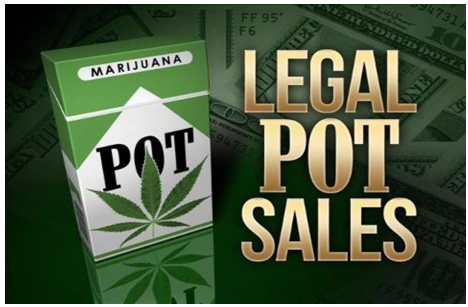 420 FILE--Recreational marijuana sales will be legal in California come Monday morning, but Angelenos will have to wait a day — and will have limited options — if they want to buy cannabis without taking a road trip.

As of Friday afternoon, only two shops in the Greater Los Angeles area had been granted licenses to start recreational sales. Both are in West Hollywood and, at the city’s request, will open Jan. 2, not on New Year’s Day.

The next-closest options are in San Diego and the Palm Springs area, according to a list of licensees maintained by the California Bureau of Cannabis Control.

The two West Hollywood shops are expecting a rush of business Tuesday, both because of the novelty of legalization and because of the lack of other local options. They’ve been stocking up on inventory and training workers in advance of what’s likely to be a hectic first few days and weeks.

“We’re in uncharted territory,” said Daniel Yi, a spokesman for MedMen, the operator of one of the two West Hollywood shops. “You can only stock so much marijuana product in a building. We can’t have the entire population of LA come shop at our location.”  (Read the rest.)