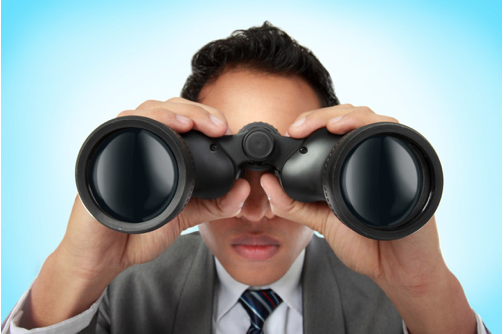 DONE WATCH--On a timeline of world history, Democracy itself is but a blip that lights up (and burns out) every now and then.  Greece, Rome, Liberia ...  Weimar Germany, all democracies--some spanning centuries-- that looked good on paper but ultimately fell apart.  Given that, our neighborhood council system is essentially an experiment within an experiment, a trial run that for fifteen years, thousands of volunteers have put their time and energies into "empowering" their communities.

At this point one would think "NC’s" should be hitting their stride, but in reality the system is circling the drain, arguably one citywide budget crisis away from being defunded.  And while L.A.'s fiscal reckoning hasn't quite arrived, anyone who knows anything, knows it’s coming.

Whose necks get stretched first under a LA budget ax?

Guiding our councils --or at least trying to-- is the Department of Neighborhood Empowerment, aka “DONE” aka "EmpowerLA" aka "the Department."  Their city charter defined mission is to assist NC’s in initially forming, and then to help them manage their operations.  What "assisting" and "helping" entails is left intentionally vague, and over the past few years, it has become painfully obvious DONE is making it up as they go along.

In other words and acronyms, 15 years later, the fate of our neighborhood councils rests with the efficacy of a department known for not being able to get out of its own way.

There is no definitive user manual for NC’s.  Along with the Citywide Plan, there's the City Charter, the Ralph M. Brown Act, the Los Angeles Administrative Code (LAAC), a bunch of City Attorney advisories (some actually written down), a packet of Board of Neighborhood Commissioners (BONC) policies, and of course, federal, state, and local laws.  Yet, a lot of these regulations are contradictory, obtuse, or outdated and superseded, which just makes the mess messier; a circular paper trail that leads to hand-wringing frustration.

Nowhere does the City Charter say DONE is "in charge" of Neighborhood Councils.  That's an inherent mantle they've assumed to remain viable.  In 2010, they were "targeted" by then Mayor Antonio Villaraigosa in a cost-cutting effort, where they just barely escaped being voted off the island.  Since then, job #1 at DONE is self-preservation.  Period.  Hard stop.

To underpin an air of irreplaceability they weaseled back into "managing" NC elections after a blue-ribbon commission strongly recommended they keep out of them.  When their 2016 online voting "pilot" went sideways, they were politely asked to stand down and focus only on election "outreach", another area frankly they're ill-suited for.  Finally, NC funding operations, a service DONE was tasked with was unceremoniously transferred to the City Clerk, who wrote a comprehensive do's-and-don'ts manual.  "Wrote" as put it in writing and memorialized with an "as of" date.  A tried-and-true management process DONE just isn't very good at.

Recently, they've rung up some high profile gaffs; from a regional grievance panel "kangaroo court" for Studio City to untrained staffers demonstrating how NOT to run a meeting in San Pedro, to an nonsensical communication breakdown in Venice, to Skid Row's FUBAR neighborhood council sub-division to being read the riot act by Los Feliz for sending them a "snitch," what's becoming practically undeniable across the city is DONE is broken from the top down.

They operate in a nebulous, no-accountability, zone somewhere between the Mayor's Office, the City Council, and a mayoral appointed Board of Commissioners.  DONE's managed to draw a picture of a dysfunctional NC system that without their oversight would run amok and bring a deluge of litigation against the city.  In doing so, they and the City Attorney's NC Advice Division have seamlessly moved from assisting NC’s to policing them.

They are The Watchers on the wall.

But what they have not managed is taking responsibility for things that haven't worked.  Of the NC’s who "piloted" 2016's online voting, about 50% saw a voter increase, the others saw a measureable decrease from the old school, reliable, paper ballots.  And that's if you count by councils, if you tally up the aggregate citywide voting numbers, the results are far more underwhelming.  Yet online voting costs twice as much, especially when creating "pop-up polls" to goose the online numbers.  The whole point of online voting was to create convenience for stakeholders to vote from home or work, not to pay staff to man Election Day iPad mini polls to wrangle in voters like carnival barkers.

DONE claims online voting was a success... since when is 50% a passing grade?

No one takes smoke and haze and paints it into blue skies quite like DONE General Manager, Grayce Liu, speaking in front of City Council.  With her "everything-is-awesome" view of the world, total meltdowns are minor glitches, easily overcome... the next time.  How many people get to fail miserably and still get a "next time?"

If you're smarter than the average bear and point out their numbers don't add up, or the story isn't quite what's being told, or you've been given conflicting orders ...  You are then painted as a gadfly, kook, malcontent, or bad actor, just miffed about whatever it is you're angry about solely based on you own myopic motivations.

DONE WATCH is here is for one reason.

To be a shared venue where those who sacrifice their time, talents and treasure to better their neighborhoods and give them voice in LA's municipal dialog.  Circumstances now compel us to unite our voices to show these problems are not isolated to any one person or council; they are systemic, and bordering on institutional failure.

L.A's neighborhood councils now need to chart their own directions.  And the only way to manifest a course correction is to speak with one undeniable voice.  Not to break down any one organization, but to build all of them up, simultaneously.

Welcome to ‘DONE Watch’! Click here NOW to find out how you can help.