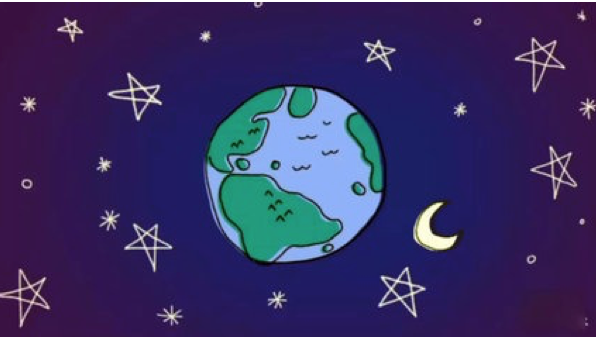 EASTSIDER-For those of you who have gone to a Neighborhood Council meeting, it’s obvious that they are usually long and boring! Most of the reason for this is the Brown Act, as interpreted by DONE and their secret owner, the Los Angeles City Attorney, and it’s been an exercise in blocking and controlling the NCs without regard to the rule of law. It doesn’t have to be that way.

What most people don’t understand is that LA’s Neighborhood Councils were only an afterthought to the Brown Act. They are fundamentally different from any other agency covered by the Act, which is designed to curb abuses by public legislative bodies, such as Cities, Counties, and Special Districts.

The reason they got stuck in the Brown Act in the first place, is that no one really knew what Neighborhood Councils would turn into, so there was a compromise made which resulted in their inclusion under the Act to limit the damage which they might try and inflict on the City Council. That’s it.

Of course, the reality is that most people these days have the attention span of a gnat, because they are worrying about getting/keeping a job, paying rent or a mortgage, using their smart phones and email and Instagram etc., and watching the world around them implode. So, Neighborhood Councils aren’t something that people get involved in. If you don’t believe me, just ask your neighbors what an NC is.

How Neighborhood Councils fit in to the Ralph M. Brown Act is nowhere to be found, since everyone knew that they are not real legislative bodies. What the politicians did know, however, was that the San Fernando Valley was about to secede from the City of Los Angeles, and take away all those lovely resources and tax money.

That fear brought about the Neighborhood Councils as a band-aid and to take the heat off the politicians. Their sinecure was about to be rent asunder, and they freaked out. All they wanted out of the Charter changes was to shut Mayor Riordan up and blunt the secession attempt with any tool they could find. Thus came the two Charter Commissions, and the ultimate hodgepodge Charter language that resulted in the Neighborhood Council Charter Amendment.

Once Valley Succession failed, the political establishment had to figure out how to neuter and control their creation, the Neighborhood Council System. From that came the sloppy and obtuse language of the 1999 Charter Amendments.

For the first few years, the Neighborhood Councils actually functioned pretty well, with thousands and thousands of stakeholders participating in elections, including Councilmember Jan Perry, who was on the Board of two Neighborhood Councils. DONE stayed out of the way, funds and staff support were available, and each Council went its own way.

That was due to the first General Manager of DONE, one Greg Nelson, a former staffer for Councilman Joel Wachs, and still an occasional contributor to CityWatch. In short, the was a P.I.T.A. (pain-in-the-ass) to the establishment, so he was dumped in 2006, as soon as that paragon of weakness and Charter Schools, Antonio Villaraigosa, became Mayor. You can read more about Greg in his Exit Interview.

I wrote about the history of all this back in 2014, in a CityWatch article called “The Defenestration of the Neighborhood Council System.”

Setting the context, it is clear on its face that Neighborhood Councils are not clients of the LA City Attorney!  They are not LA City employees, City Councilmembers, Department Heads, or Board and/or Commissions appointed by the Mayor of the City of Los Angeles and confirmed by the City Council.  If they really were, then the City Attorney would have to provide counsel at each of the 97ish Neighborhood Council Board meetings.

No sir, the real clients of the LA City Attorney are BONC and DONE.  BONC is a Board populated by mayoral appointees, and DONE is a Department with LA City employee staff and a Department Head appointed by the Mayor.

Their main job is to control and to squish any attempts by Neighborhood Councils to actually do what the Charter says they can do -- speak truth to power and hold the feet of the elected officials to the fire. I have written about this before.

If for any reason you doubt what I’m saying, do a public records request for an email from Elise Ruden (General Counsel Division of the City Attorney) to the Studio City Neighborhood Council, dated July 28, 2017.  In it, she tells the Studio City NC that they can’t discuss calling for a criminal investigation regarding the 2016 Election (see my prior posts on this here and here).

Her reasoning fails to mention that the actions taken by DONE and the LA City Attorney’s in these elections are the main focus of the Studio City NC’s demands for justice. So, the real lawyer big guns from City Attorney Central had to step in, because they have a huge conflict of interest and are simply covering their (DONE and DONE’s City Attorney’s) ass, without being honest and disclosing their direct role in the election outcomes.

Anyone still doubt that this system is rotten to the core?   Hey David Ryu!

The Brown Act as a Red Herring

Here’s a link to the actual Ralph M. Brown Act. Read it at your own peril. You will see that there is nothing in here about the actions that Neighborhood Councils take.

You might note there is nothing in the actual Act that says a Neighborhood Council Board meeting has to be canceled if there is no 72-hour advance notice. Not at all. What the statute speaks to are procedures for the public to challenge violations of the Brown Act and request remedies. You can read all about this stuff in an article on Enforcing the Brown Act.

When Grayce Liu and her merry Band run around telling a Neighborhood Council that they have to cancel a meeting because it doesn’t comply with the Brown Act, remember two things. First, they ain’t lawyers and they cannot force you to do this. Besides, if you ask two or more of her staff you will likely get two or three different answers as to what’s being violated.

And same for the City Attorney’s office. First, they aren’t the Neighborhood Council attorneys. They are DONE’s. And all this bullshit about “confidential” secret missives from the City Attorney telling a Neighborhood Council what they can and cannot do under the Brown Act is drivel. These missives are not legal opinions, don’t comply with the requirements of a real legal opinion, and cite no laws or material case law.

With all the preliminary actions that have to be taken in demonstrating an actual Brown Act violation requiring a remedy, there are bunches of opportunities to cure and correct any real violation prior to going to Court. C’mon. I’d love for the City Attorney to tell an NC exactly what potential violation is going to qualify for injunctive relief from a court. Or any other relief.

If you want to know what the Act really means, and how to enforce it, take a gander at a very good website from the First Amendment Coalition,  which includes sample “cure and correct” and “cease and desist” letters. Ever see one?

Between working for labor unions, management, running a public-sector labor commission in Southern California, nonprofits, and serving as a neutral mediator, I’ve been dealing with public agencies, including the Brown Act for over 40 years.

I am not an attorney (thank god), but I’ve hired and worked with more than I can count, and I do know what I have read, observed, and participated in.

What is clear is that the City Attorney is not a friend of Neighborhood Councils. They are the attorneys for BONC and DONE. If BONC and DONE want to cancel an NC meeting or void an action, then the City Attorney should do its job and represent BONC or DONE, demanding that a Neighborhood Council has to do something or be at risk for I know not what. Good luck with that.

In the meantime, “LA’s Neighborhood Councils Are Gettin’ BONC’d and DONE In.”

PS - I know this column is a bit long, but there are endless instances of the dirty dealings of both DONE and their tame LA City Attorney. If you have a story to tell about any of this, feel free to contact me at [email protected].

I promise total anonymity unless you specifically state differently, and it just might feel good, too.