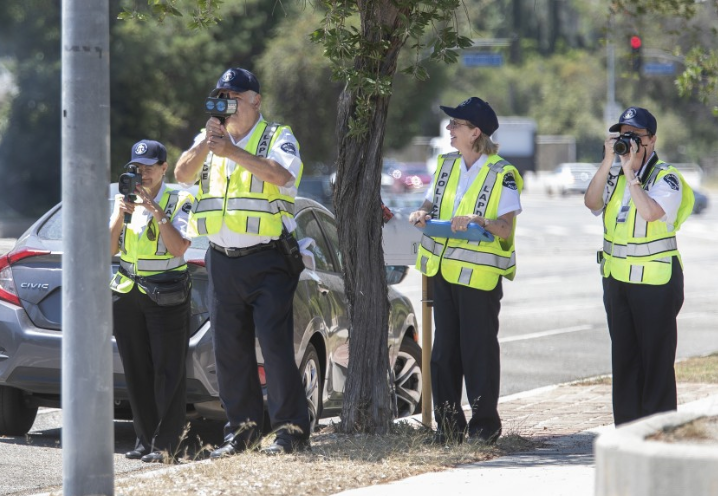 VOICES--As a silver Toyota Prius barreled down Balboa Boulevard in the San Fernando Valley, Karla Hanley aimed a radar gun at the car.

“It’s 54 on this one,” yelled Hanley, who was wearing a reflective vest emblazoned with the word “Police.”

Terri Perez then focused a camera on the car, snapping a photo of the license plate. The Los Angeles Police Department will soon send the driver a warning letter about going 14 mph over the speed limit.

After starting in the Devonshire Division, the program has grown to more than 400 volunteers across the city. But now, Chief Michel Moore wants to recruit 5,000 individuals to serve at least eight hours a month. The duties have expanded from basic patrols to undercover surveillance and operating bike and horse units in the San Fernando Valley and walking the beat with officers on Hollywood Boulevard. (Read the rest.)