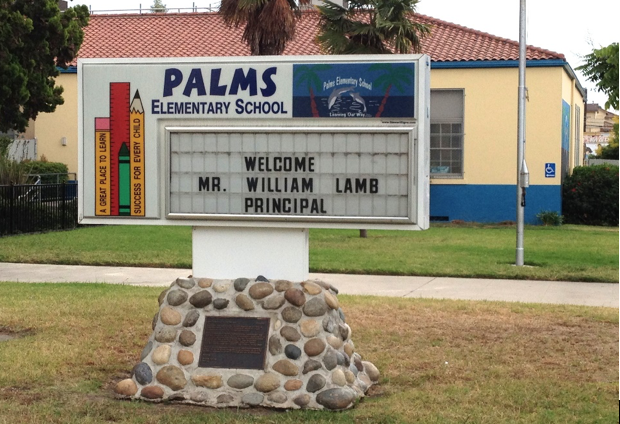 VOICES--In a May 11, 2018 letter, LAUSD officials are urging the City to approve a developer’s 73-foot tall apartment building in exchange for a half-million-dollar donation – even though the City admits that the project will emit toxic chemicals right next to a kindergarten playground.

Since mid-December 2017, disabled students, teachers, and other students at Palms Elementary School have been involved in state and federal litigation asking courts to protect them from the City of Los Angeles, and developer Hiro Kobayashi, who plan to shower their school and kindergarten playground with cancerous dust and other toxic chemicals as part of a 73-foot-tall construction project. The project was pushed through the City Planning Department with no environmental review, no health risk assessment, no notice to parents, and no mandatory protections in place for the children and teachers at the school.

In pending state and federal lawsuits, the children and teachers claim, and the City has admitted, that the project will “create emissions of dusts, fumes, equipment exhaust, and other air contaminants … PM2.5 and PM10 emissions … NOx emissions … ROG emissions.” Courts have held that these toxic emissions can cause reduced lung function and premature death, particularly in children.

In the May 11th LAUSD letter, District officials detail to Councilmember Paul Koretz, Kobayashi’s offer to “donate” the half-million dollars, if and only if, the City issues further permits for him to continue his project – thus, paying to build right next to where children play.

Parents, teachers and community members are outraged. Palms Elementary teacher, Brittany Dorn said, “I am hurt and angered that the District would make a donation a higher priority than the well-being of our staff and students.” Christal Lord, who also teaches at Palms, explained “Our students and community should be protected from the greed of these developers.”

Olu Orange, a Palms parent and attorney, noted, “This is borderline unlawful and entirely unbelievable. Who would condition a so-called donation on being allowed to risk the health of children?” Lee Wallach, head of the Motor Avenue Improvement Association, exclaimed, “The community would like to know why the LAUSD School District is accepting $500,000 to support this development and doing nothing to protect these kids and teachers … Since when does LAUSD give handouts to developers at the expense of our kids?”

The UTLA has also weighed in because the project presents a grave health risk for its members who work at the school. UTLA President, Alex Caputo Pearl, expressed support for UTLA members and their students at Palms, and “deep concern that one of the first things the District has done after hiring Beutner as Superintendent is agree to take a thinly disguised bribe from a developer in exchange for overlooking the serious negative impacts this development could have on students’ health and education.”

On May 22, 2018, the City Council’s Planning and Land Use Management (PLUM) Committee is scheduled to have a hearing on the matter. Students, parents, teachers and their representatives will attend to ask the City for protection.

(Lee Wallach is a representative of the Motor Ave Improvement Association.)