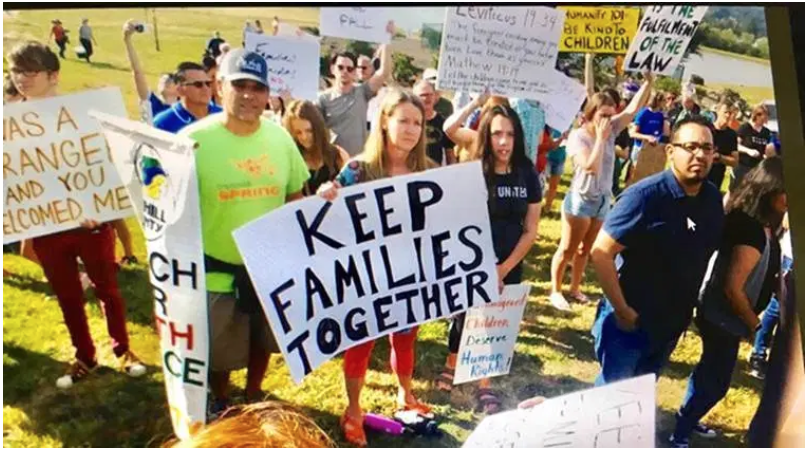 CITYWATCH TODAY--California is leading a nearly 20-state lawsuit challenging the Trump administration’s abandonment of a long-standing rule governing how long migrant children can be detained.

“We are ready to fight for the most vulnerable among us,” Becerra said.

Joined by Massachusetts Attorney General Maura Healey and the attorney generals of 17 other states and the District of Columbia, the lawsuit challenges new rules set forth by the Department of Homeland Security last week that effectively undo the Flores settlement.

The settlement agreement was established in 1997 after a 1985 class-action lawsuit involving several migrant children. Over the last 20 years, it has limited the amount of time the government was allowed to detain an immigrant child to 20 days or less. It also established minimum guidelines for safe and sanitary conditions in detention facilities, requiring the government to provide children with basic needs like food, water and medical care.

The rule change, set to go into effect in about 60 days, would allow Immigration and Customs Enforcement to detain families indefinitely after transferring them from border custody.

“Yet again, President Trump is disregarding basic human rights and using helpless immigrant children as political pawns to further his ideological agenda,” Newsom said in a statement on Monday. “California will emphatically assert itself to protect the welfare and safety of all children, regardless of where they come from or the color of their skin.”

Becerra noted that some children in Border Patrol custody have been detained “without sufficient food, health or medical care” and deprived of basic sanitary goods like soap and toothbrushes, echoing disturbing reports of the inhumane conditions at many border facilities.

“Children don’t become subhuman simply because they are migrants,” the attorney general said.

Newsom addressed the fact that a number of undocumented immigrants, including children, have died while in the custody of immigration officials, calling the administration’s actions “perverse” and “unconscionable.”

Becerra also announced California was filing a preliminary injunction to stop Trump administration’s “public charge” rule, a policy that will likely make it much harder for immigrants to apply for a green card or earn a visa.

(Antonia Blumberg writes for HuffPost where this piece originated.)