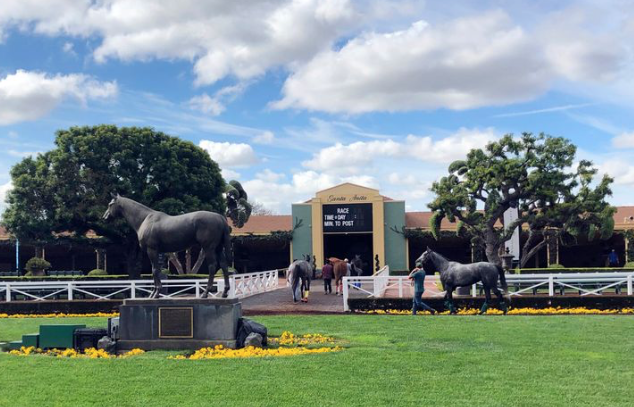 CITYWATCH TODAY--Southern California’s Santa Anita racetrack denied a request on Sunday to close for the remainder of its season, despite the deaths of 29 horses since late December.

The California Horse Racing Board, a regulatory agency, asked Santa Anita to suspend racing for the six remaining race days of its season, which began Dec. 26 and ends June 23. The racetrack in Arcadia denied the request, which came amid the death of two more horses this weekend.

“This would provide the industry more time to fully implement announced safety initiatives and perhaps additional ones,” board spokesman Mike Marten told HuffPost. “It is our understanding that Santa Anita management, after consultation with certain other industry stakeholders, believes that for a variety of reasons, the future of California racing is best served by continuing to race.”

The regulatory agency cannot suspend a race meet or remove race dates without the racetrack’s approval unless the board gives a 10-day notice. It did suggest in its request to Santa Anita that horses still be trained even if the track suspends races.

Formal Dude, a 4-year-old gelding, was euthanized after an injury in the 10th race Saturday, the board said. The presumptive diagnosis is a pelvic injury, racing board veterinarian Dr. Rick Arthur told the Los Angeles Times.

Such injuries “can be challenging to diagnose, mostly because the signs can be confused with muscle conditions or other lameness,” Arthur said.

On Sunday, a 3-year-old filly called Truffalino collapsed near the end of the third race. Santa Anita Park Director of Publicity Mike Willman, citing the horse’s trainer, confirmed to HuffPost on Sunday that the horse died of a heart attack.

The racetrack has responded by launching extensive investigations into what could be causing the injuries, but so far have no concrete answers. Willman declined to provide further comment.

Santa Anita is still scheduled to host the Breeders’ Cup on Nov. 1-2. The two-day event is the world championships of racing and has been held at the track for a record 10th time, though safety concerns have event officials potentially considering relocation.

(Sanjana Karanth is a reporter for HuffPost … where this piece was first posted.)