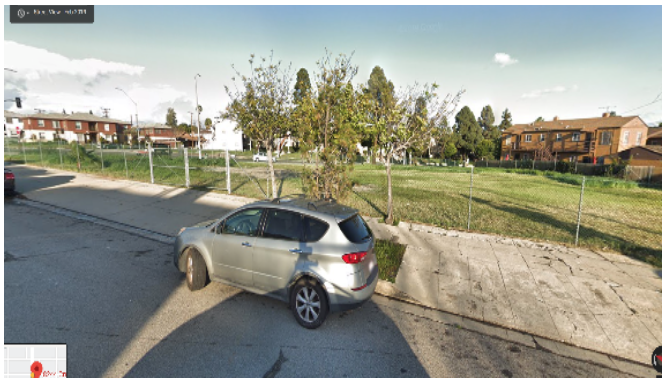 NEIGHBORHOOD POLITICS--City of Inglewood residents have demanded more affordable housing be made available for low to moderate income renters. Community coalition, Uplift Inglewood, is assisting with those efforts via lawsuits and demands for rent control. The city is holding on to four (4) properties, slated for affordable housing, but have yet to make plans available to the public.

The terms of the agreement call for the city/IHA to develop the properties within five (5) years and if the properties are NOT developed, then the properties MUST be sold and funds returned to the Successor Agency’s Low and Moderate Income Housing Asset Fund. The agreement was due to expire February 15, 2018.

The city typically lists all city owned property on their website but the list has vanished. 2UrbanGirls has obtained a listing showing the city owns eleven (11) properties on the North side of Market Street. The lack of development trickles down to the South end of Market Street.

Is the city intentionally refusing to develop properties earmarked for affordable housing?

Mayor James Butts has stated his vision for Market Street is retail on the ground level and housing along the upper levels. He references the 3rd Street Promenade in Santa Monica as the “vision” he is looking to duplicate.

Certain parcels along North Market Street have been sold to Thomas Safran for development. Two in particular are located next door and across the street from Broadway Federal Bank.

The project was due to break ground in the 1st quarter of 2017 and was scheduled to be completed by 1st quarter 2019. The remaining properties would be developed by end of 2019. As of today, the properties remain untouched.

Are parcels designated for affordable housing, being sold to the highest bidder for other projects, as opposed to building housing for low to moderate income earners as intended?

Affordable housing was already excluded from the Hollywood Park Tomorrow project after millions were poured into the development specifically for affordable housing that, according to the developer, Wilson Meaney, at the February 2015 council meeting to approve the stadium, stated the city asked them to remove in favor of market rate housing.

2UrbanGirls is noticing a strange pattern of successor agency properties being “held” by select entities, then being “sold” back to the city when the time is right. This has happened with parcels housing an auto square at Manchester and Hindry (K.P. Properties), the former Burger King/Aman Inc./LA Youth Orchestra and now these parcels. Eerily similar to claims of mismanagement alluded to by former Finance Department employee Barbara Ohno.

The Inglewood City Council can’t claim they are unaware of pricing out of certain Inglewood residents, and how barren Market Street is, when they are driving the bus to gentrification and removal of long time Inglewood businesses and residents.