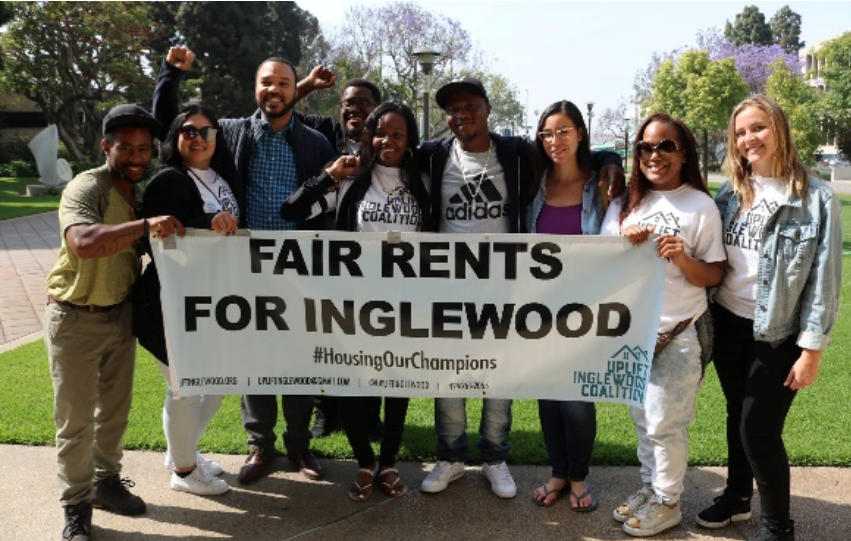 NEIGHBORHOOD POLITICS--Inglewood city council resumes tomorrow, January 22nd, with a light agenda. A few items, and a lack thereof, have caught the eye of 2UrbanGirls.

Residents continue to complain about selective repairs being done to sidewalks. One loyal reader has submitted photos showing a full block of cracked sidewalks and the only repairs done are in front of the home of Halimah Ginyard. Ginyard runs the mayors Facebook page Eye on Inglewood. Do other residents need to start Facebook pages to get the city to be responsive to their needs?

The city’s annual 2018 CDBG survey shows money being allocated to sidewalk repair that has so far only been conducted in Districts 1 and 2. This week’s agenda shows the council being asked to claim for “alleged” ADA Non-compliance violations. 2UrbanGirls has witnessed our neighbor having to drive her motorized wheelchair in the street due to the sidewalk buckling and her being unable to drive over it.

Another agenda item involves the awarding of a no bid contract to a former city employee. Lawless Enterprises was hired by the Forum to conduct Code Enforcement activities related to scheduled events at their venue. Company owner, Mark Lawless, is a former IPD officer who owns the above referenced company. In 2017, city code enforcement officers were forbidden by the city from working outside employment with Lawless, within city limits, and were forced to reduce their hours. Some have even had to take out payday loans the city promotes.

In March 2018 the city ran afoul of CALPERS by not having designated annuitant positions for retirees. 80 employees were out of a job. Many worked in IPD, Parks and Recreation and City Hall. The ousted employees included the godmother of Mayor Butts’ daughter, who is also the mother-in-law to a former IPD Captain the mayor had issues with. The retired IPD personnel safely landed at Lawless and are still working performing background checks of incoming officers. Lawless was exempt from a competitive bidding process, as outlined in the city municipal code, and it is unclear where this work is being performed. It is also unclear if his staff are employees or under a contract.

Pearl Media LLC is receiving a contract extension for super graphic billboards, which will run through 2023. The amendment to agreement 10-68 calls for Pearl Media to contribute up to $1 million dollars for the city to lobby the CA state legislature for an extension of the billboard revenue and a “good faith” deposit of $25k is also called for in the agreement, should the city be successful in obtaining the extension.

The city will approve several changes to Chapter 11 of the municipal code that addresses building and safety codes.