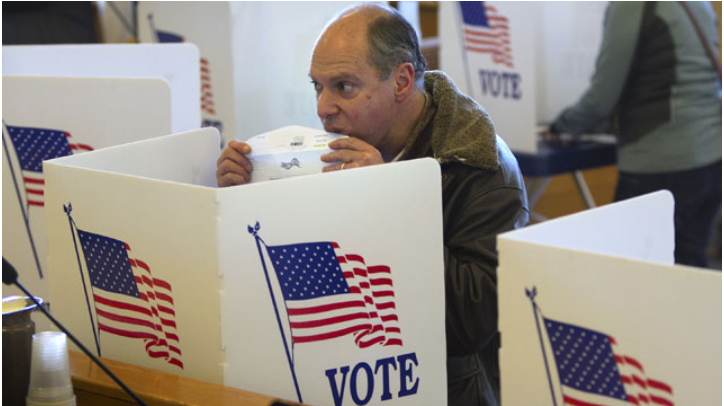 The vacancy was created by former Councilmember Nilo Michelin’s abandonment of his elected position to pursue another elected seat on the El Camino College Board of Trustees.

This is the second election cycle where a vacant seat has been filled by appointment, with little to no input from residents of the City.  Mayor Alex Vargas and Mayor Pro-Tem Haidar Awad have both indicated that the cost of a special election to allow the people’s vote would be too costly for the City.

In 2015, this argument held strong as the City was facing bankruptcy after years of mismanaged funds.  At the time, Councilman Vargas ran for and won the Mayoral election.  His desertion of the City Council position opened the door for appointment or special election.  The Council voted to appoint former Councilwoman Olivia Valentine, who had just lost the election coming in as 4th runner up in the race for two open seats.

However, this same argument is less valid in 2018 on the heels of a tax increase in 2017.  Measure HH, which was purported by Mayor Vargas to bring in an additional $8-10 million in general fund revenue has yet to impact the City services as promised.  Many residents are asking how those increased funds are being managed.

The latest appointee to Hawthorne City Council, Planning Commissioner Mike Talleda, previously ran an unsuccessful campaign in 2013 for the position on City Council.  Since then, he has served as the Vice Chair of the Planning Commission, an appointment he received from then Mayor Chris Brown with a 2nd from Councilman (now Mayor) Vargas.  In early 2018, Talleda was the only Planning Commissioner to vote NO on the Crenshaw TOD project.  His appointment to City Council comes as no surprise to those on the inside at City Hall.  Mayor Vargas has taken a hard stance on development since his election, which is evidenced by the stagnation of the mall and hospital development sites.

Moreover, many residents have decried this is more than just voter suppression.  The Ralph M. Brown Act, passed in 1953, requires all local legislative bodies to include residents in the participation and attendance of meetings where decisions are made.  The observation that Talleda infrequently attends City Council meetings and the coincidental fact that he brought a friend to officially swear him in have led some residents to the conclusion that this appointment process was handled behind closed doors, prior to the actual meeting.

Local resident and businessman, William Hassan, was so outraged by the cronyism that he committed $100,000 to the recall of the City Council members present during the budget crisis-Mayor Alex Vargas and Councilwoman Olivia Valentine.  He is currently working with residents to overturn Measure HH to ensure that all funds at City Hall are spent with voter approval and oversight.

A public information request regarding the Citizens Oversight Committee was submitted to City Hall Friday, December 28, 2018.  At the time of this article, the City Clerk was still “looking into” the request.

I became involved in city politics when Brown’s ballooning travel and expense budget — along with the city’s struggles with financial solvency — was reported in the Daily Breeze. If elected, she said she would save money by outsourcing the City Attorney’s Office and would work to redistribute Police Department resources.

I’m a fresh face with business experience and I’m willing to stand up and yell at the police chief.

I believe police patrols are unfairly concentrated in nicer parts of town.

I hate to think that people live here just because it’s what they can afford. We’re strategically placed (by airports, freeways and ports) and have so much potential. We need to work to reduce loitering and vacancy in multifamily high-density housing.”

(Amie Shepard is an activist and is a candidate for Hawthorne City Council.)