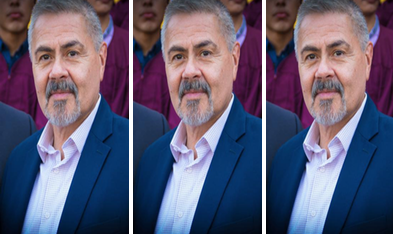 Superintendent Martinez arranged for this Listening Session, four-months earlier, at a request of Mayberry Amigos, a school-based parent coalition, to present their concerns that seemed to cover a broader issue. Discussion would serve as a turning point towards improving communication between parents and school system.

Parents spoke about declining enrollment, campus moral and the inappropriate handling of students with behavioral-problems. Parental fear of retaliation was also mentioned, and by the questions uttered, it became evident that parents had not been formally informed and included in the magnet program outreach process in terms they could understand.

Student enrollment has been in the decline for the past 5 years, per local district central and parents, however online data to support fact was not found. “In the last nine months from spring of 2017 to the present, enrollment has dropped from 321 to 260,” said parent.

Although public school review.com for 2018-19 displays a ratio of 21- students to 1-teacher at Mayberry Elementary, some parents have observed classes with student numbers of 31, 34, and 35. Several parents tend to not favor these large-size classes because of the possibility to set the ground for bullying and misbehaving.  “The teacher might not be aware of the bullying that takes place in that classroom,” said a parent. While second parent said her “6-year old” in a big class is sent to the office to sit quite often because he misbehaves.

Parents complained about students bullying students on school grounds involving different grades and ages. They use demeaning language to hurt feelings, make gestures, apply physical force or send emails to harass, voiced a parent. For example, a child says he’s afraid of going to the restroom because two older boys bully him, said this mother. While third parent said she tells her child if attacked in the restroom to scream out for help.

There was a meeting to resolve the bullying misconduct after a young student was “attacked”, but nothing changed, said fourth parent.

Several parents made suggestions for correcting bullying: “Talk to your child to not be a bully and not to be bullied,” said a parent, encouraging parents to visit the school. “Talk to your child’s teacher and get to know classmates.” Yet, another parent added that behavioral issues should be dealt with at home: The home teaches children manners and how to behave, and the school supplements the molding of the child with education.

Still, a parent said that children need knowledge about what they’re doing and that school should be helping them in problem solving to deal with their issues. This is part of learning, and a child with a problem should not have to sit in office all day, she said.

Parents of various backgrounds expressed similar sentiments, of having fears about their children’s safety, especially since the police were called on very young children twice this year. A parent identified legislation regarding the custodial interrogation of juveniles, updated 2017-18. “Students may not be used to testifying without an advocate present,” she said.

Mayberry Amigos recommends that school leadership submit to the following for the handling of students with behavioral problems:

Parents request that school leadership send out notices of school meetings at least two weeks in advance to meet the notification requirement of the workplace, even though school district requires only a two-day or 72-hour notice.

Moreover, several parents said that besides using a flyer for notification, use technology to make phone calls, and send emails.

Many parents voiced that they make arrangements to attend school meetings because they want to get involved in their children’s education. “Yet, we sit not knowing what the meeting is about because there’s no translation,” said a parent. Mayberry Amigos recommends that the school provide translation in the language that parents understand and hold parent meetings in the evening for greater parent participation.

The Special Education and Dual Language Programs together, involve 60% of the overall student population. “Special Ed is robust with a variety of programs that include autism, and mild to moderate disabilities,” said parent.  Meanwhile, programs struggle to include students with the use of technology.  For example, the parent of a student in Special Education said computers and laptops were provided to regular students, but not for special education students. “Why not. They also learn if taught. Get them the laptops,” he said.

Keith Abrahams, Magnet Program Executive Director of Student Integration Services, was present at the Listening Session to answer parents’ questions about the magnet program and to explain how it fits the continuity pattern of articulation from Elementary, Middle, and on to High School.

A student who continues through the DLP from elementary on through high school, upon graduation will receive a seal of bi-literacy on their diploma, said Martinez

Though Mayberry Amigos welcome the magnet program, they said they feel the Local District’s outreach process could have been more inclusive by informing all parents of what the magnet program would resolve. Further, they request that the Local School Leadership Council help parents get involved in the school site and local district decision-making [process] so they can have a say in their children’s education.

Lastly, Mayberry School Principal said communication is something “we” can work on. The principal apologized for any perceived injustice, thanked everyone for being present and sharing their concerns. “My door is open. I do listen. The decisions that I make are with my best intentions for the safety and the confidentiality of the students,” The Principle concluded.

(Connie Acosta member of the Echo Park Neighborhood Council, the Los Angeles Press Club and is a CityWatch contributor.)