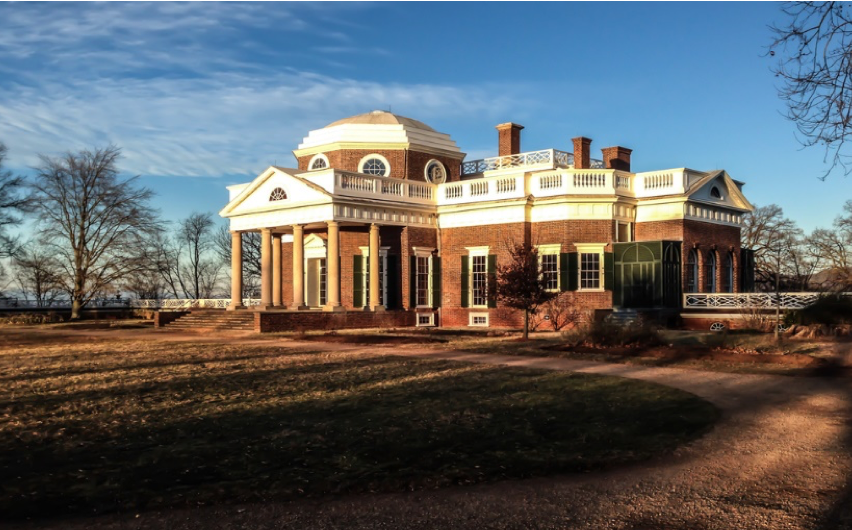 RECONCILING THE PAST--Thomas Jefferson may have written that all men were created equal in the Declaration of Independence. But he, along with so many of his fellow plantation owners, was still complicit in the institution of slavery.

Jefferson’s famous Monticello plantation, a picturesque venue most popular today for hosting weddings and other special occasions, was a place of terror for those African captives who would never gain freedom in Jefferson’s lifetime.

During a recent visit to Monticello, I learned that Jefferson personally kept upwards of 600 people in bondage. It was ironic — the very man I was taught to revere in history class kept my ancestors as property.

My trip to the plantation was emotional. I had heard stories of the slave quarters along Mulberry Row, and the recent discovery of unmarked graves of enslaved people who died at Monticello. Seeing the place firsthand was an altogether heavy experience.

But I also felt something else on that trip — something surprising: relief.

I had been certain that the dark history of slavery would be watered down at a tourist destination like Monticello. But thankfully, that was not the case. Instead, I was impressed by the site’s thorough, honest, and critical depiction of slave life at Monticello.

Our tour guide shared the brutality endured by slaves along Mulberry Row. He spoke of how they lived, and how they were severely punished to the point of death.

Our tour guide retold the radical truth of what my ancestors experienced under the purveyance of Thomas Jefferson. I was simultaneously angered by what I learned and satisfied that this history was offered in a way that demanded compassion and understanding by those present.

Yet, I was also appalled by the comments and questions of some of the white people on the tour. One man asked if Thomas Jefferson had been a “kind slave owner,” to which our tour guide — himself a white man — responded there was no such thing.

Another woman commented that the slave quarters weren’t “so bad.” Our tour guide responded with a simple question: “Would you live there?”

Such questions are not uncommon, and reports abound of white visitors complaining about having to confront facts about slavery during plantation tours. All this makes it abundantly clear that the history of slavery needs to be taught with unwavering honesty, whether when visiting a plantation or developing school curricula.

White America needs to acknowledge that, like it or not, racism is alive and well today because of the horrors of our past that helped shape who we are as a society. Racism is as American as Apple pie; to shirk away from the awful details is as shameful as the details themselves.

After 250 years of chattel slavery, and another 100 years of Jim Crow, one can only imagine the trauma Blacks have endured. Imagine our ancestors being bought, sold, beaten and separated from their families. Imagine the lynchings that took place in this country, and the justice that went unserved.

If it’s difficult for white Americans to discuss racism, how must Black Americans must feel?

In her book White Fragility, author Robin DiAngelo wrote that many white people lack the “racial stamina” to even engage in such conversations. As an activist, I would have to agree. But it’s hardly impossible, as the dedicated white tour guide at Monticello showed. And it’s worth it.

It’s been 400 years since the first enslaved Africans arrived on these shores, and that’s why we must talk about the history of race in America. In doing so, while bravely leaning into our discomfort, we heal. We reconcile our history. We’re no longer beholden to the guilt and shame of the past. Humanity is restored.

(Tracey L. Rogers is an entrepreneur and activist living in Northern Virginia. Distributed by OtherWords.org.)