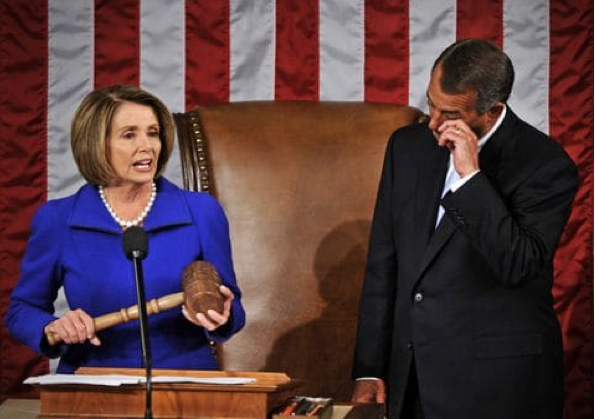 “The Republicans are in deep trouble.”

A conservative pollster has some bad news for the GOP: President Donald Trump’s sagging poll numbers could cost the party control of both houses of Congress.

“I think the Republicans are in deep trouble in the House and the Senate as well,” Frank Luntz said on Sunday on Fox News. “If the election were held today, frankly, I think Republicans would lose both.”

He said the economy is in good shape, but Trump isn’t getting credit for it.

Luntz indicated the GOP still has plenty of time to turn it around, but they’ll need some help from the president.

While some analysts have said the Democrats have an edge when it comes to taking the House in this year’s midterm election, the Senate is another story.

Democrats are not only defending more seats in the upper chamber, but several are in states Trump won in 2016, including Florida, Indiana, Missouri, Ohio, North Dakota and West Virginia.

However, Luntz’s comments echo those made by GOP leaders.

“If conservatives are complacent, and mark my words, we are going to see historic turnout from the extreme left in November,” Cruz told conservative radio host Hugh Hewitt in early March. “Which means if conservatives stay home, we have the potential, we could lose both houses of Congress.”