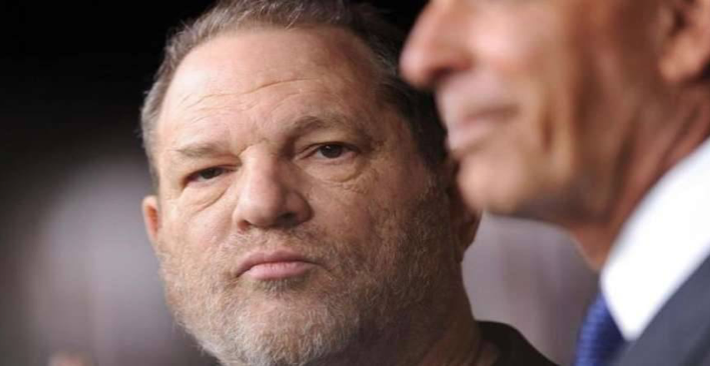 The respectable appearance of a lot of institutions broke. You could say a dam broke, and a wall of women’s stories came spilling forth – which has happened before, but never the way that this round has. This time around, women didn’t just tell the stories of being attacked and abused; they named names, and abusers and attackers lost jobs and reputations and businesses and careers. They named names, and it mattered; people listened; their testimony had consequences. Because there’s a big difference between being able to say something and having it heard and respected. Consequences are often the difference.

Something had shifted. What’s often overlooked is that it had shifted beforehand so that this could happen. Something invisible had made it possible for these highly visible upheavals and transformations. People often position revolution and incrementalism as opposites, but if a revolution is something that changes things suddenly, incrementalism often lays the groundwork that makes it possible. Something happens suddenly, and that’s mistaken for something happening out of the blue. But out of the blue usually means out of the things that most people were not paying attention to, out of the slow work done by somebody or many somebodies out of the limelight for months or years or decades.

"This insurrectionary moment is already subsiding, but things will not be what they were."

Same-sex marriage arrived suddenly in the US when the supreme court legalised it nationwide, except that many states had already legalised it, and that came about as the result of the valiant work of countless non-straight people and their allies, making visible that not everyone is straight, making it important that everyone get rights, making queer people themselves believe they deserved and could win those rights. And it happened because the test case in California went before what appeared to be a conservative judge – federal judge Vaughn Walker, appointed by George Herbert Walker Bush – who had been in the closet himself at the time of his appointment, but was gay, and whose own attitudes toward his orientation must have evolved as the culture around him evolved. He found in favour of marriage equality and set up the case to be clear and thorough when it reached the supreme court. When judges rule on what seems self-evident common sense – be it Brown versus Board of Education or marriage equality – it often seems that way because of slow incremental changes in societal norms and beliefs. The judge gets the public finale, but the shift comes from the cumulative effect of tiny gestures and shifts.

This #TimesUp/#MeToo moment is no different; it is a revolt for which we have been preparing for decades, or perhaps it’s the point at which a long, slow, mostly quiet process suddenly became fast and loud. Part of the work was done over the past five years, more of it over the past 50. We have had a tremendous upheaval over the past few years – at the end of 2014, I wrote in these pages: “I have been waiting all my life for what this year has brought.” What this wave brought is recognition that each act of gender violence is part of an epidemic. It’s brought a (partial) end to treating these acts as isolated incidents, as the victim’s fault, as the result of mental illness or other aberrations. It’s meant a more widespread willingness to recognise that such violence is extraordinarily common and has an enormous impact, and arises from values, privileges and attitudes built into the culture.

It’s a shift that’s often happened before, for other rights issues, as something long tolerated is finally recognised as intolerable, which means that the people for whom it was not a problem finally recognise the suffering of those for whom it was. This shift from tolerated to intolerable is often the result of a power shift in who decides, or a shift in what stories dominate, or in whose story gets told, or believed. It’s a subtle shift in who matters that precedes dramatic change.

In this case, by 2012, a new generation of young women was not going to be intimidated by either shame or bureaucracy from talking about campus rape and, more than that, organising against it. Social media gave women a capacity to form a sort of Greek chorus when a story about gender violence erupted. We burned down a lot of the excuses that sought to diminish the impact of gender violence, as we apparently have at last with gun violence in the US. We are still working on getting some slow learners to recognise that workplace harassment is not a “few bad apples” problem; that removing some particularly egregious abusers from the scenes of their abuse doesn’t resolve a problem that arises from deeply held beliefs about who has the right to do what and who should just put up with it.

But even the “we” has changed and I believe that that is central to why so much else has changed. Who determines what stories get told, who gets believed, whose words have weight, who’s in charge has changed. (Black Lives Matter was another movement to shift what is visible, whose version is heard, who matters.) We have not lost the proponents of the old worldview, in which men’s lives matter more and their words have more credibility, but we have gained people who don’t operate by those rules. Feminists have slowly, steadily gained power – and by feminists I mean everyone of whatever gender who thinks first that women deserve full equality and second that systematic misogyny remains a grave problem.

And that’s where we can look to the long, slow work of feminism to put women in positions of power, in concert with the related work to change the racial makeup of who holds power. Who decided what stories mattered? Journalist Sharon Waxman says that when she was at the New York Times she tried to tell the truth about Weinstein in 2004, only to be dismissed by her male editor, who didn’t understand why that aspect of the story mattered. We know that Ronan Farrow started his own investigation of Weinstein under the auspices of NBC, which declined to pursue it (some suspected because it shed too much light on their in-house super-harasser, Today Show co-host Matt Lauer), so he took his story to the New Yorker. Farrow is, of course, not a woman; the shift is not only women in positions of power but anyone who believes that women deserve equality in access to power, credibility and justice. We need to continue putting people in charge of the courts, the media, the laws, the economy, the schools, who have understanding and empathy for those who are not white, not straight, not rich or otherwise advantaged, not native-born, not male. Who believe in equal justice and equal value.

This insurrectionary moment is already subsiding, but things will not be what they were. A friend recently told me about a major media outlet where women report that after some harassers were fired, people are feeling more confident, inspired and creative. We have had too many stories about men who don’t feel comfortable because things are changing, rather than women who feel more comfortable than they ever have before, for the same reason.

We are going to return to a phase in which change happens slowly and subtly enough that it is invisible to most people, though not to the people who take the long view and those who drive the change or who benefit from one small change in their home or workplace or relationship. And then the slow changes will reach a point at which there will be another rupture.

(Rebecca Solnit is an activist, TomDispatch.com regular, and author of many books, including the just published, Men Explain Things to Me (Dispatch Books, Haymarket Books). Her first essay for TomDispatch.com turned into the book Hope in the Dark: Untold Histories, Wild Possibilities, since translated into eight languages. This Resistance Watch piece was posted first at TomDispatch.)