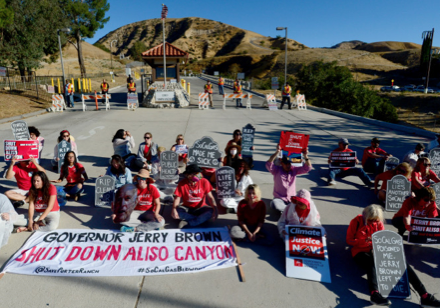 RESISTANCE WATCH--As news broke early Monday that former chairman of President Donald Trump's 2016 presidential campaign Paul Manafort and his business partner Rick Gates have turned themselves in to federal authorities, grassroots organizations, lawmakers, and former government officials warned that Trump could be closer than ever to firing special counsel Robert Mueller—and urged members of Congress and Americans to take action in response.

"The Russia probe is heating up. Now more than ever, the Mueller investigation must be protected."
—People for the American Way

Former head of the Office of Government Ethics Walter Shaub tweeted shortly after the Manafort news emerged that "[e]very member of Congress who cares about the republic should pledge now to take decisive action against the White House if Mueller is fired" in the wake of his first indictments.

Deploying the hashtag #ProtectMueller, grassroots groups echoed Shaub's warning, calling on Americans to prepare to take to the streets if Trump decides to listen to his right-wing media allies and oust Mueller.

"The Russia probe is heating up," noted People for the American Way, a progressive advocacy group. "Now more than ever, the Mueller investigation must be protected."

In addition to circulating a petition calling on Congress to do everything in its power to "protect the Mueller investigation," MoveOn.org and a group of progressive organizations called attention to a planned "Nobody Is Above the Law" emergency mobilization in 48 states in the event that Mueller is fired.

Mueller's termination by Trump would amount to "a constitutional crisis for our country," the coalition's website warns. "Our response in the minutes and hours following a power grab will dictate what happens next, and whether Congress—the only body with the constitutional power and obligation to rein Trump in from his rampage—will do anything to stand up to him."

The website also provides a map detailing the locations of rallies throughout the country and when they would take place—a time that hinges on when in the day Mueller is fired.

"Trump and the Republicans have found themselves in danger and have openly talked about removing Mueller and his team for months," MoveOn.org's petition reads. "Now that Mueller has indicted former Trump campaign chair Paul Manafort and campaign adviser Rick Gates, we need to make sure Trump can't fire Mueller and derail the investigation. The American people deserve the truth."

(Jake Johnson reports for Common Dreams … where this piece originated.)