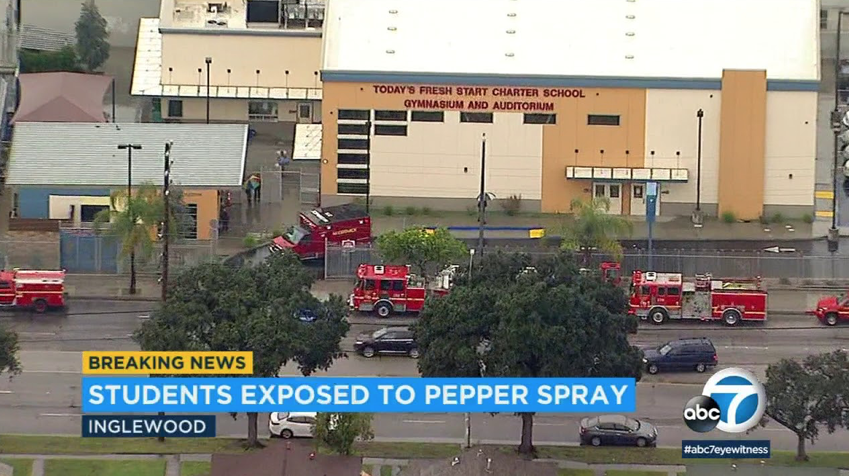 SOUTH OF THE 10-The Los Angeles County Office of Education has denied a controversial charter school renewal to remain open.

The vote came on Tuesday to close the Inglewood charter school with a lengthy history of financial problems and mixed academic performance that illustrated flaws in California’s oversight system.

The board’s unanimous decision marks the third time it has attempted to shut down a charter school run by Today’s Fresh Start, a nonprofit started by a wealthy couple, Clark and Jeanette Parker of Beverly Hills. The group currently operates two charters on three campuses in Los Angeles, Compton and Inglewood.

Founded in 2003, Today’s Fresh Start and its schools have weathered more than a decade of intense scrutiny from regulators at both the county and the Los Angeles Unified School District.

The county board voted to revoke its charter in 2007 based on a detailed report accusing the Parkers of self-dealing, financial conflicts of interest and wrongly administering the state tests. The Parkers sued the county, and while the case worked its way through the courts Today’s Fresh Start applied to have its charter renewed, which the board also denied.

The state Board of Education overturned the county’s decision, however, giving the Parkers another chance.

In the years that followed, Today’s Fresh Start expanded. The Parkers won approval for a second charter school in Inglewood and, with the help of a nearly $20-million state grant, built a large school building on Imperial Highway.

In 2015, the Compton Unified School District assumed responsibility for overseeing one of the schools, later voting to extend its charter until June 2023.