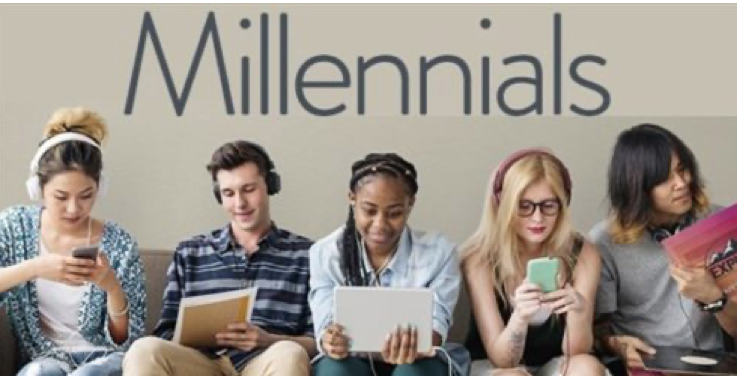 ALPERN AT LARGE--Gone is the Bush/Clinton/GW Bush era where it was encouraged for as many Americans as possible, including young people and minorities, to be homeowners.

Now is the era where many Millennials are not homeowners, and this is potentially problematic for Americans of all backgrounds, creeds, and socioeconomic backgrounds.

But it's possible that Millennials, saddled with student loan debt and confronted with the high cost of living, are just being smart.

And maybe the rest of us should similarly be smart, presuming we're in a similarly dire set of circumstances.

Let me emphasize, however, that the American Dream can, does, and should exist. Those reading this who presume that "Woe is me! The American Dream is dead!" have and will be doomed (a self-induced, unforced error) to an existence of misery and pessimism. That is hardly a good way to live one's life.

Confront society's shortcomings, fight the good fight, and ignore not the suffering of one's fellow humanity. But don't make yourself a martyr, and don't rationalize all sorts of reasons why you shouldn't find and enjoy happiness.

Annie Nova at CNBC does a great job of defining why many Millennials aren't homeowners (LINK: https://www.cnbc.com/2019/08/30/homeownership-eludes-millions-of-millennials-heres-why.html). Homeownership is approximately 8 percent lower for millennials in the 25-34 age group that it was for Generation Xers and Baby Boomers when they were that age.

The concept of saving for future homeownership, and paying down debt, still exists for Millennials--but to paraphrase the commonly used meme: "the rent is too damned high!"

Which means that living at home with one's parents has become more of the norm than the exception.

But to be honest, the satisfaction and angst of living at home during one's 20's or 30's remains the same--the older you are, the more painful it is to live with mommy and/or daddy. Privacy and a sense of personal independence still is part of the human mindset.

Furthermore, the lower rate of marriage, and the later age of a first marriage, also dictates that homeownership is delayed for Millennials. The reduced incidence of having children further de-emphasizes the need for homeownership.

Because whether the social engineers like it not, having a spouse and children makes the consideration of homeownership (or at least renting a home) to be ever more strong and vital.

No matter where the blame game is politically, the main reason why homeownership isn't higher is because of the inability to afford a down payment. Back during the 1990's, and up until the 2007 Great Recession (which I maintain led to a Second Great Depression), the down payment was forgone with all sorts of shady deal-making...

The Road to Hell is always paved with good intentions, and Hell it was for those of us who choose to remember how much "fun" it was from 2007, and for the next several years afterward.

Hence, Millennials entered adulthood with no jobs, no chance of homeownership, and a mountain of student debt.

Some are victims, others were fools, and many a bit of both as joblessness and exploding debt threatened our entire economy.

Hence the banks and the government are likely to be increasingly "mean" when it comes to loans. Never again will they eat a trillion or more of debt, they say.

Except that student loans and other debt is threatening to swallow us into another Great Recession/Depression.

So, it's every man or woman for themselves, Millennial or otherwise:

1) If the game is rigged, play a different game--maybe it's good that you're renting (LINK: https://finance.yahoo.com/news/millennials-happy-stuck-renting-130002515.html), provided that the rent is affordable. Too often it's not...and it's NOT because of insufficient stock of renting--we're building, but not the affordable and smaller units or homes that previous generations of homebuyers bought as their first home...and ditto for apartment rentals.

2) If the game is rigged, play a different game--if CA or NY is too damned expensive, find a different home. There is life and love and happiness in all 50 states of the Union, so go to a place where jobs are available, and any half-wit can find a reasonable cost to rent...or to even buy a home.

3) If the game is rigged, play a different game--screw the bragging rights, and go to a less "sexy" community college and/or proceed to a state college. The private schools don't teach as much as they do cater to the wealthy and their tenured elites--they don't prioritize their students. College is just a means to an end--learn, and then use the job skills and greater knowledge you have to become a better professional. Otherwise, the trade schools beckon!

4) If the game is rigged, play a different game--if we're stuck in debt, then the nation needs to consider ways to EARN their way out of it. Forgiveness of debt on a willy-nilly basis will cause its own crisis. A tough method to EARN one's way out of debt, and which might require years of work in underserved communities, is probably as good for one's resume as it is for one's self-esteem. No debtor's prison...just a way to work for years to achieve an honorable way out of debt is the answer.

Millennials aren't the only ones with these struggles, but they're disproportionately affected by them. Let's hope that each of us, one by one, can find a way out of that debtor's hell, and on to the greatest joy one can achieve: a self-earned path to independence, whereby one can say, "Look what I did with my life, and because of my hard work!"

Now THAT would be the best thing ever for each of us.

(CityWatch Columnist, Kenneth S. Alpern, M.D, is a dermatologist who has served in clinics in Los Angeles, Orange, and Riverside Counties, and is a proud husband and father to two cherished children and a wonderful wife. He was (termed out) also a Westside Village Zone Director and Board member of the Mar Vista Community Council (MVCC), previously co-chaired its Outreach Committee, and currently is Co-Chair of its MVCC Transportation/Infrastructure Committee and Vice-Chair of its Planning Committee. He was co-chair of the CD11 Transportation Advisory Committee and chaired the nonprofit Transit Coalition and can be reached at Ken.Alpern@MarVista.org. He also co-chairs the grassroots Friends of the Green Line at www.fogl.us. The views expressed in this article are solely those of Dr. Alpern.)-cw