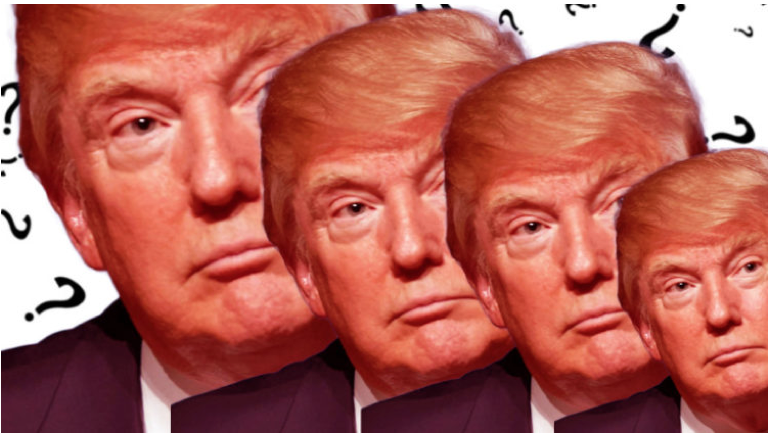 AT LENGTH-Listening to the Trumpster’s endless rebukes, Twitter attacks and denials are enough to make one question the sanity of it all.

As President Trump moves past his 1,000th day in office, it’s become almost passé to accuse him of actually lying even as he significantly steps up the pace of his favorite pastime of spouting exaggerated numbers, unwarranted boasts and outright falsehoods. By Oct. 9, his 993rd day in office, he had made 13,435 false or misleading claims, according to the Washington Post’s fact checker. Lies by any other name.

The former Ted Cruz staffer and avowed “Never Trumper” CNN contributor, Amanda Carpenter,  revealed the shocking truth in her recent book, Gaslighting America: Why We Love It When Trump Lies to Us -- they enthrall us -- and she explains how we can avoid falling for them.

Carpenter breaks down Trump’s formula, showing why it’s practically foolproof, playing his victims, the media, the Democrats, and the Republican fence sitters perfectly. She traces how this tactic started with Nixon, gained traction against Bill Clinton and exploded under Trump. If you think Trump is driving you crazy, it’s because he is.

I recently began asking people to tell me what they think about the impeachment hearings, and left, right and center people tell me “it’s just crazy.” And, when I ask them if they’ve heard the word “gaslighting” only about four in 10 could tell me what it actually means.

So here’s a working definition for you: It is a form of psychological manipulation in which a person seeks to sow seeds of doubt in a targeted individual or in members of a targeted group, making them question their own memory, perception, and sanity. Using persistent denial, misdirection, contradiction, and lying, gaslighting involves attempts to destabilize the victim and delegitimize the victim’s beliefs.

If you or people around you have been thinking that, “all this is just too crazy” or you have begun to question your own sanity – you have been successfully gaslighted.

And, you can see this at play in the current congressional impeachment hearings when the Republicans, in complete denial of the testimony presented are offering up a completely different reality of Trump’s Ukrainian explanation on investigating Joe Biden and corruption. At every juncture Trump turns an accusation against him into a pejorative attack against his opponents.

“Where some people see lies,” Carpenter writes, “Trump’s fiercest followers see something different. A commitment to winning at all costs.” There is nothing he could say that would erode their support as long as it’s in the name of taking down his political enemies.

If you take the entirety of his three-year-old presidency and the fake narratives and conspiracy theories he has built up over that time, you’d think his presidency would have imploded by now. Instead what has happened, Carpenter argues, is that the president’s trickery has raised him up. This does seem to make sense in a perverse kind of way.

Are the congressional Democrats buying it? Well, at the beginning, when the spin machine was pushing that the impeachment process would actually help Trump get reelected, Speaker Nancy Pelosi hesitated, and moderate Dems started pulling back from the Mueller Report. This allowed the false narrative spun by Attorney General William Barr, who claimed the report “exonerated the president” to take root. It did not.

In all, 34 people and three companies have been criminally charged as a result of the probe. Mueller was named special counsel in May 2017 by Deputy Attorney General Rod Rosenstein and was directed to investigate “any links and/or coordination between the Russian government and individuals associated with the campaign of President Donald Trump. . .and any matters that arose or may arise directly from the investigation.” All of the U.S. National Security agencies have confirmed Russian interference. Yet, Trump is spinning the Ukrainian subplot to distract us once again.

Trump continues to rail against anyone who claims he did anything wrong, accuses his accusers and unleashes his rightwing attack dogs against Adam Schiff, the chairman of the house impeachment committee, any of the numerous witnesses who have testified under penalty of perjury to his actions and fires anyone he has appointed who hasn’t sworn loyalty to him instead of to the U.S. Constitution. Clearly Trump needs to be taught a lesson that no one is above the law.

Still he fights on, claiming immunity from having his bogus tax returns subpoenaed by Congress or by the Southern District of New York with the false claim that Presidents can’t be investigated or indicted while in office. House Democrats are in the process of slowly, if not methodically and meticulously, challenging that defense. That premise has been overruled by two federal courts and may be settled finally by the U.S. Supreme Court — if the five Republican justices haven’t themselves fallen victim to the president’s gaslighting.

Still there seems to be growing anxiety that no matter how often Trump is exposed as a fraud and if  he’s impeached by the House of Representatives, he will not be convicted in the U.S. Senate based upon party-line votes -- at least that’s the common sense of it now. However, what the Democrats may have done with all of these investigations is to provide an immunization to the American public against an October Surprise virus landing in the media just weeks or days before the November 2020 elections. Will facts win over fiction?

American voters just now seem to be yawning in their easy chairs waiting for the next shoe to drop. I don’t have a great deal of confidence that the citizens will put on their slippers to walk their dogs in the morning before the lies of the most corrupt president in the history of our nation make their way halfway around the internet.