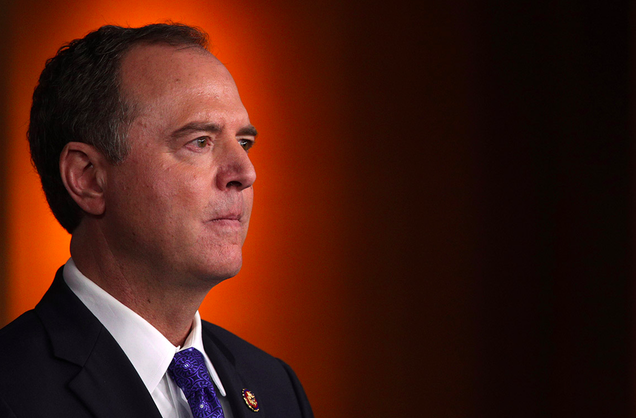 CAL BUZZ-By the time the California Democratic Party weekend convention in Long Beach ended  – after Not-So-Favorite Daughter Kamala Harris took the stage at “Dems, Drinks and Drag Queens”; after the Women’s Caucus gave disgraced ex-Rep. Katie Hill a standing ovation and greeted Mayor Pete Buttigieg as a rock star;  after Bernie, Amy, Julian, Cory and Kamala others pitched themselves via a weird Univision forum while Joe and Liz played hooky — the bottom line was this:

All the Golden State sound and fury, not to mention sturm und drang, had changed the national political landscape not one iota.

Most polls, including a big new one due out Monday night, still suggest the March 3 primary – in which California’s 495 delegates will be apportioned by congressional district to those who score at least 15% – will come down to Joe Biden vs Elizabeth Warren, the two candidates who represent the Line of Demarcation between Democrats  who seek “bold structural change” and those who just want to defeat the loathsome Donald Trump and calm things the fuck down.

So It Goes. With Biden and Warren skipping the event — he to avoid boos from the hard lefty activists who dominate state Dem conventions and she to tend to slipping poll numbers in early-voting states — much of the weekend behind-the-scenes chatter focused on Sen. Kamala Harris, specifically whether she might drop out of the presidential race by Dec. 26, the deadline to have her name removed from the California ballot.

On Friday, the day the convention opened, Chris Cadelago of Politico battered her flailing campaign with a splendid rats-deserting-the-ship takedown that provided considerable buzz in hallways, bars and meeting rooms throughout the sprawling Long Beach Convention Center-Hyatt Regency complex.

Running at 1% in New Hampshire, 3% in Iowa and no better than 4th in California in most polls (with less than 10% support), how best can Herself avoid embarrassment? There are two theories on this: Drop out and remove her name; or, let her name stay on the ballot but drop out before March 3 and then claim that her miserable showing was because she dropped out. Pick your poison.

On the one hand, you’ve got folks like labor organizer Erin Lehane, who told Calbuzz that Harris ought to quit the presidential campaign before being embarrassed in Iowa and concentrate on combatting gun violence, especially in California. On the other,  DNC committeeman Bob Mulholland, who thinks Harris should stay in the race, and argued, “It’s not embarrassing to be on the ballot after you’ve dropped out.”

As for Harris herself, she showed no obvious lack of confidence (or self-awareness). “In this fight for equality we are never going to tire,” she told the multi-sexual crowd at the “Dems, Drinks and Drag Queens” event Friday night at Hamburger Mary’s.

A Lion in the House. While the presidential candidates desperately sought attention, the most impressive speaker of the convention was not a candidate for the White House but impeachment czar Rep. Adam Schiff of Burbank who, in a calm, prosecutorial but passionate speech told the delegates Saturday morning:

“The most profound threat to democracy today is not from Russia, or Putin’s desire to rebuild a lost empire. Nor is it from China, though China is busy exporting its digital form of totalitarianism to other nations.

“No, the most grave threat to the life and health of our democracy comes from within, from a president without an ethical compass, without an understanding of, or devotion to, our Constitution and the beautiful series of checks and balances that it established, setting ambition against ambition so no one branch of government could overwhelm another, and most importantly, so no despotism could take root.”

Said Schiff: “There is nothing more dangerous than an unethical president who believes that he is above the law. . .Two years ago, I stood before you and I urged you to resist. And you did. But we are more than a resistance now, we are a majority, we are a majority in one house and we will become a majority in the other. And we will send that charlatan in the White House back to the golden throne he came from. And you know why? Because we vote.”

What’s next for Schiff? Democrats asked themselves. Senate, Governor, Cabinet post? Speaker of the House? A most impressive guy who’s proving himself in the most unforgiving of spotlights.

One Sharp Cookie. It was easy to see why South Bend Mayor Pete Buttigieg – who coolly handled the news that he has surged to first place in Iowa – is the darling of voters who believe in supporting the most intelligent and reasoned candidate, whether he or she has a realistic shot at winning.

Buttigieg demonstrated a combination of thoughtfulness, smooth delivery and talent for flipping questions to his advantage. Asked a snotty question during a press gaggle about “catering to big donors” at a fundraiser in Palm Springs, he answered:

“There are a lot of progressives in Palm Springs, and every part of California that I’ve been to, and there are also a lot of moderates and even some people leaving the Republican Party who are embracing our vision for progressive change that’s delivered in a way that unifies the American people.”

“I also believe that being bold and having good ideas should not be measured by how many people you alienate,” he said. While some of his proposals “are not as extreme as some of the others,” he said they “would still make me the most progressive president of my lifetime.”

Make Him Pay. Minnesota Sen. Klobachar provided the most energetic performance at the Women’s Caucus, especially when she spoke of the importance of winning Pennsylvania, Wisconsin and Michigan (a concern that appeared lost on most of those in attendance). Noting her bona fides in winning tough races in the Midwest, she quipped: “I will build a blue wall around those states and I will make Donald Trump pay for it.”

She also repeated one of her favorite punch lines when she is asked if a woman can beat Trump: “A woman beats Donald Trump every single day, and her name is Nancy Pelosi.”

Say it ain’t so, Jorge. The Saturday afternoon forum in which the candidates answered questions from Univision super star Jorge Ramos and others broke no new ground. But as the LA Times Seema Mehta noted in a tweet: “Kinda understand why Biden’s not here. Jorge Ramos pressed Kamala Harris hard at least three times to declare the deportation of three million during the Obama administration a mistake.”

She said she disagreed with Obama’s policy but didn’t criticize Obama directly. Bernie Sanders had no such hesitation: “Yes,” he said flatly.

“As president, I will undo every damn thing Trump did by executive order,” including Trump’s order wiping out support for immigrants who were brought to the U.S. by their parents.

The American people, he said, “want to stop this ugly demonization of the immigrant community and the racism that is coming from the White House,” pledging to restore legal status for 1.8 million “Dreamers” brought to the U.S. illegally as children. And their parents.

The man has a good point. Texas Rep. Julian Castro’s best moment came in underscoring his recent criticism of Democrats starting their nomination process with Iowa and NH: “We can’t champion. . .diversity in our party (and) then start our nominating process in those two states that have very few people of color.”

Note: When Calbuzz asked CDP Chairman Rusty Hicks if it doesn’t irritate him — as a national Democratic Party leader — that Iowa and New Hampshire have such outsized influence in the nominating process, he responded “No.”

The Patrick boomlet. Former Massachusetts Gov. Deval Patrick, who suddenly announced last week he’s changed his mind and decided to run for president after all (presumably at the urging of big donors and Wall Street types among his Bain Capital network), achieved an important early milestone, as noted by Politico’s invaluable David Siders:  he managed not to get booed in his first speech of his nascent presidential campaign.

Patrick’s anodyne Democratic speech left unanswered the question of what, exactly, he has to offer voters that already is not on display in the crowded Democratic field. As a rhetorical matter, he argued for middle ground with a couple of good lines: “I am not running, my friends, to be president of the Democrats. I am running to be president of the United States,” he said in an apparent bid to challenge Biden in the centrist lane   “There’s a difference. I’m not talking about a moderate agenda. This is no time for a moderate agenda. I’m talking about being woke, while leaving room for the still waking.”

Gavin Lays Low. Gov. Gavin Newsom played no public role at this convention, but the Prince and his retainers, coat carriers and civil guard did swing by King’s Fish House where hacks from Calbuzz, Politico, the LA Times, SF Chronicle and a few others gathered for dinner Friday night. (H/T Long Beach Seema for the restaurant pick and organizing effort).

Sadly, Gavin was mobbed by conventioneers and other diners seeking selfies with the gov, so the kind of informal chit-chat we normally can bring you was overwhelmed by an over-eager gaggle.

Pressed about Harris’s campaign collapse, Newsom, who has endorsed the senator, laughingly deployed the hoary old saw, “The only poll that counts is the one on election day.” No one took him seriously.

PS: Despite the best efforts of CADEM Party media staff, under the command of Roger Salazar and Hilary McClean, the technical logistics for Saturday’s forum were the worst ever: no internet or phone service in the press cavern for hours; late-breaking, choppy feed by Univision to the media’s monitor, and massive frustration for professional scribes trying to ask questions of candidates in the alleged spin room. And we refuse to raise the outrageously egregious disarray surrounding press room food.

(Jerry Roberts is a California journalist who writes, blogs and hosts a TV talk show about politics, policy and media. Phil Trounstine is the former political editor of the San Jose Mercury News, former communications director for California Gov. Gray Davis and was the founder and director of the Survey and Policy Research Institute at San Jose State University. This piece appeared originally in CalBuzz.) Prepped for CityWatch by Linda Abrams.