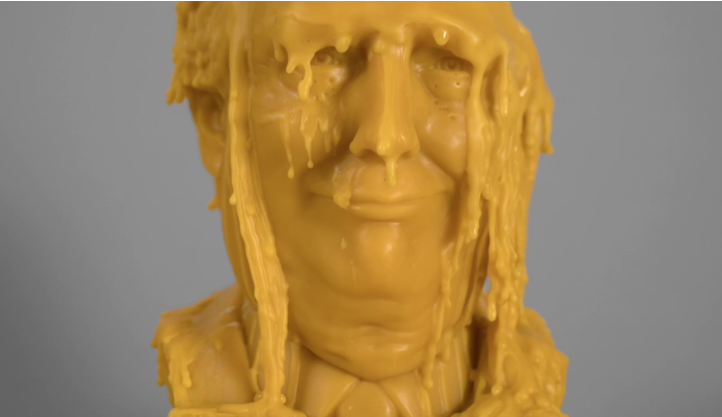 ONE MAN’S OPINION-When a society takes a nosedive, it is not one person’s fault.

Bad leaders arise after others have created serious problems. Men and women of ill will have come to power because We the People have been inattentive. In brief, We the People have abdicated our responsibility to safeguard the Republic.

“A Republic, if you can keep it” -- Ben Franklin

It would be wiser to put Franklin’s quotation on our money than “In God We Trust.” As God said, “I help those who help themselves” or so God told me this morning. Remember, “Render unto Caesar that which is Caesar’s and unto God that which is God’s.” -- Matthew 22:21 In other words, God said the government is our responsibility; He’ll make rainbows. The existence of the Republic depends on We the People.

Political Parties Are Not in the Constitution

Although the Constitution does not mention political parties, The Federalist Papers recognized the threat that factions pose to individual inalienable rights.

“By a faction, I (Madison) understand a number of citizens, whether amounting to a majority or a minority of the whole, who are united and actuated by some common impulse of passion, or of interest, adversed to the rights of other citizens, or to the permanent and aggregate interests of the community.” -- Federalist Paper #10

Lesser known, is Madison’s statement: “If the impulse and the opportunity [to oppress others] be suffered to coincide, we well know that neither moral nor religious motives can be relied on as an adequate control.” Fed Paper #10

How Group Rights Have Set the Stage for a National Disaster

The Founding Fathers based the nation on individual inalienable rights. They dealt with three primary group rights issues: (1) slavery – mostly by laying a foundation for its demise and remaining quiet for the time being, (2) Peerage – ending the English class system and no monarchy, and (3) sidelining religious factionalism with the Separation of Church and State. Ending the South’s Group Rights claim to own other people required a civil war.

Demagogues like Father Charles Coughlin in the 1930s agitated for racist Group Rights, but World War II made such bigotry unacceptable until 1954 with the U.S. Supreme Court decision in Brown v. Board of Education, 347 U.S. 483. The Brown decision lay the foundation for the new racist Group Rights agenda which has brought us to the Trump Impeachment hearings. The Brown decision rejected the idea that Blacks (who were Negroes back then) had the inalienable rights set forth in the Declaration of Independence. The Blessing of Liberty, which was a main purpose of the U.S. Constitution, did not apply to Blacks. Instead they were a group that had to be treated as if they were equal to whites. Basically, the court found nothing per se wrong with segregation. All that mattered was equality. Under Brown, if segregation showed that Black children and white children learned as well in segregated schools, then segregation would be OK. Thus, Brown launched the nation into decades of affirmative action quotas believing that Negro children were “underachieving.”

Whites responded with the Silent Majority and then the Moral Majority which were code names for white Christians. As subsequent courts tried to lessen the pernicious Group Rights impact of affirmative action, no fair and equitable political solution to protect individual inalienable rights was devised. Instead, white Wall Street was increasingly stealing the productivity of everyone and that culminated in the repeal of Glass-Steagall in 1999, which resulted in the Crash of 2008. After the crash, Wall Street gobbled up more of the assets of white and minority Americans so that homeownership in places like Los Angeles plummeted and homelessness rose.

At the same time, Nancy Pelosi and other Dems put Group Rights on steroids with Identity Politics promising revenge on all whites, while diverting 90% of all productivity increases to the 1%. They developed the notion that all people with a light hued skin were responsible for the problem since all light-skinned people could not help but benefit from their skin color. So, slavery reparations were back on the table.

Nancy Pelosi, somewhat reminiscent of Nikita Khrushchev’s “We Will Bury You” speech, threatened whites that as soon as minorities become the voting majority, they would take revenge. This threat, which was surely not idle, was already being realized in the Rust Belt after Obama shipped jobs overseas, gave trillions of dollars to Wall Street, and relegated white people to bankruptcy court. After Obama’s deal with Big Pharma brought the opioid epidemic to the Rust Belt, Hillary Clinton acknowledged their suffering by calling them “Deplorables.” Since Queen Hillary was rushing to her coronation, she didn’t bother to count the votes and see that see she had disparaged enough whites in key states to tip the Electoral College to Trump.

As Madison Warned, Factions Can Be Dangerous

Madison warned that when the impulse and opportunity of one faction to oppress combine, morality and religious platitudes are useless. Facing the existential threat of Nancy Pelosi’s and the Dems’ Identity Politics, the right-wing whites clung to the insane Trump. After all, he was promising to save them while Pelosi was promising to do them in. In case anyone was missing Pelosi’s prejudiced message, she made anti-Semitism part of the mainstream Dem party. And Dems wonder why whites stick with Trump despite the fact that he is mentally ill.

When Mental Illness Becomes Treason, the Game Has Changed

The GOP faces a choice between (1) supporting a narcissistic histrionic who has engaged in impeachable offenses including treason and (2) saving the Republic. Selling our nation’s security in Europe to obtain a ferkata statement that Ukraine is investigating Hunter Biden is not only treason; it is idiotic treason. In the United States, giving aid and comfort to the enemy is a form of treason. By going against established U.S. policy for personal gain, Trump was giving aid and comfort to Russia’s ambitions in Ukraine’s Donbass region.

The Proper Course for the GOP – Impeach Trump

Keeping Trump in office destroys the Republic. If he is voted out of office in 2020, he will scream that the election was fixed, refuse to leave the Presidency and we will have a civil war. The GOP must lay the groundwork now for Trump’s impeachment with enough GOP House votes to make clear that he will be convicted in the Senate. Before that, the GOP needs to abandon Trump step by step. Many GOP members should have stepped away when he tweeted against Ambassador Marie Yovanovitch during her testimony. Each day, more in the GOP should step away. As each one announces his departure, Trump will unleash more insane Twitter tirades allowing more of the GOP to step away.

If Trump tries to create a civil insurrection now, in face of the GOP’s stepping off, it will fizzle. A melting away of GOP support, unlike an election loss, has no galvanizing moment. From a narrow partisan approach, the nation will applaud the GOP for getting rid of Trump and the GOP will become the saviors of the Republic. Smart politicians who care about the Republic will forge a de facto Centrist Party. That will leave both the right-wing and left-wing Group Rights bigots out in the cold.