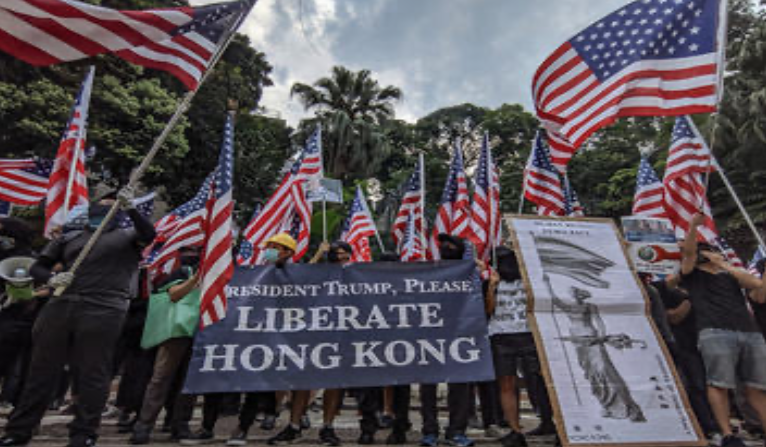 NEW GEOGRAPHY-Most American concerns with China revolve around economic issues, and, for some, the threat posed by that country’s expanding military.

But China’s real existential challenge is not over market shares or submarines, but in a battle of values. Right now, it does not seem we are certain to win.

China presents the most profound challenge to liberal values since the end of the Cold War, a development that has caught our consistently lame political establishment by surprise. The leaders of both parties, and much of the corporate America, never saw it coming.

Many embraced Francis Fukuyama’s notion in “The End of History” of a future of “greater homogeneity among cosmopolitan cultures” that would all embrace Western-style liberal capitalism. But Harvard social scientist Samuel Huntington early on saw a conflict of cultures, carried out with modern means, but hardly trans-nationally democratic.

Huntington’s analysis proved much closer to the truth. His notion of a clash of civilizations predicted less “Kumbaya” and more conflict not only with China, but with other cultures including worldwide Islam, South America and Russia. But of these competitors, only China, the world’s second-largest economy, presents a clear long-term danger to our civilization and its values.

China’s wealth, married to political discipline, has made its appeal irresistible to large portions of the America corporate and political elite. Some of our most powerful firms consistently kowtow to suppression of human rights, most recently in Hong Kong as well as in mass incarcerations in Xinjiang. The pathetic bleating for China by NBA stars like LeBron James exposes how lucre influences even the most self-righteous social justice warriors. It’s remarkable how many powerful political voices, and woke academia, ignore the harsh reality of the Chinese police state.

This disconnect runs through large parts of the political class. The hapless Joe Biden earlier this year stated China was “not competition” for the United States even as his family sought to enrich themselves there. Former New York Mayor Michael Bloomberg insists that President Xi is “not a dictator” since has to listen to his “constituents.” Sure, that also applied to Mao, Hitler and Stalin, each of whom employed huge resources both to cultivate the adulation of the masses and repress dissent.

Some in the climate change movement embrace the Chinese model as superior in dealing with environmental issues to our own clunky democracy. The idea of a top-down approach has long appealed to a strain of left-wing environmentalism, somewhat ironic given that China is by far the world’s largest GHG emitter.

China’s challenge is less about Communism and more about the resurgence of a state that even as late as the 17th century enjoyed a technical and industrial infrastructure at very least equal to Europe. China’s past is now promoted assiduously, with party leaders embracing the very Confucianism so reviled by the People’s Republic’s founders.

China’s current system rests upon this ancient hierarchical model. Chinese history lacks examples of a politically successful middle class winning in a rules-based democracy. It never embraced, as did Japan and other East Asian states, the primary lodestones of liberal civilization, such as individual and property rights. It represents instead an alternative to liberal capitalism, one that is being inculcated in its own population and also exported to universities and governments around the world.

China’s system is not really Marxist but resembles, as the late Japanese futurist Taichi Sakaiya put it, “high tech feudalism.” Rather than rule by proletarians and peasants, the leadership is increasingly dominated by so-called “red princelings,” such as President Xi himself, who trace their roots to generals and top officials of the initial Maoist regime. Even the entrepreneurial class has been subsumed. Some 90% of China’s millionaires, notes Australian political scientist David Goodman, are the offspring of high-ranking officials.

Mao’s portrait may still grace the yuan currency, but “socialism with Chinese characteristics” has created massive inequality. The country is now more unequal than Mexico, Brazil and Kenya as well as the United States and virtually all of Europe. In today’s China, about 1,300 individuals hold roughly 20 percent of the country’s wealth and the top 1 percent has roughly a third of it — while much of the country, particularly in the countryside, still lives at the brink of poverty.

Is China the wave of the future?

Among all our competitors, only China, home to nine of the world’s 20 biggest tech firms, presents any kind of challenge to American and Western economic preeminence. The regime intends to use this technology to expand its control by employing facial recognition systems to modulate behavior in ways approved by the state. By 2020 China is expected to deploy over 400 million surveillance cameras in cities across the country.

Often with the connivance of Western tech firms, China also seeks to harvest biometric data, track smartphones and impose a compulsory satellite-tracking system for vehicles. Brain-monitoring devices are becoming increasingly common in Chinese factories, ostensibly to improve productivity. It’s more likely, of course, meant to tap into and shape the thoughts of their potentially rebellious workers. As MIT researcher Christina Larson puts it, “Who needs democracy when you have data?”

Nothing, however, benefits the Chinese challenge more than our own elites’ increasing disdain for the West’s political canon, with its emphasis on legal norms, free speech and competition. Donald Trump’s lack of interest in human rights and instinctive embrace of dictators is certainly no more help than the kowtowing from his progressive opponents.

Confronting China’s autocracy is about more than military or even economic warfare. This is fundamentally a conflict of values. For ours to have any chance of success, our own leaders, as well as the populace, need openly to embrace them, even at the cost of some short-term business or political advantage.

(Joel Kotkin is the Roger Hobbs Distinguished Fellow in Urban Studies at Chapman University and executive director of the Houston-based Center for Opportunity Urbanism. He authored The Human City: Urbanism for the rest of us, published in 2016 by Agate. He is also author of The New Class Conflict, The City: A Global History, and The Next Hundred Million: America in 2050. He is executive director of NewGeography.com and lives in Orange County, CA. His next book, “The Coming Of Neo-Feudalism,” will be out this spring.  This piece first appeared on The Orange County Register.) Photo: Studio Incendo via Flickr under CC 2.0License. Prepped for CityWatch by Linda Abrams.