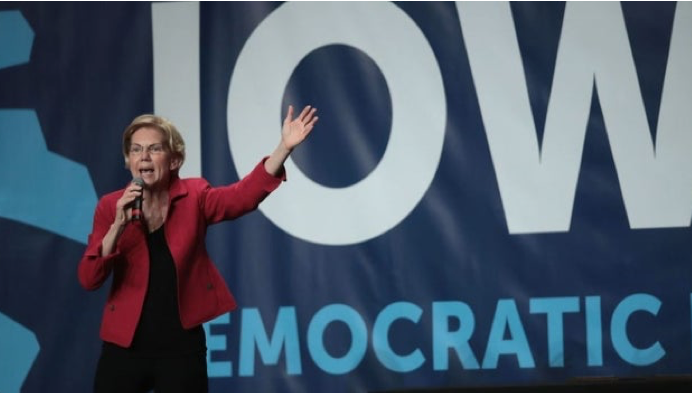 GELFAND’S WORLD--It’s that time of year when two minor states take over all the news. Who is Iowa going to support for the Democratic presidential nominee?

This is a state with a total population less than one-third of Los Angeles County, although they do manage to be about 15 times larger in land area. Iowa is 91% white. On the other hand, Iowa does have 23 million pigs.

And then there is New Hampshire, whose population is one-third that of the City of Los Angeles, barely twice the L.A.  land area, and 94% white.

We’re not going to hear a lot of discussion about social justice, water rights, or intellectual property rights in the Iowa and New Hampshire debates. The economic health of big cities doesn’t seem to come up much either. 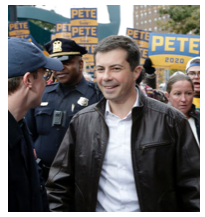 I’m not making the argument that rural, white states should have no say in the presidential primaries. But I am saying that it’s long overdue that somebody else get a turn. If, for example, we absolutely insisted that a small state go first, there are several that are not in New England – Delaware, South Dakota, Wyoming – and they are all smaller in population than New Hampshire.

There were lots of ways to make the system fairer, but nobody except a few political scientists and the odd pundit (am I an odd pundit?) raised their voices.

I keep asking where the Democratic Party has been on this question. Who takes the blame for the nominations of Dukakis or Kerry and, with their subsequent losses, all the damage that has been done to our country?

When will we be able to raise the flag to full staff?

What I remember is how heavy the coffin was. It wasn't the only time I've been a pall bearer, but this one was metal plated and -- besides the physical weight -- there was the emotional weight that the deceased was a victim of murder. It was someone removed from life in an untimely way. Not surprisingly, the cause of death was by gun shot.

A few years after the funeral, I wrote one of my first columns that was titled, if I recall, "If it bleeds, let it lead." What I was trying to communicate was that for the friends, survivors, and living relatives, the press coverage and television theatrics surrounding modern murders are more than legitimate. Murder by gunshot wound is a reality that has to be recognized. It is legitimate news that serves the needs of the survivors and to the extent possible, honors the dead.

At the same time, the intrusive and sometimes insensitive questioning by the press is a bit awkward for both viewers and those being questioned. There is also the believable assertion that press coverage of each mass shooting provides the role model for the next mass shooting. Where else are all these adolescent males getting the idea that they should go forth and kill as many random strangers as they can, as quickly as they are able?

And to borrow the Biblical quote, they know not what they do. Except when they do.

I recall that one of my acquaintances made the following remark: "The funeral of a murder victim is different than a funeral of someone who dies from natural causes." I have to confess that this insight was remarkably jarring to me, and completely true. The loss is a different sort of loss. And, as we have learned over the years, the relatives and friends can never quite put the experience out of their heads. The memory is different, but never ultimately absent.

The role of the press in modern mass killings is not to be ignored. There can and ought to be a deep ambivalence in the way we view such news. In the mid-to-long run, the coverage of mass murder seems to result in an unending series of copycat events. At the same time, it is necessary to publicize the lethality of the modern gun store.

In a way it's curious that the Saugus High School shootings have been gaining coverage, night by night, leading up to Sunday's mass gathering. The late night television coverage has been at least as extensive as what you would expect after the death of a head of state. May I suggest that we all really do understand that the violent death of a teenage girl barely setting foot into adult life is something that is worse than the death by natural causes of an aging monarch. Our local television stations were correct to provide coverage.

On the same night that the local television stations were covering the mass rally in Saugus, the news came through that four more people were killed and six wounded in Fresno. And at the time of this writing, there are another three dead at a Walmart in Oklahoma. When will we finally get to see the flags flying at full staff?