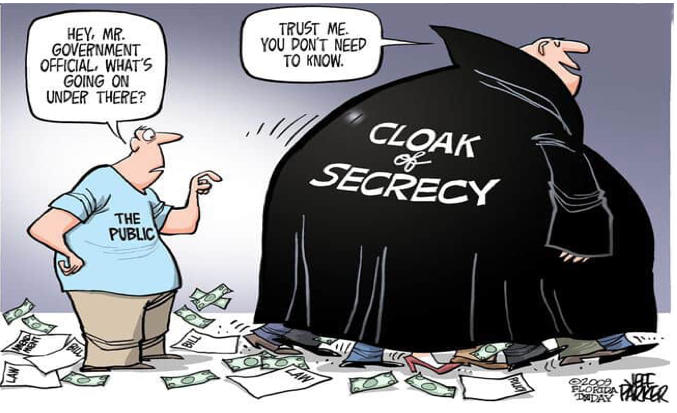 FORCING THE ISSUE-On September 20, 2019, the Aids Health Care Foundation filed a California Public Records Act (CPRA) petition against the city of Los Angeles — just four days after receiving a characteristically inadequate denial from the Office of the Mayor.

This lawsuit is a necessary, laudable, and entirely appropriate action. I can only think of two strategies for encouraging the city to consistently comply with the CPRA — one is for us to pass a local sunshine ordinance — and until that happens we have to sue the freaking crap out of the city immediately every time they illegally withhold records. Like Freud said, if they don’t pay, they won’t get better.

On November 5, 2019, the Aids Healthcare Foundation held a press conference announcing a lawsuit against the City of Los Angeles for its alleged and exceedingly plausible arbitrary and capricious denial of an AHF homeless housing project. This is an important lawsuit with a powerful and convincing petition in support of AHF’s laudable efforts to house the unhoused in Los Angeles. It’s been well-covered in the press.

Not quite as well-covered is the fact that in September 2019, as part of the lead-up to that lawsuit, AHF sent a request to HCIDLA for public records related to the bidding process in which their project was rejected. HCIDLA rejected it with a message stating that the Mayor’s Office had the records and that AHF should send it there.1 They did so, and a few days later Garcetti’s office sent them a denial stating, “[it] is our policy not to disclose materials related to competing bids while the contracting process is still ongoing.”

Now, the CPRA is very clear on the fundamental fact that unless there is an explicit reason given in the law for withholding a record, that record must be released to anyone who asks for it. This is found at §6255(a), which says that “The agency shall justify withholding any record by demonstrating that the record in question is exempt under express provisions of this chapter or that on the facts of the particular case the public interest served by not disclosing the record clearly outweighs the public interest served by disclosure of the record.

And as AHF correctly notes in their punchy little petition, filed just four days after receiving that slab of nonsense from Garcetti, “The Mayor’s Office’s ‘policy’ is not a recognized exemption under the CPRA.” That, according to the law, is all it takes to justify filing a petition. The relevant part, at §6258, is that “[a]ny person may institute proceedings for injunctive or declarative relief or writ of mandate in any court of competent jurisdiction to enforce his or her right to inspect or to receive a copy of any public record.”

And so many City departments rely on requesters not doing this, or debating the issues rather than filing a petition, and so on. They argue, quibble, deny, reconsider, fool around interminably, counting on the fact that mostly they won’t get sued. And, interestingly, when they do get sued they almost always concede immediately. And when they fight, they lose. Because they’re wrong. They’re not even trying to be right.

The best-case explanation of the facts is that someone over there decided that it’s cheaper in the long run not to comply with the law and just pay up in the rare case that someone does file a petition. The worst case is that they just don’t care one way or the other because it’s not their money. Over the last few years they’ve paid out more than $700,000 in CPRA fees and costs.

And as far as I can see, at least in the short term, the best way of changing the City’s CPRA culture is by doing precisely as AHF has done. Don’t wait, don’t debate. The second the City2 wrongly denies a request, file a lawsuit. There’s very little risk to filing these suits, and the City can’t follow the law at all so there’s very little risk of losing well-chosen cases. Eventually either the cost-benefit analysis will shift or the terrible publicity they’re starting to get for how they handle CPRA requests will shift it.

That’s the best short term solution I can think of, but -- and you may have heard me rant about this interminably at any one of pretty much dozens of venues -- in the long run I think our only hope is a local “sunshine ordinance.” The CPRA allows local jurisdictions to pass laws that grant broader access than the CPRA itself. A number of Cities around California have done this, and some of their efforts, from a requester’s point of view, are really spectacular and worth reading.

Los Angeles could really use such a law. It might not be that hard to pass, either. I have a feeling that a counter-narrative, an opposition narrative, might be hard to construct and I think voters are mostly in favor of such laws. I have no idea how to undertake such a project, but I know there are people out there who do. Maybe it will happen at some point.

So the City is a local agency, and possibly boards or commissions, but surely not departments like HCIDLA or the Office of the Mayor. Nevertheless, the City Attorney’s theory is indeed that each department, office, practically individual employee of the City is a distinct local agency. One of the things they use this theory for is to make requesters resubmit their requests over and over and over again.

Each resubmission, on the City’s theory, restarts the response clock. This is one of the reasons why the theory must be wrong. There are other much more consequential reasons that I mean to write about some day, although today is not that day (no matter how much it might seem like it is if you got this far in this damn footnote!)