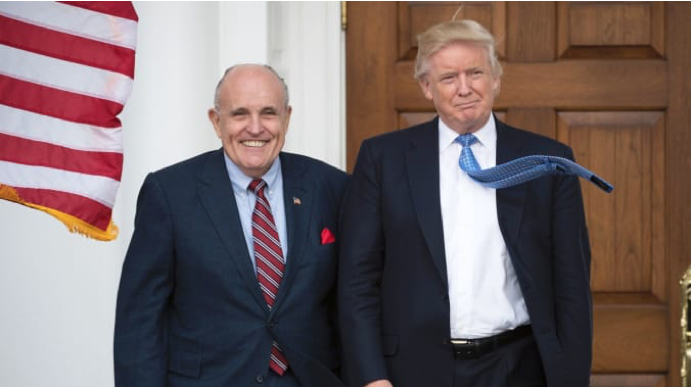 After all, it's reasonable to question why the infamous Trump telephone call occurred. Trump and his crew have lots of other possibilities for smearing Democrats. Why risk his presidency on this one?

This explains the mad scramble by Trump and his cronies to draft the new Ukrainian president Zelensky into the plan. If he wouldn't come willingly, then they had other tools such as extortion -- just withhold weapons needed to defend eastern Ukraine against the Russians.

Day 1 of the hearings

Thus we have the sorry spectacle of congressman Devin Nunes (R. California) going on about a fanciful plot whereby Ukraine is alleged to have colluded with the Democratic National Committee to fix the 2016 election. It doesn't make any sense -- imagine Ukraine, battered and barely holding onto its own territory, getting involved in a plot that wouldn't really do them much good -- none of this makes sense. But notice that this argument fits perfectly with Russian interests in that it redirects the real crimes in the 2016 U.S. election to a country that isn't Russia but that Russia wants to smear.

We may ask why Nunes goes beyond merely defending Trump and goes to defending Russian interests? Perhaps the voters in his district will finally get around to asking that question.

Jim Jordan (Rep. Ohio) is certainly throwing a lot of stones in his own glass house. He is the poster child for taking one for the team. But he's still a jerk.

We might also add that the accumulating evidence suggests that Giuliani is more than just a sleazy mouthpiece for Trump's stupidity. He is looking more and more like a corrupt fixer.