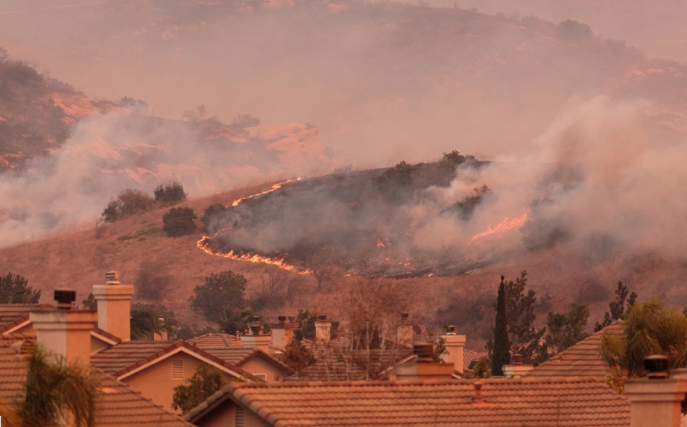 OTHER WORDS-Right now, thousands of Californians are fleeing raging wildfires, while millions sit in the dark. And for-profit utilities may be to blame.

Pacific Gas & Electric — a private, for-profit utility in the state — has admitted that its equipment likely caused 10 wildfires this year alone. To avoid further damage, the utility has been shutting off its customers’ power when weather conditions cause increased fire danger.

Will this lower the risk of wildfires? Maybe. It will also leave blacked out hospitals choosing whether to refrigerate their vaccines or keep their medical records online.

As Vox environmental reporter David Roberts put it, giving customers a choice between blackouts or fires is a failure.

A popular theory says that businesses must be “efficient” in order to survive in a competitive marketplace. By contrast, the government — without such market pressure — is naturally “inefficient.”

But even in the best cases, for-profit utilities with state-sanctioned monopolies are not functioning in a competitive marketplace. And unlike public utilities, which simply have to cover the costs of operating, privatized utilities must generate something else: profits.

How do they do this? By cutting costs — including employee salaries and benefits, customer services, and equipment upgrades. In the case of PG&E, it’s meant failing to upgrade and maintain their aging infrastructure.

It would be one thing if PG&E’s grid used all of the latest, most up-to-date technology. But that’s not the case. Instead of making their grid more resilient, now they simply shut it off when the weather gets bad — and it may still be causing fires.

And if customers don’t like that, too bad. It’s a monopoly.

Prices and service aren’t the only things at stake. We also need to get power from sources that are reliable, safe, and environmentally clean.

A corporation with a profit incentive, which needs to provide shareholders with growth each quarter, may not invest in that. Upgrading and maintaining infrastructure cuts into profits, giving them a reason to sacrifice safety and eco-friendliness to cut costs.

Imagine a circumstance in which most consumers and businesses get their power from clean, rooftop solar panels.

Sounds great, but there’s a big problem for for-profit utilities: After the initial manufacturing and installation, there’s no profit in people getting their power from the sun.

It’s clean, it’s technologically sound, and yet it’s not available to most people. As long as private, for-profit corporations provide our power, cleaner solutions like rooftop solar will remain out of reach to many.

But what if we had publicly owned utilities?

The wildfires — and the climate crisis that’s making them worse — are public problems. The reliability of our power grid is a public need.

When we privatize our utilities, we limit the solutions we can choose from to those that are profitable to a corporation. We risk situations like the one we are in now, in which the public is suffering the consequences of decisions a private entity made to maximize its own profits.

The public interest, not private profit, should be priority No. 1. If there’s a silver lining to this mess with PG&E, it’s that more people will demand that.

(Jill Richardson writes for Other Words and is a contributor to CityWatch.)