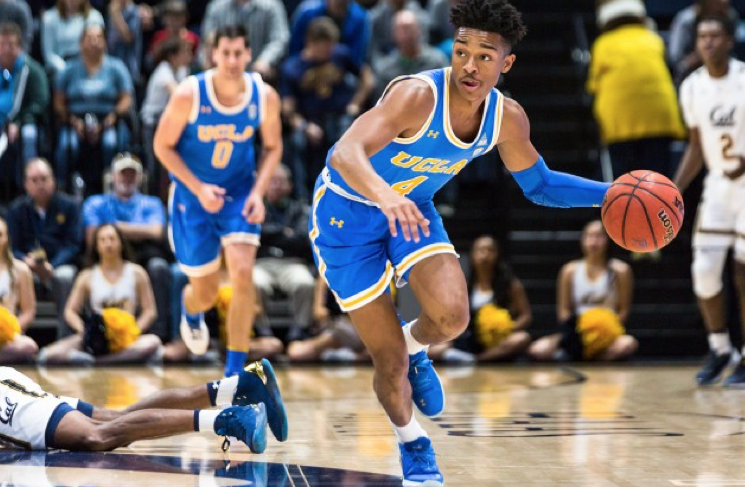 SPORTS POLITICS- The NCAA’s board of governors finally decided to throw a bone to the world-class entertainers that fill the stadiums with fans and their coffers with cash.

Beginning in 2021, the notorious NCAA slavery mill will allow players to be paid when their image, name and likeness are sold. Previously, compensation of any kind has been prohibited, hidden under the shady umbrella of amateurism. Except, of course, through back room deals, kickbacks and other pay-for-play schemes that have corrupted college sports since their inception.

So, under pressure from players, fans, coaches and the media, the NCAA finally decided to share a miniscule fraction of the wealth with their indentured servants. So, the next time they sell a million dollars of a player’s jersey, they’ve reluctantly offered to compensate him for it.

How generous. Is it possible that the governing body with the God complex might be finding religion? Doubtful. This is nothing more than a political and legislative play they can no longer afford to ignore.

It’s also an insult to the athletes. After all, this is compensation they should have been receiving all along. A serious gesture of goodwill would be paying reparations on all the past sales of the player’s names, likeness and image. But don’t hold your breath, sports fans: the NCAA is rarely accused of doing the right thing.

Meanwhile, outside of this meager change in policy, top football and basketball players continue to be ripped off, exploited by an old and corrupt good old boys’ system. Why aren’t the athletes themselves protesting at their respective Colleges and Universities? Do they really believe that receiving a college diploma is just compensation for filling stadiums and driving hundreds of millions of dollars in revenue? Probably not, yet most remain silent. Not out of complicity, but out of ignorance. The truth is that most of them have no idea how much money they are being screwed out of, because most are financially illiterate.

If they understood the basics of how money works, such as the time value of money, Rule of 72 and the power of compound interest, they would never allow themselves to be pillaged by the powers that be.

The fact is that most American’s have never been taught the basics of how money really works. So not only are the athletes financially illiterate, but their parents are as well. And while the diploma they may possibly receive could help them land a better job, it’s a pittance compared to the interest they could earn over a lifetime on a fraction of what their millionaire coaches earn in a single season.

Let’s say the athlete is paid $25,000 per year, which is placed into a trust that cannot be tapped until retirement. After 4 years, the account would be fully vested. This money would be allowed to grow for the next 50 years, upon which time the athlete would be able to withdraw it. Growing tax deferred at a fixed interest rate of 6.5%, this account would grow to over $2.3 million dollars, securing the athletes retirement. The schools that are paying their coaches millions of dollars per year can easily afford a $25,000 per year payment to their players, and even more for their top players.  If necessary, cut the coaches’ salaries in half to fund it.

Of course, the top players should earn much more. Let’s say, $100,000 per year for four years, which is still 1/10 to 1/100 of what their coaches earn. And while this salary disparity is embarrassing, let’s go with it for this example. The star player is paid $400,000 over four years, which is placed in a trust and allowed to grow at the same fixed interest rate of 6.5%. In 50 years, this student athlete will have amassed over $9.3 million dollars.

Now if you think this is a lot of money, consider that Clemson’s head football coach, Dabo Swinney, will earn over $9.3 million for the 2019 season alone, not counting millions more in potential bonuses. And he never even touches a ball, takes a hit or risks getting brain damage through blunt force trauma.

If student athletes got their fair share, they could live their entire lives with the peace of mind of knowing that their retirement is secure. They still wouldn’t be rich like their coaches, but at least they would be set in their later years. Doesn’t the NCAA and the schools for which they play owe them that much?

And the student athletes that entertain the fans that pay the coaches salary earn zero. Nada. Nothing, except possibly a degree that will likely be obsolete by graduation. Due to the stringent demands their sports scholarship’s places on them, student athletes aren’t even afforded the luxury of a conventional college experience. They are in a never–ending, breakneck cycle of practice, studying, traveling and playing. Due to this reality, it’s questionable as to whether these kids get a much of an education.

So why aren’t the athletes and their parents protesting the obvious abuse of not being paid? It’s simple. Most of these football and basketball players come from financially illiterate families that have no idea how much money their kids are being robbed of over the course of their lifetime. As a former NCAA Division I tennis player, I promise you that if this money were being generated by collegiate golf and tennis players, the top ones would graduate as millionaires. Kids that grow up playing golf and tennis at country clubs are taught by their rich parents about money, and they would never allow the powers at be to rob them of their right to fair compensation.  But tennis and golf are financial losers for colleges and universities, so this open rebellion of the financially literate is not likely to occur, and the NCAA knows it. So, the student slavery scheme continues, with no end in sight.

It’s time to stand up and stop this exploitation. We owe it to the student athletes, who are barely adults, to defend them against this organizational corruption.

(Steve Siebold is a former collegiate and professional athlete. He is author of the book ‘How Money Works.’ )