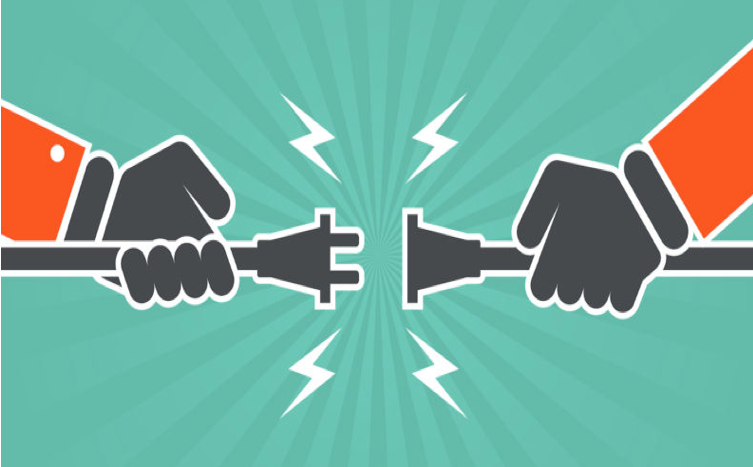 DIGITAL WIZARDS MISS THE BOAT-From the VC “masters of the universe” on Sand Hill Road and Y Combinator to the social media FAANG monopolists to the adolescent male libertarian bros with their internet startups — all share the fundamentalist faith in electricity.

Rarely did they question how their burgeoning digital economy disruptions were based largely on fossil and over-age nuclear powered electric utilities. Lately, many are seeing the solution to climate change and the foreseeable future of blackouts as installing solar panels on their buildings.

As Pacific Gas & Electric, reeling in bankruptcy due to fires it caused, prepares for another round of deliberate outages in California’s North Bay17 counties, Southern California Edison is planning more such precautionary blackouts in its service area.

Silicon Valley’s self-proclaimed entrepreneurial innovators came late to climate change and the global shift to renewable energy and materials, now driving 21st century circular economies. We noted this omission in our TV coverage of the first “cleantech“ investors’ conference in San Francisco in 2014.

Dazzled by new money-making opportunities, they knew little and cared less about the technological specifications, running around proclaiming that this could be “the next big thing”; asking “what’s the ROI” while green investors use EROI. True to Silicon Valley’s bottom line, they asked “What’s the exit strategy?”

Few of these business models accounted for their external costs to society, as I have documented in “Money Is Not Wealth: Cryptos v. Fiats”;  “The Idiocy of Things“ and “The Future of Democracy Challenged in the Digital Age.”

Little did Silicon Valley players recognize the extent to which all their business models and the success of their “Unicorn” companies were based on obsolete nukes and fossil electricity.

They also relied on taxpayer funded investments in R&D, infostructure which created the internet: satellites, fiber optic cables and many of the patents they privatized and monetized, as described by economist Mariana Mazzucato in “The Entrepreneurial State” (2015).

Meanwhile, Karmic consequences piled up, including the outrage from users of social media who realized that their personal information was being sold to data brokers and the influence marketing industry for profits, enabled by using publicly funded internet platforms and their network effects.

Then we learned how social media algorithms manipulated human behavior with clickbait, psychographic targeting audiences for precision selling and threatening the health of children.

Lawmakers in the European Union enacted their General Data Protection Regulation (GDPR) and California followed suit. The U.S. Congress debates breaking up the FAANGs on anti-trust grounds and seeks to protect the U.S. elections in 2020 from foreign bots, fake news, biased algorithms and false political groups and ads on Facebook, Google, Twitter and other social media.

California’s electric utilities, like most in the USA still deliver their indispensable power on obsolete thickets of wires and transformers strung on millions of poles on streets to their retail users -- rather than underground, which is more usual in many European countries. Large transmitters are used on both continents for delivering electricity on regional and national grids.

The new fire hazards from these obsolete poles and wires thus require PG & E, Southern California Edison and other utilities to simply shut down power in regions threatened by bad weather, Santa Ana winds, or other maintenance problems. To bury all these electric cables underground to safely serve retail customers, as the best fire-safety requires, would take decades and cost Californians some $20 trillion at least, along with major logistical disruptions.

This is unlikely to happen, so Silicon Valley risks the same blackouts experienced in other Californian areas, and in many less-developed countries.

These rolling blackouts are the new normal, Silicon Valley. This is simply Karmic feedback on short-lived, money-obsessed business models that must now change.

Hubris always ends up encountering reality. Get used to it!

(Hazel Henderson, Author of “Mapping the Global Transition to  the Solar Age” and other books in 800 libraries worldwide in over 20  languages, is CEO of Ethical Markets Media Certified B. Corporation, producer of  “Transforming Finance” TV series and publishers of the Green Transition Scoreboard.) Prepped for CityWatch by Linda Abrams.