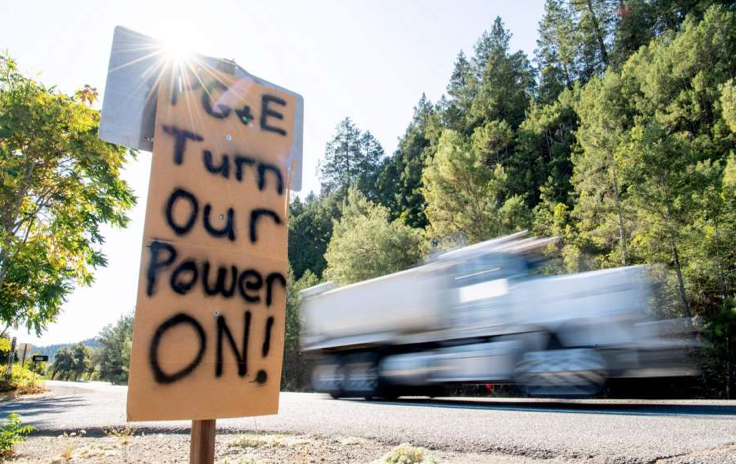 GUEST COMMENTARY--Here’s how to put an end to PG&E’s reign of error.

The answer: Make this so-called "public utility" into a true public system—a customer-owned power cooperative, a plan proposed by the City of San Jose.  Currently, the only thing "public" about this "public utility" are the bills the public pays and the charred homes and bodies this bankrupt beast leaves behind.

But how, without busting government coffers?

New Yorkers already led the way:  For fifteen years, Long Island Lighting Company, LILCO, which, like PG&E left millions of customers in the dark, endangered their safety and emptied pockets with monstrously high electric bills.  Then, in 1989, the customers seized ownership of the renegade utility—at low cost, below its book value.  The result:  the new publicly owned system cut electric bills, increased system reliability and safety, boosted green energy programs and even shut and dismantled a dangerous nuclear plant.

I can tell you all about it because I drafted that original law that allowed the low-cost takeover.  In 1981, as Executive Director of the state legislature’s Science and Technology Commission, I was approached by politicians representing LILCO’s three million desperate customers to come up with a solution to a company officially deemed incompetent by regulators.  Our solution was inventive.  LILCO’s stock, like PG&E’s, was in the toilet, trading at a fraction of its book value, that is, way less than the cost of its lines and equipment.  So, we drafted, and the legislature passed a law permitting the state to make a hostile tender offer for LILCO’s stock.  If corporate raiders can take over companies cheap to reap giant profits, why can’t the state do a hostile takeover to keep the public safe and reduce electric bills.

To keep the utility’s stock from soaring on the takeover offer, I drafted civil racketeering charges for the government to file against the power company.  A jury awarded the beleaguered customers $4 billion in damages.  The company, now effectively bankrupted like PG&E, sold to the state’s newly created Long Island Power Authority at cost low enough to cut power rates and rebuild the system.  (Two decades later, after the public paid for the system’s re-building, Governor Andrew Cuomo sold the system to new privateers, reversing the pro-consumer action of his father, Governor Mario Cuomo. But that’s another story.)

San Jose has the right idea: consumer ownership.  But to keep the cost low and move quickly, local and state governments should take advantage of PG&E’s stock selling for a mere $4 a share.  That, combined with legal action to seek compensation for system maintenance paid by customers but pocketed by PG&E investors, should force this un-public utility into the public’s hands.

(Investigative reporter and economist Greg Palast, who has advised 26 state governments on the power industry, wrote the United Nation’s guide for governing utilities, Democracy and Regulation.)