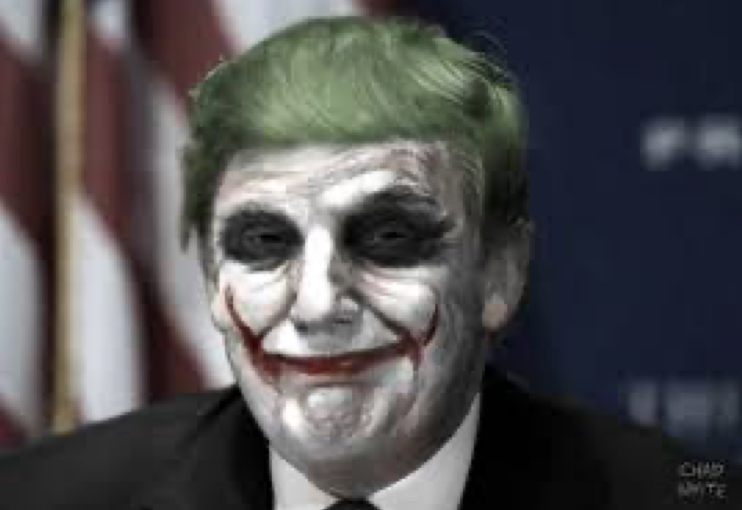 ALPERN AT LARGE--Happy Halloween, everybody! Want to hear a good joke? Here goes:

Question: What's more pathetic than a President whose mouth and antics make enemies and promotes his own impeachment?

Answer: The Congressman (Adam Schiff) who blows that impeachment, and whose mouth and antics is probably helping to get that President re-elected!

Frankly, this whole impeachment thing is like being caught between two homeless schizophrenics screaming at each other and being forced to take a side.

Although it's probably waaaay easier to empathize with the homeless schizophrenic.

1) On the day of the successful operation to remove (and kill) the head of ISIS, it should have been Trump's time to shine.

That ISIS leader was a monster named Abu Bakr al-Baghdadi, and who some of us remember was responsible for the beheadings of innocents, throwing homosexuals off cliffs, slaughtering Christians and other religious minorities, and burning alive a Jordanian pilot. The world is clearly better without him.

Yet on that same day, at a World Series home game in DC between the Washington Nationals and the Houston Astros, Trump heard the "Lock Him Up" chant from the crowd there.

Karma for all the "Lock Her Up?" chants at his rallies? Good clean fun?

Similarly, the "he died like a dog" (referring to al-Baghdadi) line was probably meant to humiliate and dissuade all ISIS and al-Qaeda wannabes probably didn't go over as well as him honoring a real dog, which was the K-9 dog injured in that raid (the only casualty).

So some of us were thrilled that Trump and his generals (and MOST importantly the Special Forces heroes) worked with the local powers to take this monster out...but wondered if the phraseology could have been altered to something like "he died like he lived, like a coward, and even made his small children to die with him when he realized he couldn't use them as human shields." 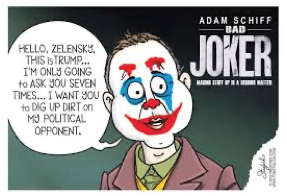 There were plenty of ways that the President could have allowed his political victory (and, more importantly, the victory to both the West and the World) to extend beyond his fan base.

Who clearly has his fan base. Just like Trump.

Does Schiff say ridiculous things virtually every time he opens his mouth? Uh...yup.

Does Schiff push the lines of political and even legal propriety with his non-stop efforts to impeach the President? Uh...yup.

Does Schiff probably ruin the chances that any, except perhaps a few, Republicans will go along with the impeachment effort because it looks too partisan and insufficiently non-biased?

If anyone wants to have some fun at Congressman's Schiff's expense, comedian Tom Schillue is as funny imitating Schiff as is Alec Baldwin imitating President Trump on SNL.

The political antics, the partisan rules that prevent an honest inquiry to the Ukraine impeachment effort and coming just after the two-year Mueller Report/Special Prosecutorial Effort that has (apparently) gone nowhere, makes Schiff just as much a clown as he claims Trump is.

And can anyone acknowledge (at least with a straight face) that Schiff is angry that Trump because the President didn't tell Schiff ahead of time about the raid to kill al-Baghdadi, because Trump feared Schiff would leak that information and ruin the operation?

So, Happy Halloween. Clowns to the left of us, Jokers to the right

No wonder the movie "Joker" is doing so well at the box office.