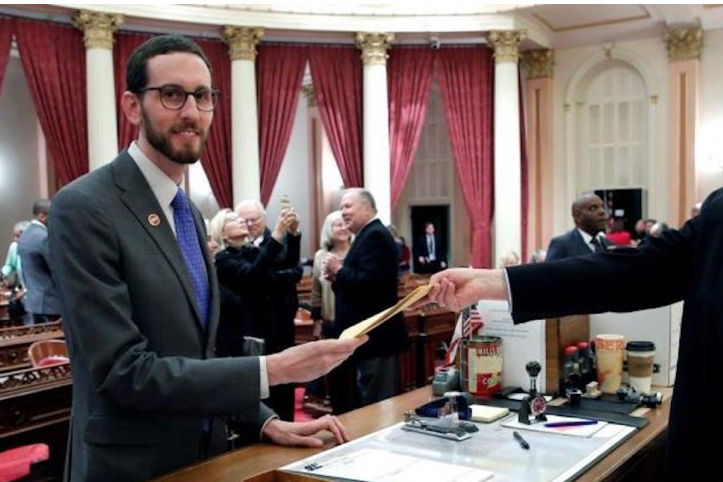 Housing Is A Human Right examined Wiener’s 2020 re-election campaign contributions between February and June of 2019, finding that he raked in more than $75,000 from the real estate industry. The California Apartment Association, the statewide lobbying group for landlords, shelled out $4,700 to Wiener.

So far, Wiener has collected a total of $228,837 from real estate for his 2020 re-election campaign, according to state filings.

Wiener, who represents San Francisco, is the primary author of SB 50, a controversial statewide bill that deregulates land-use protections in California. Activists fear that SB 50, commonly referred to as a “trickle-down” housing bill, will fuel gentrification and displacement in middle- and working-class neighborhoods throughout the state. Housing justice activists stopped the bill in May 2019, but Wiener will re-introduce the legislation soon.

Earlier this year, Housing Is A Human Right released a special report about Wiener’s real estate campaign contributions, titled “Selling Out California: Scott Wiener’s Money Ties to Big Real Estate.” The investigation revealed that Wiener had hauled in nearly 700 contributions from real estate insiders for his 2016 state senate campaign, totaling $574,276. At the time of the report’s publication, he had also brought in $153,816 from real estate for his 2020 re-election bid.

The real estate industry — developers, landlords, brokers, attorneys, architects, lobbyists, property management firms, among others — will generate billions in revenue from Wiener’s SB 50. Ever since he ran for the California State Senate, Wiener, an aggressive legislator who pushes controversial land-use bills, has been the darling of real estate.

Between February and June of 2019, Wiener took in 76 real estate contributions totaling $75,021, according to state filings. One of Wiener’s biggest contributions came from William Witte, the powerful chairman and chief executive officer of Related California, one of the state’s largest developers. Witte delivered $4,700 to Wiener.

In 2018, the California Apartment Association and California Building Industry Association opposed Proposition 10, the statewide ballot measure that would have allowed communities to expand rent control. Wiener refused to back Prop 10, even though it was endorsed by a broad coalition of more than 525 social justice organizations and political leaders.

As revealed in Housing Is A Human Right’s special report, “Flynn is an exceptionally notorious contributor of Wiener’s. Widely considered a predatory landlord, Flynn, a multi-millionaire, built his real estate empire in the Bay Area by purchasing rent-controlled apartment buildings and then forcing longtime tenants out through harassment and other sketchy methods. When those tenants left, he could legally raise the rent to market-rate, charging new residents top dollar. Flynn has consistently delivered campaign cash to Wiener going back to his 2010 run for San Francisco supervisor.”

For nearly a decade, real estate insiders have been key financial backers for Wiener’s political ambitions — from his time as a San Francisco supervisor to now as a state legislator. Headed into a 2020 re-election battle, Weiner will rely, once again, on Big Real Estate money to keep him in power.

(Patrick Range McDonald was a longtime staff writer at L.A. Weekly, where he won numerous awards. He’s now an advocacy journalist for Housing Is A Human Right And an occasional contributor to CityWatch.)