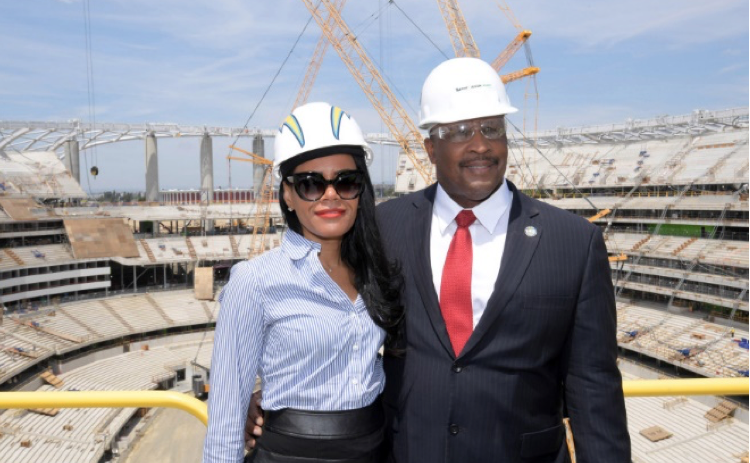 SOUTH OF THE 10--The site will be the home of the Los Angeles Chargers and the Los Angeles Rams plus Super Bowl LVI in 2022 and the College Football National Championship in 2023 and the opening and closing ceremonies of the 2028 Olympic Games.

2UrbanGirls has continuously reported on Mayor Butts and the city council’s votes bestowing accelerated salary increases and promotions for her to keep his secrets. We also were the first to report McDade was walked out of city hall.

Now that McDade is no longer under the thumb of Mayor Butts, the city of Inglewood is alleging she is in cahoots with Madison Square Garden.

The facts are McDade is a mother and grandmother and Mayor Butts isn’t worth her freedom.

There is no doubt she has “receipts” to back up her claims and sooner than later Inglewood residents will most likely see Inglewood City Hall raided by the Feds. Kinda like what’s going on in Atlanta behind their former Mayor Kasim Reed.

How soon before others jump ship and save themselves?

In typical Mayor Butts fashion, he provided a snarky comment during today’s regular city council meeting where he and council passed an expected rent control ordinance. He actually thanked McDade for her work on the ordinance while secretly accusing her of fraud, to justify her being walked off her job.

Read the full article on McDade’s change of testimony by clicking here.