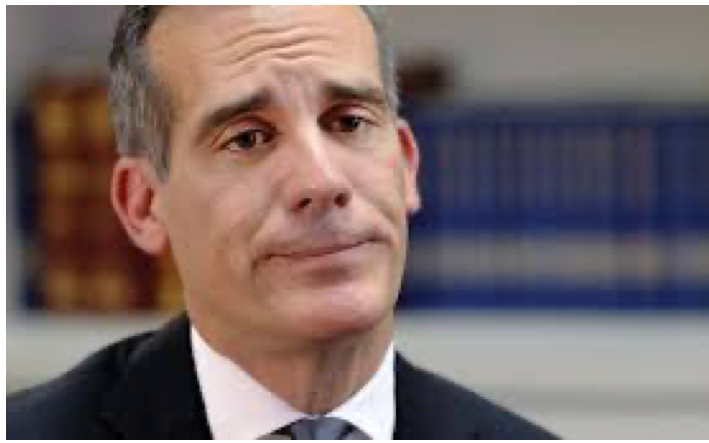 And YES, Los Angeles used to have a Mayor (Richard Riordan) who changed the landscape of the City of the Angels with his championing Neighborhood Councils to empower non-political and grassroots-oriented Angelenos against avaricious City Councilmembers and their enabling developer contributors.

And YES, Los Angeles used to have a Laker team that included such angels as Magic Johnson, who gave up parts of his salary to allow other quality players to be included on the Laker team and yet stay under the salary cap.

So now we have a Mayor who says we're doing things and making progress on the homeless front (we're not).

So now we have a Mayor who says we're spending Measure H and HHH money well (heck no, when it costs up to a half-million or more per unit to house the homeless).

So now we have a Mayor who says he works well with the police (who privately and probably hate his guts), and the police are being told to stand down and be nice to criminals and lawbreakers (particularly if they're "non-violent offenders").

So now we have a Mayor who boasts of all sorts of reductions of pedestrian and bicyclist deaths on LA's streets. That is just not true. Yeah...more Road Diets, Vision Zero, and a host of accompanying suckups by the usual suspects to the Mayor will really save lives, huh?

So now we have a Mayor who claims he's using transportation funds from the city, county, and state for good purposes...but won't work with the private sector to perform a "Marshall Plan" to fast-track road, sidewalk, median and other repairs that are decades overdue (and it's not like the pipeline for such funds haven't increased dramatically over the past several years).

So now we have a pro-transit Mayor...while bus, rail, and related transit use is frightfully down (service and safety/security probably are the main reasons for this).

In short, Mr. Mayor, you are a Lying Liar if ever there was one.

But hey, we voted for you, and we voted for the Lying Liar in Sacramento, Gavin Newsom, who might appoint you to replace to Senator Dianne Feinstein if she retires early if you do his bidding (and both of our current Senators have proven and demonstrated themselves to be Lying Liars in their own ways, haven't they?).

But HE is the Mayor, and we're NOT. So, he wins. And he's got his fanboys and fangirls who want a piece of the action he's created (regardless of whether it destroys the middle and lower classes of Los Angeles, right?). 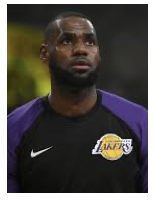 ... and so, we deserve LeBron James, "King of the Woke" who doesn't give a Good Goshdarn if the people of Hong Kong and the child laborers of China suffer because of his ill-gotten wealth.

In addition to the meritorious Magic Johnson, we also had Laker superstar Shaquille O'Neal decry any limits on free speech, such as that which Houston Rockets General Manager Daryl Morey used briefly to support the Hong Kong protestors who want the same rights we have right here in America before NBA Commish Adam "The Mutant" Silver put the kibosh on that.

LeBron "The King" James pretty much told Morey and any others who dared cross the Chinese Communist/Free Speech/Human Rights Squelchers that they shouldn't weigh in and speak about things they just didn't know about. It's good to be "King", isn't it?

And "King James" decided to follow-up with interrupting the national anthem prior to the Lakers/Clippers opening Tuesday night by stepping out of line and shouting "Let's go!"

I'm a traditional Laker fan because of folks like Magic and Shaq (and let's not forget wonderful Americans James Worthy, A.C. Green, Pat Riley, Byron Scott, Kurt Rambis, Michael Cooper and others...seriously!) who made us all not give a rip that we had no NFL team.

But I'm glad that the Clippers won, because the leader of the creepy team (which Tuesday night was the Lakers, I'm afraid) made the Lakers "the bad guys". So, the good guys won, frankly, because "King James" brought his team down with him.

Just like "King Eric the Woke Mayor" has made L.A. the bad guy to the rest of the nation (although King Gavin Newsom has beaten King Eric Garcetti to the punch with thrashing the livability of San Francisco) through his constant lying-while-virtue-signaling.

Los Angeles has stopped being the City of the Angels a loooong time ago.

But criticizing the power and influence of its wicked and fan-adoring Kings doesn't make us devils for doing so.