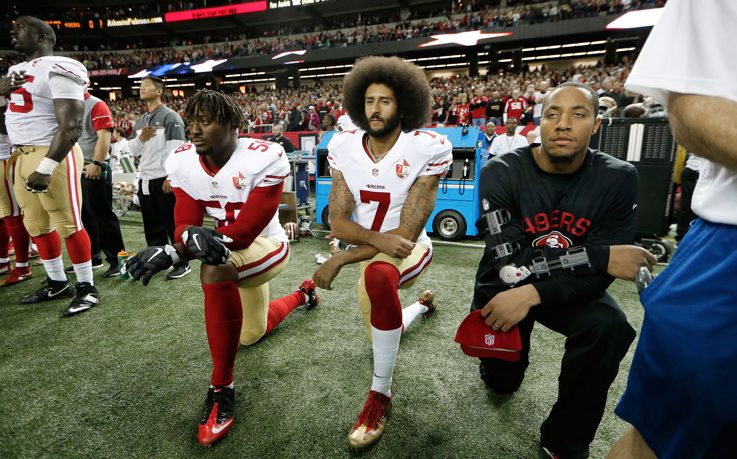 SOUTH OF THE 10-The NFL owners, especially Sofi Stadium owner Stan Kroenke, must have had a serious brain fart when it comes to their latest proposal.

The Bleacher Report is stating the NFL wants the players to help fund Kroenke’s Inglewood stadium.

The NFL didn’t totally think through the return to the Los Angeles market nor did the Inglewood City Council in their haste to put a feather in the cap of Inglewood Mayor James Butts.

The city of Inglewood lacks enough parking for Kroenke’s multi-billion-dollar stadium and the Los Angeles Chargers are unable to sell PSL tickets. The league has also forgotten how it treats its players when they stand up for social issues, specifically the black balling of former quarterback Colin Kaepernick.

Now we learn that the NFL is proposing that the players help fund Kroenke’s stadium. The answer should be a loud and resounding FUCK NO!

The city of Inglewood is proposing a people mover, to the Forum, the stadium and possibly the NBA arena to solve the lack of parking. During this week’s city council meeting, they are suggesting a developer should self-fund the construction and get paid once it’s up and running.

Another idea was that property owners pay through it via their property taxes. Mayor Butts continues to laud the project as “totally self-financed by Kroenke” which appears to be a lie.

Stockbridge Capital is responsible for investing government employees’ pensions and has dumped all monies received into financing the Inglewood stadium.

The city and Kroenke have bitten off more than they can chew and are making the return of football to the Los Angeles region a nightmare.

If the players do plan on entertaining the leagues proposal, the only logical compromise would be the immediate return of Colin Kaepernick to an NFL team or Stan Kroenke can go fuck himself.