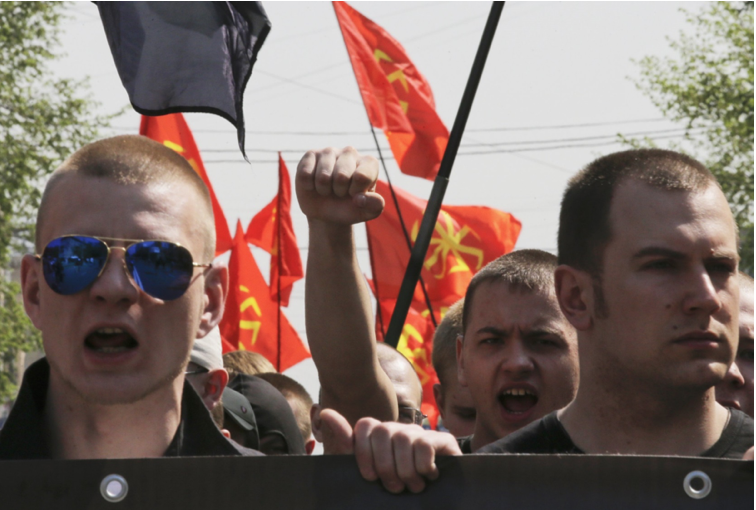 ALPERN AT LARGE-Guess what, everybody! We're all working for Russia and/or the Ukraine!

1) Trump's pullout from Syria is, it's to be presumed, proof positive that he works for Putin! And Erdogan, to boot! Turkey is running roughshod over the Kurds, and Trump's opponents (BOTH Democratic and Republican) are upset that Putin now owns the Syria situation.

Of course, now that Putin owns Syria, is he lucky and victorious, or now in the spotlight for potential failure if or when things continue to spiral out of control.

2) So now that Trump is the anti-war candidate, and joins Code Pink and others against more foreign wars that will tie us up forever, is it now the Democratic Party that wants us to go to the Mideast to take on terrorism, ISIS, and Russian proxies?

After all, that last debate or two sure suggested that The Kurds have fought and died so that we didn't have to, but now that Turkey and Syria get to go mano a mano, it's Russia's game...presumably.

And now, it appears Tulsi Gabbard is a Russian asset, according to none other than Hillary Clinton, who has declared Gabbard to be a stealth candidate for Putin.

Trump formerly endorsed Romney when he ran for President, then Romney attacked Trump when he ran, and then Romney wanted to be Secretary of State for Trump.

And now Romney is Trump's biggest critic in the Senate... and supported impeachment consideration for the Russia and Ukraine investigations while being as loved by Democrats more than most Republicans in the same way Tulsi Gabbard is loved by Republicans more than Democrats.

So maybe...Romney is ALSO a Russian plant. He sure was caught up in the "Russia is the most dangerous threat" and got lambasted by President Obama during the 2012 debate. Methinks Romney doth protest too much? Conspiracy theory? Stupid idea that should be promoted by CityWatch to grab a few extra readers?

And what about Biden, who appears to have ties (with or without his son Hunter) to both the Ukraine and China.

So, what to do when Trump, Clinton (think her nuclear/uranium connection with Russia), and folks all over the political spectrum are "Russian plants"?

Well, it looks like it's McCarthyism all over again, Comrade?

And for those of you reading this silly article to the very end ... maybe YOU are a Russian plant!