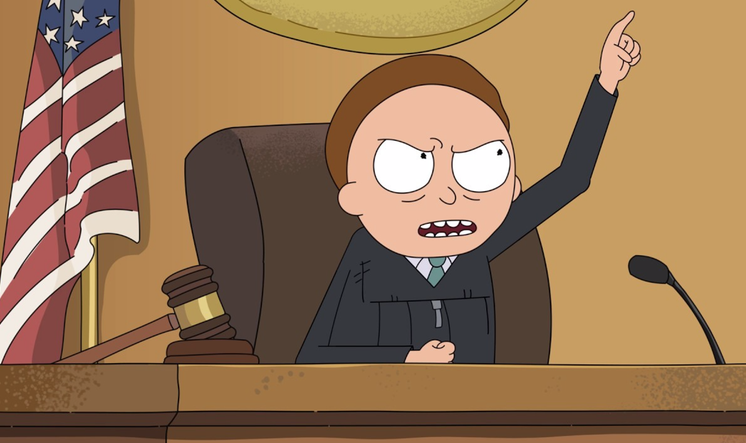 LA RECALLS-In my condo-rental-related lawsuit we ended up having five judges who heard the case.

This moving around of judges like pawns on a chessboard is utterly bizarre and inefficient. Each judge would not honor what the previous judge had instructed. It was truly maddening.

And who does a self-represented litigant turn to when clear bias has raised its ugly head? No one. I turned to the Supervising Judge, Judge Cotton, but his response letters were offensive and devoid of facts – there truly was no one.

When Judge Paul Bacigalupo sanctioned me over $2500 for serving a subpoena for email records to a defendant’s employer, no one, no lawyer, no appellate firm could make sense of it. But he got away with ignoring the Civil Code of Procedure without a blink of an eye. Was I going to pay $7500 to file a Writ to undo this very improper and very personal ruling? No. I did file a complaint against him to the CJP, but they ignored my complaint.

In the past week or so I learned (from a CityWatch reader) that Bacigalupo was a Special Master for the CJP in 2018 at the time that I filed/mailed in my complaint. So, that explains them turning a blind eye. Is this what judicial oversight has become? No judge should have such power. In fact, Bacigalupo is working hard to make sure that we can no longer recall judges -- even forming a group to stop movements such as ours.

According to a report in the Daily Post in Palo Alto, Bacigalupo said the group was formed in response to “increased attacks on the independence of the judiciary, the role of decision making and a misunderstanding about the role of a judge and the judicial system.”

It’s precisely his “decision making” that we have a right to question as he and other judges continue to affect the lives of thousands each year. I am uncertain how this man thinks he has a right to even speak on the matter. He yelled at me with such rage within minutes of appearing in front of him for simply trying to tell him that the attorney calling in to the CMC hearing should not be appearing or heard because his clients were dismissed. This display of rage was not an isolated incident.

As stated in my previous article, Bacigalupo also mocked my entire case and pleading. It must not have been that funny because I prevailed with a $300,000 settlement and was able to recoup on top of that his $2500 sanctions. In fact, I would not even go into mediation if the defendant would not agree to give me back the money since the ruling was so utterly bizarre. I would have continued to litigate if that money had not come back to me.

This kind of ruling makes one feel like someone has stolen money from you when it blatantly contradicts the Code of Civil Procedure, and, based on the transcript, makes no sense whatsoever. It was very personal for this judge and it appeared that he had not read the response to the Protective Order or the actual subpoena for the email communications between defendants.

Retired Judge Frank Johnson came back to the bench in 2018 around the time I was litigating. For some reason we were redirected to him from Dept. U on Demurrer day. A 13-page Tentative Ruling was waiting for me. He allowed out two of my defendants due to lack of privity on Negligence when California does not mandate one be in contract to sue for Negligence. This guy is probably in his seventies and there is case law going back at least 50 years backing this up. So he had to know this. He then sustained the same defendants’ Demurrer to Retaliation, claiming I didn’t prove they were an agent for my landlord even though the agency contract was an Exhibit in the complaint. I then had to pay an appellate firm to get involved. Why? How can a judge be so blatantly incompetent? And why should repercussions cost $20,000 or more?

When you stand back and look at all of this it is hard not to wonder if there isn’t some form of conspiracy against self-represented litigants. Or are our judges just completely and utterly brain dead?

Our movement is about taking three major steps:

1.) The beginning of a recall movement that will span over years to come.

2.) Seeking out opponents to each judge listed on LARecalls.com. Other judges will be added in the future.

Oversight of these judges is abysmal and that’s unacceptable. They are not gods and we need to make sure they start waking up to that fact. They need to fear losing their jobs -- just like every other Californian.

While we appreciate the California State Auditor looking into the CJP, it was not enough. They have given the CJP way too much time to implement minor changes. We need committees formed that will come up with resolutions and panels to review the thousands of complaints that come in each year against biased and unhinged judges. And why not have a committee or panel in each court for self-represented litigants or any litigant, for that matter, to contact once a blatantly biased ruling comes in and/or evidence of ex parte communications is exposed.

There is money for all of this -- it’s just that it’s being used to supplement judges’ salaries. Why did they take away court reporters in civil cases? Waiting months and years for a resolution after a bad ruling, costs litigants and the voters money. We already know that most self-represented litigants can’t afford to hire an appellate firm so the absurd rulings will not be overturned. This is not justice. Do panel members need to consist of lawyers and retired judges or those with a mere understanding of CCP and the California Rules of Court? I don’t know. I mean, it’s not rocket science, but I don’t know the answer. I do know that we need a panel for the people and not for the judges -- and we need to get this conversation going NOW. With each passing day that these judges sit on the bench they are stripping victims of their right to be heard and in many cases, their freedom.

You can do your own due diligence by going to BallotPedia and check on your own judge to see when their term is up. Seek out lawyers in your communities to oppose them. With no one opposing them they will automatically be reelected.

It does not go unnoticed that judges like Bacigalupo are associated with the CJA, the CJP and the State bar. This is the way certain judges can build a Teflon wall around them so that no one can touch them. While Bacigalupo does not come up for reelection until 2021, we can get him off the bench much sooner with your help.

If you are passionate and truly want to help our cause, please sign up to volunteer and let us know in what capacity you believe you can help. Let us know if you are a member of a church, a community or sit on a school board. Do you know others who agree that we need great reform in our court system? Are

you yourself able to circulate petitions? Involve your communities, your family and friends. This is a movement that is not going away. Are you registered to vote? If not, and you live in LA County, go to your local post office and register. Let us know how you can help at LArecalls.com or email us at: inquire@larecalls.com.

If you don’t have time but you want to support our much needed and long overdue movement, please donate as much as you can here.

To all lawyers reading this: We are currently seeking an opponent to run against Judge Alison Mackenzie (photo left) who must appear on the ballot in 2020. Please reach out to us at inquire@larecalls.com if you are up to the task.