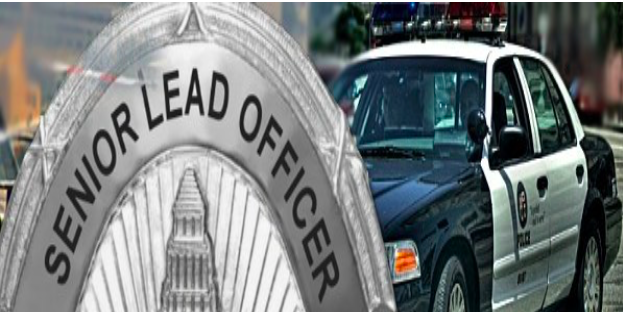 but some folks require incarceration of some sort to preserve the welfare and safety of the rest of us playing by the rules. No regrets about that sentiment.

Let me start this article by saying that Californians (or should I say, those who didn't flee the state) were complete fools by passing Proposition 47 and 57 on the false narratives that we were incarcerating people for the wrong reasons, and not rehabilitating the right people because there's a "prison industry"--the law-enforcement community said "VOTE NO!" to Proposition 47 and 57...

...and then, like fools do, we ignored the law enforcement and justice communities by passing them, anyway. I proudly voted "NO!" but clearly I was not in the majority of those who voted.

Let me start this article by saying that from the Mayor to the City Attorney on down, we've disrespected, disempowered and discredited those who we pay for and empower to protect us and keep our society ordered and civilized in the City of the Angels.

And let me start this article that saying that we've prioritized the rights of rule-breakers, be they homeless or ex-cons, and be they parolees to repeat-offenders who've yet to be brought to justice, by far more than the rights of the law-abiding, the innocent, and the ones who are paying the taxes and the societal price for the rule-breakers...only to be told we're not doing ENOUGH.

So now we've a world where the LAPD are well-known to have response times of 30-45 minutes or more, or even never, and we're mirroring other large American cities that have also gone bonkers and told the rest of us who still support law enforcement to go pound sand.

No wonder the Second Amendment and gun purchases are UP, if we're told we have to defend ourselves! (Not a big fan of guns everywhere, but I understand why folks are drawing the conclusion that they can't rely on the police).

And now the LAPD appears to be standing down.

To some degree, I really don't blame them--jerks misbehaving on Metro trains, and police arresting and intervening appropriately...lead to the police getting blamed, and disciplined.

And ditto to just about everything else where the police have been told that THEY are the problem by the political leaders who we once presumed favored law and order.

So now that we're increasingly on our own...feel free to ask your local Senior Lead Officer or other friendly neighborhood peace officer:

IS THE LAPD ON STAND-DOWN?