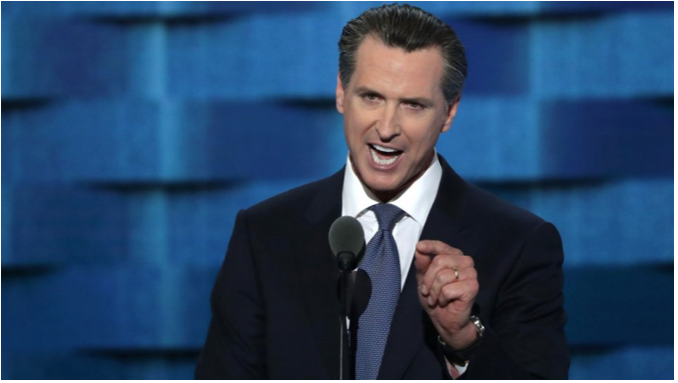 ALPERN AT LARGE--Congratulations, California--not only have you made this a one-party state (kind of like Alabama, but on the other side of the political spectrum), but you've now allowed the Golden State to become an environmental nightmare.

What's that, you say? Is not California the paragon of environmental virtues? The cutting edge of environmental wokeness, of banning straws, of ending all fossil fuels, and of taxing gasoline taxes to improve our mobility and our environmental health?

I know, I know, I know. Those pesky CEQA (California Environmental Quality Act) laws limit unbridled development, which would presumably be driven by the evil Republicans and law-abiding Democrats who have driven this state into the ditch because they don't care about infrastructure and affordable housing.

Except for one pesky argument, based entirely on facts and history:

The Golden State, which used to be a reddish/purple state, fought for BOTH environmental and developmental oversight, and fought as well for sustainable infrastructure, new environmental technology, and transparent/cost-effective political and economic endeavors to MAKE the state Golden for ALL.

But the evil Republicans and law-abiding Democrats, who believed in the essence of democracy, government oversight and transparency, and essential infrastructure, have to a large degree left the state...to where sustainable infrastructure, environmental/quality of life laws still are the rule, and affordable housing still exists (at least more than in the Golden State)

Enter a new Democratic party of far-left and coin-operated/developer-dominated stooges, and a feckless Republican party who stands for...what, now? And we now have a governor who has declared himself a virtual overlord, and who has stated that the GOP is destined for the "waste bin of history".

Enter AB 1197--a California Assembly Bill coauthored by State Senator Hertzberg that will end CEQA oversight to create homeless funding with the public input the voters agreed to when they passed Proposition HHH.

Enter SB 330, the Housing Crisis Act of 2019 authored by State Senator Nancy Skinner that prohibits local agencies from disapproving or blocking low/middle-income housing. It creates a "moratorium on moratoriums".

We now have only Governor Newsom's tender mercies to protect us from the end of all local environmental oversight.

If one adheres to the idea that local and environmental oversight is just pure cruelty, racism, classism, and NIMBYism, then I imagine that bills such as AB 1197 and SB 330 looks like nirvana.

Well, it's hoped that Governor Newsom will not support developers who will build WAY MORE development for the very wealthy than the poor and middle-class...but the track record of THIS governor's Democratic Party leaves much more cause for pessimism than optimism.

But we voted Newsom and the California Legislature legally and democratically, so it's not fair to blame them for being who they are and promising what they said they would do.

But it IS fair to suggest the era of governmental transparency, voter/citizen/taxpayer representation, environmental justice, and cutting-edge transportation is pretty much dead in the once-Golden State.

(CityWatch Columnist, Kenneth S. Alpern, M.D, is a dermatologist who has served in clinics in Los Angeles, Orange, and Riverside Counties, and is a proud husband and father to two cherished children and a wonderful wife. He was (termed out) also a Westside Village Zone Director and Board member of the Mar Vista Community Council (MVCC), previously co-chaired its Outreach Committee, and currently is Co-Chair of its MVCC Transportation/Infrastructure Committee and Vice-Chair of its Planning Committee. He was co-chair of the CD11 Transportation Advisory Committee and chaired the nonprofit Transit Coalition and can be reached at [email protected]. He also co-chairs the grassroots Friends of the Green Line at www.fogl.us. The views expressed in this article are solely those of Dr. Alpern.)