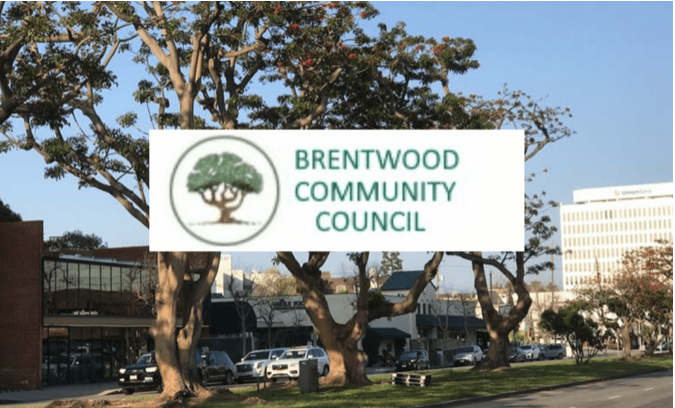 VOICES-In the last few years, the Brentwood Community Council (BCC) has devolved into an autocratic fiefdom.

This increasingly rogue neighborhood council often makes important decisions about development projects, the environment, traffic and other issues impacting the Brentwood community in private —and then presents one-sided discussions at board meetings that allow little or no opportunity for the public to give its input.

Having attended dozens of  Los Angeles Neighborhood Council meetings elsewhere across LA, as well as the Brentwood Council, I am struck by its utter lack of transparency and accountability.

I’d been told that the chair of the Brentwood Community Council, Michelle Bisnoff, uses her gavel to muzzle community members who disagree with her agenda. She pushes important topics to the end of meetings to avoid public comment and has eliminated the open meeting rules. But then I actually witnessed Bisnoff bullying someone into silence: “That’s enough,” she said, scolding a woman like a child, and cutting her public comment time short.

I spoke with multiple community members, yet none would allow use of their names -- for fear of retribution from the council chair.

“Bisnoff presents items as if they are done deals and BCC committees seem to represent special interests,” a relatively new community member told me. “It’s not even worth going to meetings anymore,” she added.

A former BCC board member says the board votes on important issues before they have a complete understanding, and "that’s a big problem,” he said.

The website reflects this Community Council’s lack of transparency, poor outreach and questionable behavior. It lists wrong board meeting dates, unconfirmed dates for land-use meetings and other committee meeting dates aren’t listed at all. It turns out that’s because BCC Committee meetings are held in private. Moreover, members listed on the web site aren’t necessarily on the committees. When a well-known environmental activist learned that Brentwood Community Council -- without permission -- listed her as a member of the environmental committee she was shocked and said, “How did that happen? I’ve never received one email from them. What the hell. . .”

Another community member I spoke with said many critics refer to BCC as the Brentwood Chamber of Commerce because it favors development interests over community interests. After attending a few BCC meetings, she said, “It’s so much worse than I could have imagined.”

Yet this community council was once held up as a model for good local governance. In 2007, then-Assemblymember Mike Feuer called the BCC, “one of the oldest, most respected, active neighborhood associations in Los Angeles.”

In 1998, before Los Angeles approved Charter Reform to improve city governance and neighborhood representation, then-City Councilmember Cindy Miscikowski created the BCC as a model for the Neighborhood Council system. She ensured seats were equally weighted for homeowners and other groups to balance the influence of monied interests.

Two BCC board members who don’t represent any community members have voting seats, in addition to acting as chairs of the Land Use and Transportation committees, creating the very imbalance Miscikowski was trying to avoid. Perhaps even more alarming, the chair of the Brentwood Council's Land Use Committee, Carolyn Jordan, is a land-use attorney who represents clients who come before BCC’s board.

Two examples illuminate BCC’s underhanded behavior and lack of community representation. At its Feb. 13, 2019 meeting the BCC agreed by consensus that the board should not take a position involving Barry’s Boot Camp. Yet, the board submitted two letters of support for the project into the record anyway. In another case, the BCC Transportation Chair applied for a grant through the City’s Great Streets Challenge without a presentation, discussion or board vote. That may sound like a small misstep, but the Brentwood Council had ignored two prominent community groups, Brentwood Homeowners Association and Brentwood Residents Coalition, that were opposed to the grant. The city denied the grant because BCC’s application didn’t even meet the city’s basic guidelines.

The BCC’s secrecy, lack of open-government ideals and failed representation for the community has created a culture of divisiveness and distrust. The Los Angeles Neighborhood Council system was set up to encourage community participation and transparency — and to be responsive to the communities the councils represent.

The BCC has diverged so far from that ideal that it's time to create a certified Brentwood council that is required to abide by open-door, competent, modern-era, public governing rules. Brentwood deserves a council that operates in the light of day, respects its community members and provides legitimate leadership. The BCC does not represent the community and City Councilman Mike Bonin should not look to this troubled and divisive body as if they do.

(Ileana Wachtel is a community activist and communication strategist. She is also a member of the Angelenos For Trees and the NSCA Tree Committee, writing as an individual.) Prepped for CityWatch by Linda Abrams.