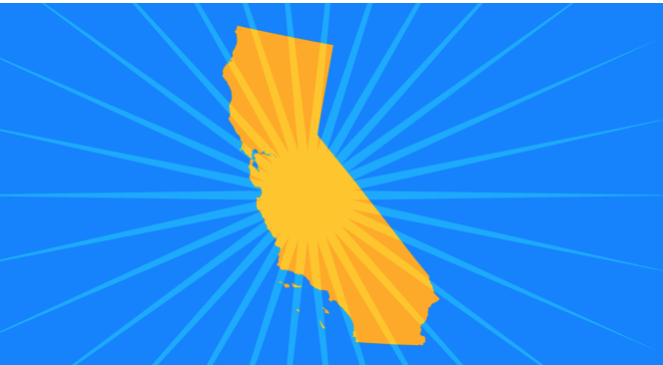 ENVIRONMENT POLITICS-“Let the sunshine in” is in reference to our California State Sunshine laws. It is what guides the public process.

The City of Los Angeles has to follow them; Neighborhood Councils have to follow them. In this case, I am referencing the Brown Act. What I am asking for in this article is more transparency in the process of passing an important bill that should be circulated statewide before it goes to the Governor for his signature.

Existing law authorizes the Department of Toxic Substances Control to compel a responsible party or parties to take or pay for appropriate removal or remediation action, as prescribed, necessary to protect public health and safety and the environment at the Santa Susana Field Laboratory site in the County Ventura. Existing law prohibits the sale, lease, sublease, or other transfer of any land presently or formerly occupied by the Santa Susana Field Laboratory unless the Director of Toxic Substances Control certifies that the land has undergone complete remediation pursuant to specified protective standards.

This bill would require the Office of Environmental Health Hazard Assessment, on or before July 1, 2020, in coordination with specified entities, to develop and implement a monitoring program to collect data on contaminants from the Santa Susana Field Laboratory that could migrate to and pollute surrounding areas.

THE PEOPLE OF THE STATE OF CALIFORNIA DO ENACT AS FOLLOWS:

On or before July 1 2020, the Office of Environmental Health Hazard Assessment, in coordination with the State Water Resources Control Board, relevant regional water boards, the South Coast Air Quality Management District, and the department, shall develop and implement a monitoring program to collect data on contaminants from the Santa Susana Field Laboratory that could migrate to and pollute surrounding areas.”

This bill, as it states above, has two parts and it leads the reader to believe that Article 5.5 of Chapter 6.8 of Division 20 of the Health and Safety Code is the existing State law. However, that is no longer the case. Article 5.5 of Chapter 6.8 of the Health and Safety Code was the Cleanup of the Santa Susana Field Laboratory, originating with Senate Bill 990 (Kuehl) in 2007: “SB-990 Hazardous waste: Santa Susana Field Laboratory (2007-2008).”

Unfortunately to some, but not for others, this bill was found to be unconstitutional by the 9th Circuit Court of Appeals after litigation was brought by The Boeing Company. (The Boeing Company v the California Department of Toxic Substances Control.)

The second iteration of this legislation, Senate Bill 633, was to implement “a monitoring program to collect data on contaminants from the Santa Susana Field Laboratory that could migrate to and pollute surrounding areas.”

For the life of this bill (SB 633) -- from February to September 4, 2019 -- this language regarding offsite monitoring stood.

Then suddenly in the third reading on September 6, 2019, the final day to amend the bill, something interesting happened: The original language that was site specific to the Santa Susana Field Laboratory, reference to Chapter 6.8 of the Health and Safety Code, was all gutted.

Who did this and why? Why did we lose the potential to have a Santa Susana Field Laboratory offsite monitoring program? And what does Senate Bill 633 say today?

Chapter 7 (commencing with Section 25560) is added to Division 20 of the Health and Safety Code, to read:

For purposes of this chapter, the following definitions apply:

(a) “Contaminated site” means a site contaminated with any material over which the department has jurisdiction.

(b) “Department” means the Department of Toxic Substances Control.

(a) Any cleanup standards finalized by the department on and after January 1, 2020, for a contaminated site shall be, at a minimum, protective of reasonably foreseeable land uses of the site, as determined by all the uses allowed under the applicable zoning and general plan land use designations.

(b) In finalizing cleanup standards for a contaminated site, the department shall consider both of the following:

(1) The history of, and potential for, future migration of contamination offsite or to groundwater or surface water.

(2) Current and anticipated future uses of land in the vicinity of the site.

1).  Require any cleanup standard for a contaminated site finalized by DTSC, on or after January 1, 2020, to, at a minimum, be protective of the reasonably foreseeable land uses of the site, as determined by all uses allowed under the applicable zoning and general plan land use designations; and,

2).  Require DTSC, when finalizing cleanup standards for a contaminated site, to consider the history of, and potential for, future migration of contamination offsite or to groundwater or surface water and the current and anticipated future uses of land in the vicinity of the site,

Carpenter-Presley-Tanner Hazardous Substances Account Act (HSAA): State law provides DTSC, with general administrative responsibility for overseeing the state’s responses to spills or releases of hazardous substances, and for hazardous waste disposal sites that pose a threat to public health or the environment. DTSC utilizes the HSAA for cleanup of contaminated sites and the Hazardous Waste Control Law for the regulation of hazardous waste sites. Additionally, DTSC ensures that the state meets the federal requirements that California pay 10 percent of cleanup costs for federal Superfund sites and 100 percent of the operation and maintenance costs after cleanup is complete. The HSAA, provides DTSC with the authority, procedures, and standards to investigate, remove, and remediate contamination at sites; to issue and enforce a removal or remedial action order to any responsible party; and to impose administrative or civil penalties for noncompliance with an order. Federal and state law also authorizes DTSC to recover costs and expenses it incurs in carrying out these activities.

DTSC's cleanup process: The cleanup process under the HSAA is a very comprehensive process designed to ensure that a contaminated site is cleaned up in a manner to protect human health and the environment. The process begins with an assessment of the contaminated site, known as a Preliminary Endangerment Assessment (PEA). The PEA is a detailed evaluation of the contaminated property including assessing past uses of the property, past and current land uses, identifying potential exposure pathways on site and off site for the contamination on the property, as well as sampling of soil and groundwater at the site. Based upon the PEA, the cleanup of a site could include the need for a land use covenant which is a document tied to the property detailing the contamination on the site and any restrictions for future use of the site. Additionally, the site is cleaned up to a standard that meets the intended land use of a site. For example, if a contaminated property is zoned for residential use, then DTSC would require the site to be cleaned up in a manner that would allow for residential housing to be built on the site. SB 633 is designed to codify DTSC's current practice of requiring the cleanup of a site to meet the expected land use of that site.

According to the Author: "This bill states that the determination of anticipated future land use for setting cleanup standards is based on all the land uses allowed by local zoning and General Plans land use designations for the site. The bill also states that in setting cleanup standards for a contaminated site, in addition to anticipated future land use of the site, DTSC shall consider present and anticipated future use of land in the vicinity of the site, and the potential for migration offsite and into groundwater or surface water. These provisions are vital in protecting public health and nearby populations." Arguments in Support: None on file.

Arguments in Opposition: None on file.

FISCAL COMMENTS: No fiscal analysis for this version of this bill.”

What is not made clear in this comment from the Author is that The Boeing Company has an environmental or conservation easement on its portion of the Santa Susana Field Laboratory. See:

Are we opening a “Pandora’s Box” by creating a statewide bill for DTSC based on zoning rather than future planned land use? 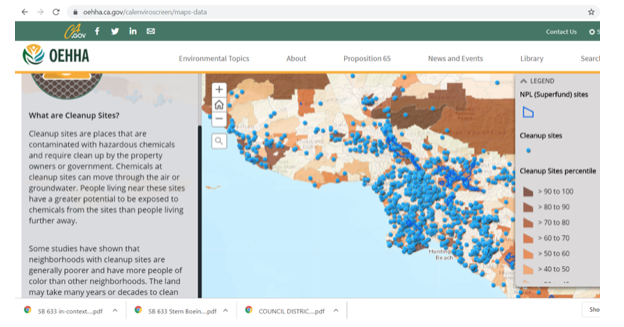 These are cleanup sites for parts of Los Angeles and Ventura County that could be impacted by this law if the cleanup standard for a site is not in place by January 1, 2020.

Senate Bill 633 will impact clean ups of “Contaminated Sites.” It is now almost ready to go to the Governor for signing. Although I am not an attorney, I do have the following thoughts to share with concerned CityWatch readers:

This bill will probably be approved by this Friday, September 13, 2019, which is the last day for legislation.

Time is of the essence!

Please send your comments to your State Senators and Assembly members.

Please urge the Governor to veto this bill as amended until it can be given a new number, and it is circulated statewide for all jurisdictions and the public to consider.

You can contact the Governor via web form on this link.  You can also call or FAX:

(Chris Rowe has been a 41-year resident of West Hills. She is a former West Hills Neighborhood Council Board Member where she was the Public Health Committee Chair. Chris has a B.S. in Health Education from CSUN). Edited for CityWatch by Linda Abrams.