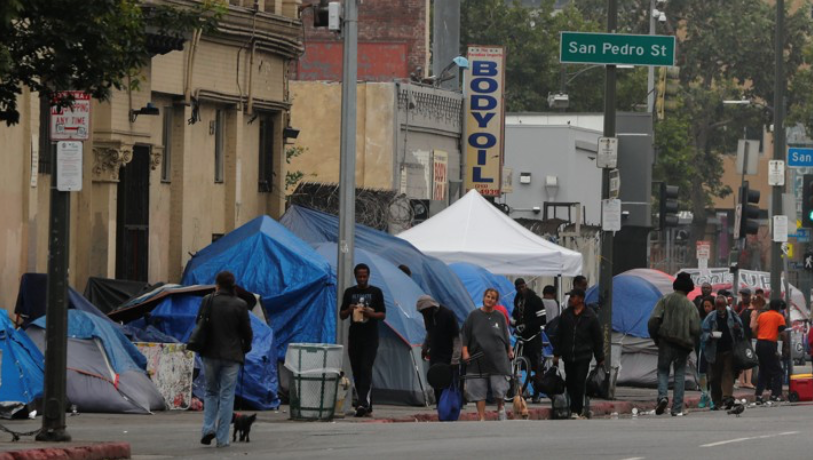 PERSPECTIVE--California has a shocking 18.2 poverty rate -- the second highest in the nation, according to a recent article in the Sacramento Bee.

The statewide housing affordability crisis, which has devastated middle- and working-class residents from San Francisco to San Diego, is fueling it.

“Californians continue to be seriously rent burdened,” says René Christian Moya, director of Housing Is A Human Right. “With a massive chunk of their incomes going to unfair, excessive rents, Californians are driven into poverty and homelessness. The rent is still too damn high. We need strong rent control and other tenant protections.”

An eye-opening study by UC Berkeley reported that “the impact of housing costs on California’s lowest-income households sets the state apart from the nation.” Researchers found that “extremely low- and very-low income households face the greatest hardship, with 77 percent and 48 percent spending more than half of their income towards rent, respectively.”

Another study by the California Budget & Policy Center found that nearly one in three California families pay more than half of their income on housing -- and eight in 10 low-income households have unaffordable housing costs.

In Los Angeles, where rents are among the highest in the nation, a five percent increase will drive another 2,000 people into homelessness, according to Zillow. Unsurprisingly, in 2018, L.A. was hit with a 22 percent increase in homelessness among senior citizens aged 62 and older.

These statistics show why top experts at USC, UCLA, and UC Berkeley agree that rent control will stabilize California’s housing affordability crisis. Rent control, along with other tenant protections and the production of truly affordable housing, is essential for lifting people out of poverty -- and keeping people in their homes.

Housing Is A Human Right and AIDS Healthcare Foundation are the leading organizations behind the Rental Affordability Act, the statewide initiative that allows local communities to expand rent control. The organizations seek to place it on the 2020 ballot.

In a recent poll, 75 percent of California voters who are likely and extremely likely to vote in the 2020 election said they were likely to support the Rental Affordability Act.

(You can reach René Christian Moya of Housing is a Human Right at:  rene.moya@housinghumanright.org)