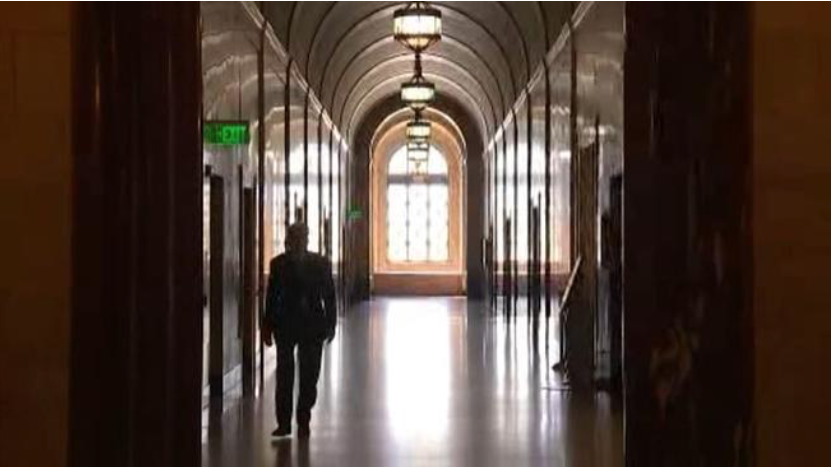 @THE GUSS REPORT-A few weeks back I reported that a Los Angeles judge whose courtroom is situated across from LA City Hall awarded me $2,000 for ongoing abuses of my 1st Amendment rights by the LAPD as I expose corruption, failure and nepotism in local government.

I didn’t sue because it was fun. It wasn’t. It’s because City Hall, the LAPD, LA City Attorney’s office and myriad city agencies have abused the rest of us for far too long, and they instinctively flex their arrogant muscles to stop or inhibit those of us who report on them with unflinching clarity.

There’s no word yet on whether the City will appeal, but if it does it will lose more money, spend more money in the process and both sides will then be allowed to use attorneys in an un-appealable retrial.

The City of Los Angeles government doesn’t care about losing or spending more money; it cares about being exposed, especially by those of us who speak with people in dark corners who know where the bodies are buried. If we do return to court, we will subpoena LA City Council president Herb Wesson and prove that the LAPD’s abuses were, contrary to its prior claims, politically motivated and driven by Wesson and Mayor Eric Garcetti.

It will also further expose LAPD officer Tracy Banuelos as a perjurer for her sworn-in-court denials about the LAPD’s politically motivated harassment.

As CityWatch readers, most of you know that with very few exceptions, the public is entitled to see public records generated by our governments. Governments, not just the City of Los Angeles, hate this and employ tactics to stop us, including randomly denying records exist; charging randomly applied fees for those records; dragging their feet in providing them; providing only some of them; redacting them and ignoring the requests altogether.

The City of LA for the most part takes a “sue us if you don’t like it” approach.

Okay, then. I’m suing it again, and this time it isn’t in small claims.

This week, I’m filing this lawsuit for Garcetti’s use of a private Yahoo email account to hide public activity, a malignantly cancerous City Hall practice that I reported on earlier this summer.

At the end of the day, you may find out about a lot more than just Eric Garcetti.

Speaking of the LAPD, I got a call from one of its officers late last week regarding a public records request I made for several 911 call recordings.

The female officer asked me “what do you mean by ‘recordings of 911 calls?’”

I responded by asking her how much clearer could that request be? I wanted recordings of them.

When she stated that the LAPD doesn’t release 911 calls, I asked her if she ever heard of the O.J. Simpson double homicide case and Nicole Simpson’s horrifying 911 call that anyone who followed the trial heard endlessly.

“Oh, if you want to sue us for it, then I guess you can have it,” she told me, which is patently untrue. I am not required to sue in order to access them.

That’s the LAPD’s way of attempting to run interference as a favor for politicians and against the rest of us. But if it doesn’t cough up the goods, it’ll get sued again, and I’ll tell you about it.

A short while after the call, I got an email from the LAPD stating “that ‘unusual circumstances’ exist with respect to the request…and therefore, my staff will require the statutory fourteen days extension of time in which to respond.”

I’m just some guy with a keyboard and more backbone than the LA Times. There’s nothing to fear here, LAPD. Or is there? What say you, Internal Affairs?

Speaking of my backbone, over the past few weeks, I repeatedly pointed out to LA City Council, City Attorney Mike Feuer and the General Services Department that the City Hall media suite is out of ADA compliance. More than 40 points of contact about the subject were ignored.

Having had two back surgeries, regular acupuncture and chiropractic care and thousands of trigger point injections, the City of Los Angeles needs to do better in terms of access, not just in this suite but everywhere it sets up shop.

One tipping point for me on this issue took place last month when Councilmember Marqueece Harris-Dawson openly laughed about the subject. I cautioned him that laughing might be the thing that gets the city sued for these violations; a bad thing as it plans for an Olympics in a decade.

The other tipping point happened when I discovered that City Hall recently provided free parking to one of its most notorious gadflies, but refused to provide it to me, despite my oft-injected back.

On the slow ride back to the Valley, I took Harris-Dawson’s implied dare and contacted an ADA compliance law firm. A claim was immediately filed against the City, which will now be forced to respond.

But that’s not the only thing Harris-Dawson has done to draw legal risk toward City Hall.

In a recent City Council committee meeting, as other gadflies were being ejected, Harris-Dawson declared that they would be suspended from going to other meetings as a consequence.

That flies directly in the face of a recent court ruling regarding what’s known in City Hall as Rule 77:

“(The City of LA’s) amended Rule bans an individual who commits an act of actual disruption not only from continuing to attend the meeting at which the disruption occurs but also from attending a meeting or meetings in the future. Defendants cite no authority directly supporting the proposition that a municipality may ban an individual from attending future public meetings based on the individual’s prior disruptive conduct.”

Harris-Dawson, whose website still lists personnel who no longer work in his office, had nothing to say on the issue, until I advised that if he wished to remain silent I would seek comment from those who are running to replace him, such as CD 8 community activist Denise Francis Woods.

Suddenly, Harris-Dawson’s chief of staff and new media flack responded, albeit in a way that Simon and Garfunkel described as people talking without speaking and people hearing without listening.

Other City agencies which have long ignored public records requests (here’s looking at you, LA Animal Services, LAFD, et al) should take note. Suing you will be no joy ride, but you make it necessary and are next in queue.