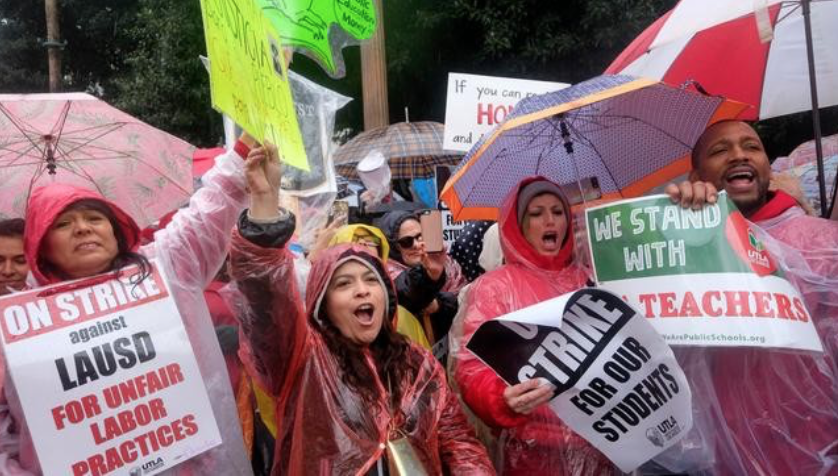 The deal included a section titled, “No Retaliation/Discipline/ Discharge,” stating:

“The parties agree that there will be no retaliation, reprisals, discharge, harassment of any kind, or discipline issued or pursued against certiﬁcated bargaining unit members as a result of participating in or supporting the parties' collective bargaining, impasse procedures, the strike, and/or other concerted activities such as meeting boycotts leading up to and during the strike.”

Yet, after the strike, LAUSD:

On May 22, 2019, UTLA held regional Area Meetings where members passed proposals calling for fair treatment of UTLA’s Retaliated Strikers. To date, the district has not reversed this retaliation.

LA’s educators are simply asking the district to honor its agreements so we can focus on what we love doing most—teaching, learning, and serving our students.

There is something you can do to help.

Thank you for joining the struggle. We must force the district to respect and honor the eﬀorts of the teachers and the Health & Human Services Professionals of UTLA. We serve students, parents, and community members every day.

(David Lyell lives in Los Angeles and is a graduate of AFI’s Screenwriting program and has filmed over 35 movies, tv shows, and commercials. He has studied acting and improv with The Groundlings, Debra Magit, Guy Camilleri, and Richard Henry. He served as the elected Secretary for United Teachers Los Angeles from 2011-14.) Prepped for CityWatch by Linda Abrams.