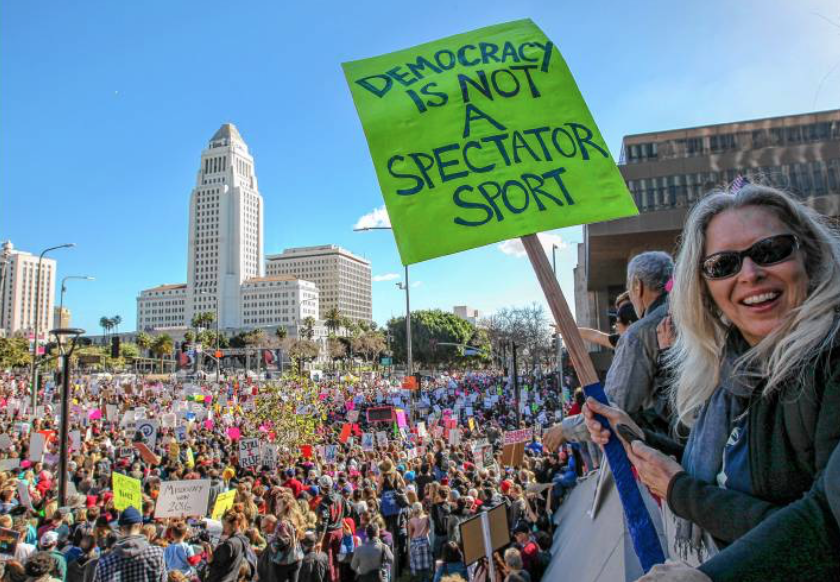 ALPERN AT LARGE--I have always been in awe of those who give so much of their time to their community.

Volunteering at events, with their church, with their Boy/Girl Scout troop. Where would we be without them? How would we function? What makes them tick?

In particular, I was in awe of those Expo Line supporters who were so old that they wondered if they would even be alive to see it built ... but they gave it their all in the most altruistic, selfless way one can, outside the battlefields of war. And some folks did give it their all and did NOT live to see the Expo Line built.

Everyone has their own story, and their own motivating inspirations. Everyone also has their own challenges and adversities to overcome--jobs (maybe multiple jobs), family lives, deaths in the family, children, elderly parents to take care of.

To watch TV, to chill with the spouse and the kids, to read a book...and did I already mention the need to sleep?

The civic activism of Richard Riordan's Neighborhood Councils (NC's) has been under assault in a very bad way by the City Councils and Mayors who followed him. Arguably, the behavior of City Hall (WE will take care of you, because you're not smart enough to take care of yourself, your taxes, your schools, your roads, your parks, etc.) proved that Riordan was right.

And Riordan's successors made it damned clear that Riordan and his idea of NC's was spot-on.

Too many people don't vote, and the 8-5 workday of City Hall power brokers and lobbyists to get paid to step on the constituents and taxpayers of Los Angeles, and the endless series of legal actions by non-elected judges, and the endless new initiatives of non-voted, agenda-driven entities probably draw the conclusion that it makes NO sense to vote.

Move, and perhaps find a better way to keep your money and your sanity.

Keep your head down, mind your own business, and ignore all the bad news and loss of rights because to do otherwise leads to mental and physical health problems. Just breathe, and live your life, and realize you do NOT live in a democracy or a democratic republic.

Go to a few meetings, and/or e-mail your exhausted local volunteer Neighborhood Council official, and get on their case why the City is so messed up and not doing its job.

Put up your dukes and consider being part of a neighborhood or homeowners association, or a Neighborhood Council, or some grassroots effort.

That last choice sounds kinda like jury duty, huh? Go to an evening meeting? A weekend event? When you're physically and emotionally exhausted?

Yet everyone reading this (and arguably, those NOT reading this are the ones who probably need to read it the MOST, because they presumably think that CityWatch and NC's are all a big, fat waste of time) probably knows that--like jury duty--if we didn't have civic involvement, then our lives would inevitably be worse.

It's been said by many, and by no one single person, that "Freedom Isn't Free".

In these politically-charged times, it's easy to ignore local issues.

But the question of when our backs are against the wall with a Mayor and Governor who is pretty much the same guy, and who are both truly noncaring about feces and used needles on our streets, and who are both by far more compassionate about helping those who break the laws than those who follow the laws ...

... will be answered by one of the four choices above.

Which choice shall be made by the citizens of the City of the Angels?